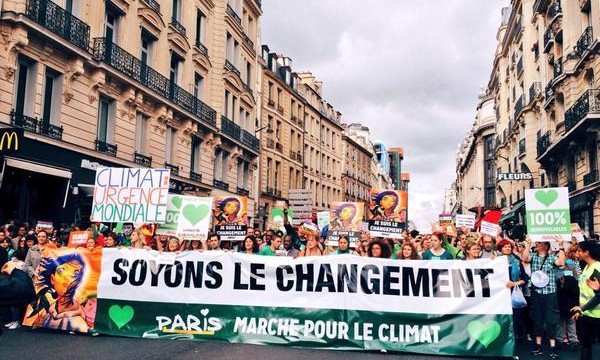 The first thing to understand about the negotiations on climate change that open today in Paris is that they are not about emissions reductions. If they were, they would be over. Nearly every country has already submitted its emissions reduction commitment. No country has changed its proposed commitment in response to criticism from others. No country will be asked to reduce their emissions by a greater amount at Paris.

If Paris is not about negotiating emissions reductions, what is it about? Some people call them meta-negotiations. They are about the framework within which emissions reductions will sit. They are about things such as how we will record commitments, how we will measure progress against them, and how much rich countries will pay for action in poor countries (on the implications of this for Australia, see this excellent post by Robin Davies).

With little over-simplification, the answer can be given in one word: Europe. The European Union was never happy with the outcome of Copenhagen, which was formalised the next year at Cancun. This was partly because Copenhagen was a deal between China and the US. The EU had no choice but to sign on, but it certainly wasn’t their agreement. It was also because the Copenhagen-Cancun agreement was very “bottom up”. It was based on a set of political decisions. There was an agreement, but no treaty for countries to ratify. The EU, a body borne of treaties, abhors such an approach.

Europe only had to wait a year after Cancun to be able to exert its influence. 2012 was the last year of the first commitment period of the Kyoto Protocol. By the end of 2011, at the next annual climate change conference after Cancun, in Durban, the issue of what to do with Kyoto, which had long been pushed to one side, could be no longer. Other major developed economies – the US, Japan, Canada and Russia – had already walked away from Kyoto. Europe was the only power that could keep Kyoto alive by agreeing to a second commitment period. The developing countries viewed the demise of Kyoto as letting the developed countries off the hook. Since only the EU could deliver what the developing countries wanted, suddenly Europe had leverage. It used this leverage to extract what it wanted: agreement that a new framework would be negotiated. This it got through the Durban Agreement, which announced a new four-year negotiating framework, culminating in 2015, culminating in Paris.

Many other countries have now rallied behind the European cry for a new treaty. There are certainly advantages to it. Agreeing on a new treaty would help signal that the world as a whole takes climate change seriously. And Copenhagen-Cancun was a very messy framework, which could doubtless be improved on in many ways. A solid detailed agreement from Paris would certainly take the world forward.

But there are also risks. I would highlight three. The first is that there won’t be a new agreement. There is massive political will for a treaty of some sort, but still a high level of confusion over what that means, and certainly no guarantee of success. A couple of months ago, the negotiating text was some 90 pages, with masses of “square brackets” indicating disagreements. This was then reduced – at the request of all countries – last month by the two negotiating chairs to just 20 pages, a major breakthrough, but one which didn’t last. At the final negotiating session before Paris the text went back up to over 60 pages: nearly all the additions were disagreements that at least one country, typically several, didn’t want taken off the table.

There are any number of contentious issues, and very basic ones at that. What sort of distinctions there should be between the responsibilities of developed and developing countries is the most fundamental. For example, should China and the US be subject to the same external scrutiny regime? The simple answer would seem to be of course yes, but China certainly doesn’t see it that way.

The 20-page negotiating text released by the co-Chairs removed all reference to Annex I, the 1992 UN Framework Convention on Climate Change (UNFCCC) classification of developed countries based on 1992 status, which so far has been fundamental to defining a country’s responsibilities. Much more is expected if you are in Annex I than if you are not. The new text has brought that distinction back. Developed countries hate the Annex I classification, which they regard as backward looking and out-of-date. But everyone has to agree that the Paris negotiations operate under the UNFCCC umbrella, and some developing countries, notably India, are still deeply attached to its Annex 1/non-Annex I dichotomy.

But there are also new issues: for example, whether developed countries should pay compensation to developing countries for climate change inflicted “loss and damage”. And there are ever more groupings between which countries negotiate. Climate change may simply have become an issue that is too complex and fractured to reach a new all-encompassing agreement on, not only this year but perhaps indefinitely.

The second risk is that if there is a new agreement it won’t take us much beyond Copenhagen-Cancun, or indeed might take us backwards. This is the “plain vanilla” option, which may be the most likely outcome for Paris. Under this scenario, any issue on which there is disagreement at Paris will simply be omitted. Again, the short-lived 20-page text is instructive. On the key issue of external scrutiny, it is very vague, declaring that a “transparency system” will be established but saying next to nothing about how it will work. This actually represents regress relative to Copenhagen-Cancun, which did reach an agreement on scrutiny for all countries, albeit one softer for developing countries.

The third risk is that all the focus on meta-negotiations dilutes the emphasis on the core job of actually reducing emissions. It is worth remembering that the basic idea that developed countries would submit quantified emissions reduction targets and developing countries submit targets in whatever form they want was one agreed at Copenhagen. Copenhagen agreed on targets to 2020. Rather than negotiating a new framework, imagine if at Durban all countries had simply agreed to submit targets by Paris in 2015 for 2030 using the existing Copenhagen-Cancun framework. Paris would be a guaranteed smashing success, and the world would be energised to achieve, and perhaps exceed, the targets set.

Instead the targets are in, but there is still all to play for. It is far from clear that the world has changed so much over the last five years that areas of disagreement at Copenhagen-Cancun will become areas of agreement at Paris. If there is no agreement, momentum will be lost. If there is a weak “plain vanilla” agreement, many countries will go away unhappy, and it is unclear what will happen to global momentum.

No country will be more important to the outcome than China. At Copenhagen, China was painted as the villain, but in fact concessions from China (its submission of a target, its willingness to have some scrutiny of its emissions) were essential to getting an agreement then. It will be the same in Paris. If China is willing to see the Annex I categorisation buried, and if it is willing to submit itself to the same scrutiny as the US when it comes to emissions, then a good agreement in Paris seems assured, as other major developing countries will be forced to fall into line behind it. Even then the agreement might be criticised or blocked by smaller developing countries, but at least there would be a solid agreement supported by most countries. One reason there is so much uncertainty about Paris outcomes is that China has been keeping its cards close to its chest.

In summary, only if there is a strong agreement that clearly takes us beyond the Copenhagen-Cancun framework will history judge Europe’s gamble to be worth it. And it is China more than any other country that will determine whether Paris is a success. In a sentence, Paris is Europe gambling on China.

Stephen Howes is Director of the Development Policy Centre. In 2008, he worked on the international aspects of the Garnaut Review of Climate Change.