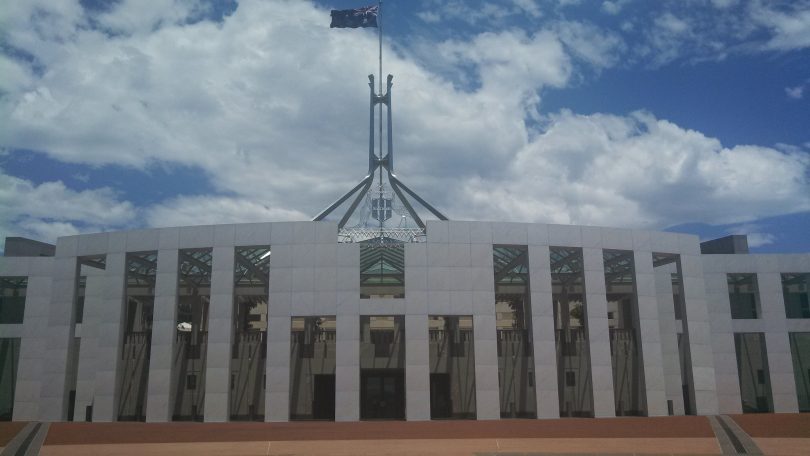 It was a welcome development. Earlier in 2013, we had written a policy brief calling for a parliamentary subcommittee focusing on Australia’s aid program. The benefits of a parliamentary aid committee were also raised in the 2011 Independent Review of Aid Effectiveness. ACFID had also called for the formation of an aid subcommittee, as did an independent task force convened by the Australian Strategic Policy Institute and the Foundation for Development Cooperation in 2011. In a 2012 blog post for Devpolicy, John Eyers had suggested that establishing an aid and development subcommittee under the Joint Standing Committee on Foreign Affairs, Defence and Trade would improve the attention given to the aid program in Senate Estimates, “which tends to be dominated by the most topical issues.” The 2013 review of aid to Afghanistan had also recommended a parliamentary committee be established.

What has happened since the Foreign Affairs and Aid Subcommittee was created at the end of 2013? Has it enabled effective parliamentary oversight of the aid program? Or is it a case of being careful of what you wish for?

The JSCFADT Foreign Affairs and Aid Subcommittee has completed two aid inquiries since its establishment. The main one, titled “Partnering for the greater good: the role of the private sector in promoting economic growth and reducing poverty in the Indo-Pacific region,” was released in June 2015. The report ran to 282 pages, and ended with 37 recommendations.

This private sector inquiry, the Committee’s main effort to date, should have been a success. It was commissioned by the Foreign Minister in February 2014, not long after the elections, during a period of policy development in relation to an area – the role of the private sector in aid and development – that was clearly a priority for the new government.

It should have been a success, but it doesn’t seem to have been.

For a start, the quality of the report was suspect. Robin Davies called it an “unruly menagerie of various people’s pet preoccupations” with a lack of “clear articulation of the range of objectives that DFAT or any other official aid agency might have in entering into partnerships, particularly partnerships involving some kind of public subsidy, with private actors”.

Moreover, it seems to have sunk with little trace. In August 2015, the government released a “Ministerial Statement on engaging the private sector in aid and development.” This referenced the Committee’s report as having been written, and said that it would “help guide the Australian Government efforts to mainstream engagement with the private sector across the entire aid program”, but there were no specific references to it.  A “Strategy for Australia’s aid investments in private sector development” was also released in October 2015. It is hard to discern any impact from the report in that strategy, or even a mention.

There was at last in January 2016, almost two years after the report was commissioned, a government response, and nearly half of the recommendations were in fact agreed with. That said, in all cases where recommendations were accepted, the response of the government is along the lines of “we agree with that and we are already doing it”, rather than “that’s a good idea, and we’ll try it out.”

The second inquiry of the Foreign Affairs and Aid Subcommittee, begun in September 2015, was a much more modest affair. The inquiry was meant to be into “the role of development partnerships in agriculture and agribusiness.” The terms of reference made only a marginal mention of nutrition, but this nevertheless became the focus of the Committee’s work. “Food for thought: improving health and nutrition in the Indo-Pacific region” was released in May 2016 (with elections looming) as a preliminary report. It ran to 109 pages, and had just four recommendations, of which only one was accepted. The inquiry lapsed with the 2016 elections.

Other aid and development reviews have been completed in recent years by other parliamentary committees. In December 2013, the Senate Foreign Affairs, Defence and Trade References Committee commenced a review into the abolition of AusAID and aid cuts under the Coalition, reporting in March 2014. Not surprisingly, given that the Opposition had a majority on the Committee, the government agreed with only a few of the recommendations of the report, but the review was timely, relatively bipartisan and did at least provide a forum for timely debate and review.

The same Senate Committee began an inquiry into aid to PNG in 2014. This one took 16 months to complete. Its report received a mixed review by Camilla Burkot, and has also suffered from a lack of uptake. Only 7 of its 18 recommendations were accepted.

Finally, the JSCFADT Human Rights subcommittee completed an inquiry into “the human rights issues confronting women and girls in the Indian Ocean – Asia Pacific region.” Its report “Empowering women and girls” took 21 months (March 2014-November 2015) to write. Nearly all of its recommendations were accepted (28 out of 33 related to aid), but only in the sense mentioned above of “that’s a good idea, and we’re already doing it.”

In summary, the problem has not been the volume of reports. The Foreign Affairs and Aid Sub-Committee has produced two aid reports in its four years of existence, and there has been a total of five aid-focused committee reports since 2014. This would be, we venture, a major increase over any earlier period. And yet, it has to be said, the quality and impact of the reports leave much to be desired.

The main problem is the old one that, in aid, it is all too easy to argue that there should be more X, where X is spending on education, or health, or infrastructure, or a focus on gender, or disability, or the environment. It doesn’t really help the aid program to get these sorts of recommendations. They are not new. Most are already agreed to; nearly all have been considered. And it is difficult for parliamentary committees to dig deep enough, from scratch, to be able to come up with more of a novel contribution. Even if they do, aid agencies tend to have their hands full with the crowded agenda they are already implementing.

What should be done? How can we get a greater return from the investment made not only by our MPs and Senators and their staff, but also by the hundreds of organisations who put in submissions to these inquiries. (As we show in our background table, the five inquiries received between 51 and 154 submissions.)

When the Foreign Affairs and Aid Subcommittee was formed in 2013, one key recommendation from our policy brief was overlooked. We argued that, rather than pursuing its own inquiries, the committee should scrutinise evaluation and review documents produced by the aid program itself. To quote ourselves:

Rather than launching new inquiries, what we really need is a body that will read the evaluations and reviews that are already being produced, comment on them, and examine the follow-up. Without this mechanism on the demand side, there is no guarantee that the supply of evaluation documents will have any impact at all, or even that they will be read. This is in line with what the UK International Development Committee (IDC) does. Although it also launches its own inquiries, the IDC also reviews DFID Annual Reports and has its own subcommittee that monitors and reviews the work of the Independent Commission for Aid Impact, the UK’s (more independent) version of our own Office of Development Effectiveness.

The subsequent performance of the various parliamentary committees writing aid reports has validated our recommendations. As recent blogs have noted, DFAT and its Office of Development Effectiveness (ODE) are producing more evaluations than ever before. DFAT also produces annual reports on the performance of the aid program overall and on the various country programs. But who reads these reports? Who judges their quality, and who asks for the follow-up? Let this be the role of the Foreign Affairs and Aid Subcommittee. Creating a stronger accountability and feedback link between parliament and the aid program in this way would give a much higher return to parliamentary effort than the production of any number of well-meaning, wide-ranging, but ultimately ineffective parliamentary reports.

A summary of information about the five parliamentary inquiries can be found here.