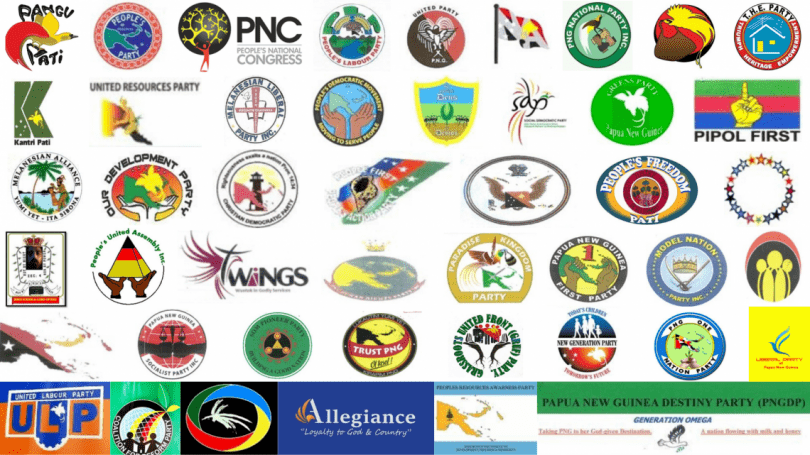 Papua New Guinea has many parties in parliament. PNG’s average of 19.6 parties elected at each election between 1997 and 2017 is higher than many other countries with multi-party systems. (For example New Zealand has had on average five parties in its parliament in the same period.)

When discussing parties in PNG’s parliament, it is important to realise that some MPs are elected unaffiliated to any party (so-called independents). The share of MPs elected as political party members was at its lowest in the 1990s, but has been 80 percent and above since 2002. 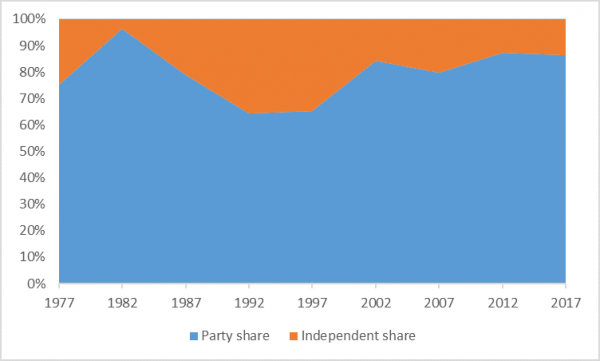 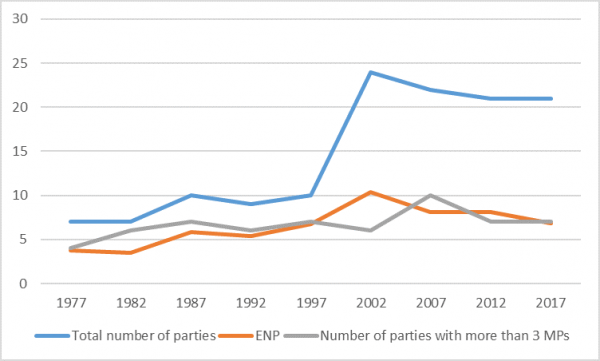 When governments are formed in PNG, they usually have large established parties at their core. The table below shows which parties have held the important positions of prime minister (PM) and deputy prime minister (DPM) and their relative sizes, both immediately after elections. Except for 1987, 1992 and 1997, the ruling party (PM’s party) has always been the largest in parliament. The PM’s and DPM’s parties have never on their own commanded a majority in parliament. Governing coalitions have required more parties.

The average number of years that any PM, after the election, has been able to serve is 3.2 years. Is there a relationship between government tenure and how large the PM’s party is, or between the number of effective parties?

It seems reasonable to assume, first, that governing coalitions with larger parties at their heart will serve longer; and, second, that more fractured parliaments will be more unstable.

The charts below show the relationships of interest.

In summary, although PNG’s parliament is made up of many parties, a smaller number of large parties form the centre of political coalitions. Yet surprisingly, greater fragmentation following the elections does not seem to lead to increased political instability.

Notes: The author would like to thank Dr Terence Wood for insights and comments on earlier drafts. Party data were taken from a number of sources: H. Okole (2005) ‘The fluid party system in Papua New Guinea’; R.J May (2008) ‘Political parties in Papua New Guinea’; M. Rooney (2019) ‘Political developments in Papua New Guinea in a historical context’; PNG Elections Database; and Wikipedia ‘Elections in Papua New Guinea’. Effective parties were calculated using the effective parties index by Laakso and Taagepera (1979) ‘Effective number of parties – measure with application to West Europe’, and using number of party wins at elections, excluding seats for which election results were yet to be declared. This paper assesses party membership at the time of the election, counting only elected MPs who campaigned as a party member.  After elections, some independents join parties, and during the parliamentary term, a number of MPs switch sides. These are matters for further research.