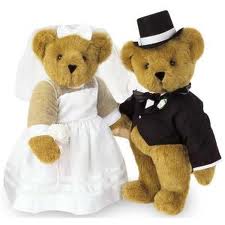 Partnerships are an almost inescapable aspect of the world we live in. Many of us will enter into a business partnership at some stage in our lives, and most will end up partnered in a relationship.

Partnership is everywhere in development these days too. It underpins the Paris Declaration, the Accra Agenda and the Cairns Compact. In Tanzania a group of donors have even consummated their partnership online.

In his recent post Oxfam’s Bill Morton does an excellent job of both outlining some of the challenges of development partnerships, and of taking donors to task for failing to match their partnership rhetoric with action. I agree with almost everything he writes. In a recent post of my own on evidence I worried that the current quest for evidence in aid might lead to some types of development work being privileged over others, and I think a likely victim of this is the hard to quantify work inherent in fostering partnerships where, as Bill notes, “demonstrating evidence on impact may be difficult in the short term.”

Likewise I agree with Bill that a genuine commitment to development partnerships requires a particular approach to staffing at the donor end. Bill raises the specific issue of staff turnover (development partnerships need to be sustained by ongoing working relationships between individuals) to this I’d add that staffing numbers themselves are important. Building the individual bonds necessary to foster trust and communication between donors and recipients takes time and requires adequate staff. Something that’s at odds with the aid world’s current obsession with low overheads.

The particular problem I see with donor/NGO partnerships is that they are rarely adequately enclosed in the type of institutional protections necessary to balance the power imbalances involved. To give a hypothetical example, if you’re a donor and you’re dealing with an incompetent NGO staffer who is not meeting reporting requirements, you’ve got an easy solution: you can cut funding. But if you’re an NGO dealing with a staff contact who is clueless, pedantic, inefficient, antagonistic, or even just overworked, and who is failing to process your funding agreement for a new financial year, there’s relatively little you can do. If you’re feeling brave you could complain, but this won’t necessarily achieve much, other than ensuring the enmity of the desk officer you’re working with. Which means that what a lot of NGOs end up doing in these situations is biting their tongues and bridging the funding gaps somehow. Just to be clear this doesn’t happen to all NGOs all the time — often the relationships they have with donors are good — but it does happen, in spite of the ubiquity of partnership rhetoric. The solution to this is easy enough, I think: afford NGOs some sort of no-risk formalised complaint process, through which they can air their grievances without fear of payback. Some donors do have mechanisms like this in place but they’re still much less prevalent than one would expect given all the talk of partnership. (I’m also unaware how effective those mechanisms that actually exist are. If anyone’s had any experience of them I’d be interested to hear.)

The key issue I see with donor/recipient country partnerships is that the partner at the receiving end isn’t the actual desired ultimate aid recipient (i.e. people living in poverty in the country in question.) Instead the partner is the government. Which is fine if the country in question is well governed by a democratic and representative state. But this is almost never the case in developing countries, where problems of governance are legion, and where the lines of accountability between the poor and the state are weak and distorted.Simple talk of partnership seems totally out of place in these environments.

This doesn’t mean that donor/ recipient country partnerships are impossible but it does mean they are much more difficult than donor agreements and their associated rhetoric would suggest.

Development partnerships are worthwhile, but proper partnerships can’t be called into being by donor declarations alone, they take time, staff, support mechanisms, and careful attention to context.