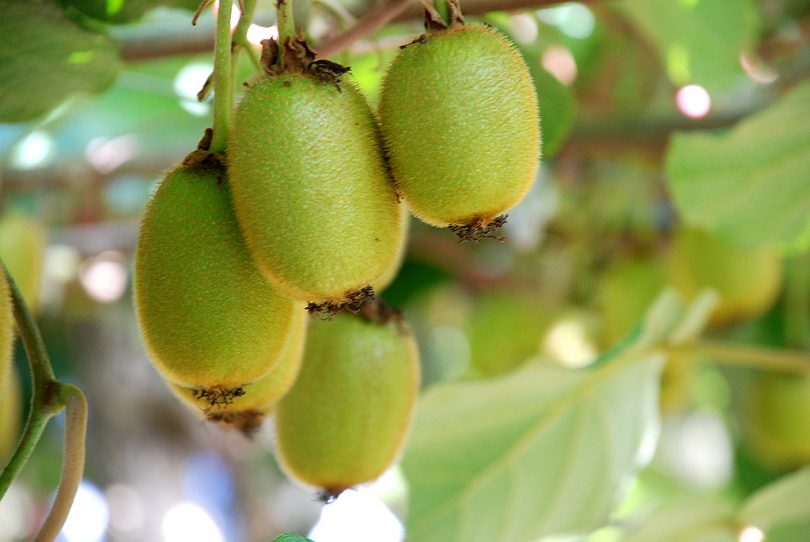 Below, Ann Cheffers interviews Florence about her experience as an RSE worker. Florence is a Solomon Islander who participated in the RSE scheme in 2014 and 2015. She is based in Honiara.

Can you tell me about yourself?

My name is Florence and I am part Isabel and part Russell Islands in Central Province. I am the first born in the family, there are 6 of us – four boys and two girls. I am 36 years old and married, we have 2 boys who we’ve adopted, one is 7 years and the other 5 years.

How many times have you participated and what made you decide to participate in the scheme?

I have worked in NZ for two seasons in 2014 and 2015 but have not returned in the last two years despite being asked to. I found out about the RSE through my friend who had already been working for 7 seasons. When I applied, I was already working for a Sheet Steel company here in Honiara for some years. My partner didn’t agree with my decision to go at first but my motive to travel out and work was because I was tired of depending on the company for everything.

What process did you have to go through?

The first part of the process was to fill out a form and lodge it with the Solomon Islands Department of Foreign Affairs. We had to list the reasons why we wanted to go. If you had a good job you weren’t likely to be chosen, mostly poor people who didn’t have a good education or couldn’t find good work were prioritised. Based on the applications the Department chose, the agents for the companies in New Zealand then had to further decide and contact the applicants for an interview. Once the agent, who was a Solomon Islander woman, chose me then she told me to prepare my passport and that she would call me again two months before we were due to travel, this is so we could undergo medical checks and other procedures.

Where did you go to in NZ and what work did you undertake?

For both seasons, I worked in Hawkes Bay as a pack house worker. There were 15 of us in the first season where 2 were part of quality control and one was a supervisor. There were 3 apple fruit graders including myself and the rest worked out picking on the farm.

Did you find that you were well prepared?

For me it was not my first time overseas. For others who travelled with me, they were more nervous but we went as a team and worked as a team. The agent really prepared us and even travelled out with us in the first season. The visas and airfares were paid for by the company so we only paid for our passport and medical check-up etc. The agent treated us like her family, we were very well prepared for each season from start to finish. Our contracts were sent to us 3 weeks before so before we left so that we knew our exact rates of payment beforehand. Once we arrived the company gave us our induction and they had even prepared ATM cards for us and gave us two weeks’ allowance.

The salary was very good. We stayed in cottages and only paid for half of the rent which the company deducted from our weekly salary and the other half was paid for by the company. I was able to pay for things considered too expensive in Honiara like solar panels for our house. The company even had a container organised for the end of the season for us workers to have our purchases shipped over to Honiara. At the end of the season the company even paid each of us 8% of our holiday pay out of their own pockets. From the money, I earned I was able to hire a saw mill and cut my own timber for my house. The highest that some of us made by the end of season was $75,000-$80,000SBD and the lowest was between $25,000-$30,000SBD but most of us hit $40,000SBD after personal purchases (because we wanted to buy things to take back with us).

Did you ever encounter any problems with your employers?

For us, we never experienced any bad treatment. Our boss at the company were friendly and we all got along well.

I have not heard of companies in Australia being as accommodating in helping workers settle in, as those in New Zealand. Even though Australia may be closer to the Solomon Islands and the airfare back is not so expensive, I wouldn’t want to go there because of all of the stories I’ve heard [from seasonal workers]. This is from my perspective and the stories I have heard so far.

My husband’s family village was approached by a farmer from Victoria, who wanted to recruit all of the unemployed boys and some girls. He said he would provide them housing and meals and would not give them their salary until after the end of the full term. I told my husband’s family not to accept the farmers offer. This type of thing puts me off telling anybody to go for the SWP program or go to Australia for seasonal work.

Are there enough places for everyone who wants to go?

In my opinion I think the agent and company bosses wanted to maintain the same number of workers each season because if they were to take on more I think there might be risk of problems in worker behaviour with such a large group – even if the demand is there. Our supervisors were Maoris and we all got along really well. Although I haven’t been for the last two seasons, I heard that there have been a larger number than usual of Solomon Islanders sent to the South Island to pick cherries. I would really like to be able to work on the farm picking but it was not allowed for females when I went over. It’s the best work to really make a lot of money.  So in 2014 when the Mataniko floods happened (in Honiara), our group in the pack house were allowed to pick fruit for juice out on the farm so that we could make extra money to send back to help the victims, that was my first time picking and it was really enjoyable.

Ann Cheffers is an ANU Alumni and is currently Program Quality and Communications Officer at Save the Children, Solomon Islands Country Office.