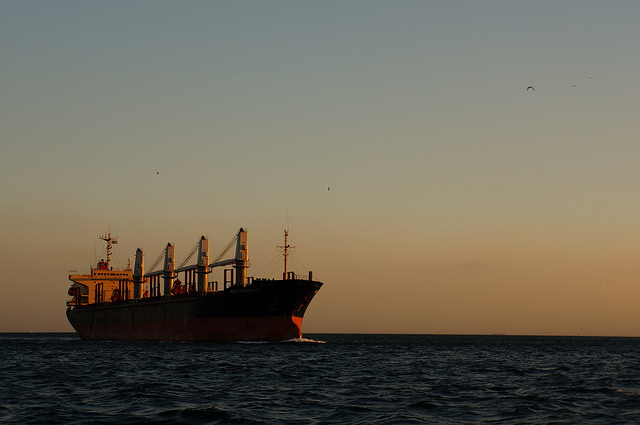 New research has found that reductions in GDP growth after a negative commodity price shock could be minimized under more flexible exchange rate regimes, with the results also showing that there could be smaller reductions in government expenditure in the short-term, if the country has funds from a sovereign wealth fund (SWF). This has relevance for the PNG economy, as it has suffered as a result of persistent commodity price falls starting in late 2014, and has not had a floating currency since the introduction of trading bands in June 2014. It suggests that if the currency were more flexible, that economic output would grow more quickly.

The research, published in International Economics and Economic Policy by Wee Chian Koh, an ANU PhD student, follows 40 oil-producing countries, including PNG, across 37 years from 1973 to 2010. Based on econometric analysis, it finds that resource-exporting countries with flexible exchange rates experience smaller reductions in output and expenditure than countries with inflexible exchange rates when faced with a negative oil price shock.

The following graphs demonstrate the key results, comparing the changes in GDP of oil-producing nations with different types of exchange rate regimes after a negative 10 per cent oil price shock (at year zero). Notably, the commodity price shock in 2014 was much larger than the 10 per cent shock the response to which is represented in the graphs. For example, the oil price is now sitting approximately 50 per cent below where it was in June 2014. The graphs below show that there is a stronger negative response and slower recovery for GDP under a fixed regime than under a flexible exchange regime. The black line shows the average movement in the variable over time in years, while the dotted lines represent a 95 per cent confidence interval around the average.

Source: Koh 2016, Figure 2. The vertical axis shows the percentage growth rate in the concerned variable, while the horizontal axis shows number of years after the commodity price shock.

Why does this occur?

The exchange rate, if it is flexible, can act as a ‘shock absorber’, limiting the contraction of the real economy. Without this, GDP needs to fall more markedly.

For those with rigid exchange rate regimes such as a peg to the US dollar, monetary policy is constrained and fiscal policy therefore bears the burden of macroeconomic stabilisation. These countries require substantial fiscal spending cuts particularly if there are insufficient fiscal buffers such as oil funds.

The author also shows a SWF also helps limit the negative impact of an oil price collapse, but that a flexible exchange rate acts as a shock absorber whether or not a country has a SWF. (PNG has a SWF, but it is barely operational.)

The case of PNG

PNG seems to fit this model well. While GDP is still growing in PNG, growth has slowed right down, and sales, employment and imports are all showing negative growth. For example, the most recent BPNG monthly economic review [pdf] showed that nominal sales declined by 15 per cent in 2015, which means that real sales declined by 20 per cent. While this would only cover the formal sector, it indicates a large drop in domestic activity in the PNG economy since the completion of the construction of the PNG LNG project.

PNG’s exchange rate is not fixed, but it is not flexible either. Koh actually counts a crawling peg as a flexible exchange rate, but it all depends on how much the exchange rate is allowed to move. The depreciation in PNG has been modest (and seems to have come to an end a couple of months ago). International comparisons show that PNG has depreciated its currency much less than other resource-exporting countries.

In PNG, the exchange rate has not been able to act as much of a shock absorber. On the contrary, since PNG does not have adequate funds from a SWF to support its exchange rate, propping up the value of the exchange rate has required reducing access (and demand) to foreign exchange not only by rationing, but also by reducing economic and government activity. The latest trade data puts PNG 2015 imports back at 2007 levels.

While GDP is not the only measure by which to base economic policy decisions, it is a very important one. This research strongly suggests that moving to a more flexible exchange regime and/or allowing further depreciation would stimulate GDP growth, and result in a quicker recovery.

Rohan Fox is a Research Officer at the Development Policy Centre.