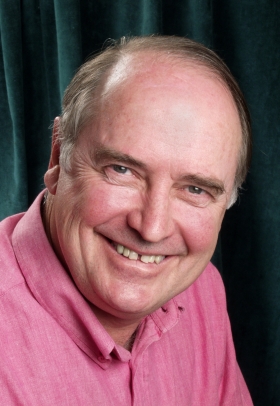 The core areas of focus for the Development Policy Centre are aid effectiveness and PNG and the Pacific. Last week, Robin Davies and I gave our views on key Australian aid issues for 2013. Tomorrow, Tess Newton-Cain will write on the Pacific in 2013. Today, it’s me on PNG.

Politically, the 2012 elections, whatever else can be said about them, did provide the much-hoped-for circuit-breaker to the political stand-off which had developed. The O’Neill-led Government has massive numbers behind it, and at least two-and-a-half years free of fear of being overthrown: in November Parliament passed a constitutional amendment, extending the grace period (during which it is not possible for the opposition to lodge a motion of no confidence in the government) from 18 to 30 months. The leader of the Opposition, Belden Namah, impressed by supporting that motion, which ensured that it passed unanimously. Still, the Government won’t necessarily have an easy ride. After a quiet second half of 2012, Namah has more recently become vocal, speaking out against proposed government plans to replace the leader of the Papua New Guinea Defence Force, and announcing that he will appeal the Manus solution to the PNG courts.

Growth is expected to slow, but only because construction of the LNG project is coming to an end. Medium-term growth prospects remain strong. The new Government has decided to spend big, increasing expenditure by almost 30%. It’s not altogether a credible strategy, as the projections which return the budget to balance by 2015 assume real cuts to government salaries. But the bigger issue is whether the big increase in funds will be well spent.

The PNG Government also announced in the budget a review of mining taxation. This is very welcome as there are many suspicions that PNG’s mineral projects are riddled with tax exemptions.

2013 will also be an important year for the Sovereign Wealth Fund (SWF). With the decline in commodity prices, it now seems unlikely that any funds will flow from government tax revenue into the SWF for the forseeable future. But dividends from the LNG Project will go to the SWF. Whereas tax revenues would be saved (in the Stabilization Fund), dividends are to be spent (through the Development Fund), but the legislation to determine how has not yet been seen. That’s a real gap, and a risk: depending on design, the SWF might make things worse than if the dividends were received and spent within the budget, like any other revenue source. Since LNG dividends will start to flow in 2015, the Government has to fix this soon.

The O’Niell Government has been admirably strident and active on corruption. Will we see in 2013 the establishment of an Anti-Corruption Commission, its key election promise? In his speech to the National Press Club, the PNG PM promised introduction of the legislation in this year’s first parliamentary sitting.

Unfortunately privatization remains off the agenda. The O’Neill Government seems no more interested in privatization than the Somare one. This is despite widespread agreement that the privatization by the Mekere Government, now more than a decade ago, of the Bank of the South Pacific was wildly successful. And no-one seems to be putting any pressure on the Government to learn the lessons of success. The ADB, which in 2012 wrote a useful benchmarking study on PNG SOEs, is fixated on reforming SOEs rather than selling them off. Despite admitting that in PNG “SOEs are still considered important extensions of political influence,” the ADB claims that privatization is “not necessary.”

Privatization is necessary, but it’s not going to happen. What might happen is follow-up on the ADB recommendation that IPBC (the trust which owns most of PNG’s SOEs) be reconstituted as a company: the PNG Minister for State-owned Enterprises seems particularly interested in Singapore’s Tamasek Holding Company. If IPBC is corporatized, it is only going to make it easier for the Government to develop new enterprises, and for state involvement in the economy to grow rather than shrink.

The relationship seems to be very warm, a point stressed by the PNG Prime Minister during his late-November trip to Australia. Reflecting this perhaps, there were certainly some good points to come out of the PNG-Australia Ministerial Forum held in Moresby in December  including agreement on the text of an Economic Cooperation Treaty with a focus on trade, investment and labour mobility. There is also a welcome promise by Australia to streamline visas, and by PNG to establish by 2015 an Independent Health Procurement Authority to combat entrenched corruption in drug procurement.

But there were some strange silences as well. First of all, no mention  of gender, despite the gender-violence epidemic in PNG, and the Australian Prime Minister’s August 2012 Pacific gender initiative. In a detailed communiqué which goes to such second-order topics of sport and academic conferences, gender, if excluded, becomes an important omission.

Second, the sentence on corruption is all about PNG taking concrete steps. There’s no response to the PNG claim that Australia is its Cayman Islands.

Third, the approach in the Communique to the economic challenges facing PNG can only be called naïve. There’s a ringing endorsement of the budget, with no balancing mention of risks. And there’s a continuation of the obsession with the Sovereign Wealth Fund. Nothing could be further from the truth than the claim that the establishment of the SWF will “ensure that … economic gains …  are translated into tangible outcomes for PNG.” Even a good SWF won’t ensure this, and, as pointed out earlier, the jury is still out on whether the PNG SWF will actually improve fiscal management.

The only area of apparent disagreement appears to be over aid, where the Communique states that the aid program would be “recalibrated to reflect the emerging priorities of the O’Neill Government” but “within the existing priorities.” What this compromise means is far from clear.

Why has Australia become so positive towards PNG? It’s partly continuation of a stance first adopted by Rudd; partly relief at the restoration of stability; partly attraction to the development vision articulated by PM O’Neill;  and partly no doubt the leverage PNG now has as a result of Manus. The close relationship will likely continue unless Manus comes undone. Australia’s “no advantage” test will require long-term stays in Manus, but the PNG Government has repeatedly called for speedy processing. Tensions might arise over this, or over local grievances, or over the outcome of the Namah high court challenge.

2012 ended on a nasty note with the banning in November of Ross Garnaut from entry to PNG for a critical remark he made to Rowan Callick of The Australian. The comment related to the Sustainable Development Program (SDP), of which till late last year Garnaut was the Chair.  SDP was created by BHP to manage its share of the Ok Tedi mine in 2001. PM O’Neill has made it clear that he thinks BHP should have no say in the running of SDP. The offending Garnaut quote was: “it’s very tempting for political figures to think of better ways of using it right now rather than putting it into long-term development.” O’Neill justified the resulting ban by saying that “we will not tolerate people of such standing coming in and disrespecting leaders of this country.”

Ross Garnaut has played many roles in PNG since the 1960s, but his main one is now as Chairman of Ok Tedi. I’ve known him for many years, and worked for him twice, so I’m not going to pretend I’m a disinterested observer,  but let me make three  remarks which I think any disinterested observer would have to agree with, but which, strangely, no one seems to have made so far.

First, it is remarkable just how little attention this issue has received given the stakes involved. Not only is Ok Tedi by far PNG’s largest contributor  to Government revenue, and an environmental challenge which needs to be managed with care, but it is an operation in relation to which decisions have to be made about mine-life-extension in the next couple of years.

Second, and more importantly, there is an issue of freedom of speech here. People should be able to criticize freely whichever country they want. Individuals should be no more banned for critical comments from countries they don’t belong to than locked up for criticizing their country of citizenship.

Third, where is Australia in all this? The only public response of the Australian Government has been from Parliamentary Secretary for Pacific Island Affairs, Richard Marles, quoted as saying that “Papua New Guinea was within its rights to block entry to Professor Garnaut” and that “who PNG says is welcome or not in its own country is obviously a matter for PNG.” Really? Observance of human rights is now entirely a domestic issue for PNG? We insist on democracy in Fiji but not free speech in PNG? Australia has no obligation to support its citizens to undertake lawful business opportunities internationally?

It is hard not to see Manus behind Australia’s lack of protest. The episode is a sad commentary on both governments. Lifting the Garnaut ban would be a good way to start 2013.

Note: It has just been announced that Prof Garnaut has in fact resigned as Ok Tedi Chair because of the travel ban.