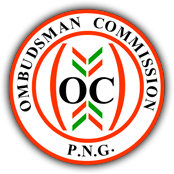 Early this year, the O’Neil-Dion government borrowed K3 billion from the Union Bank of Switzerland (UBS) to purchase a 10.1% stake for the state in Oil Search Ltd. This has generated much controversy including an expert analysis pointing to the negative economic implications from the National Research Institute.

Not only were there serious economic questions raised, but also legal. Section 209 of the constitution states:

Notwithstanding anything in this Constitution, the raising and expenditure of finance by the National Government, including the … raising of loans, is subject to authorization and control by the Parliament, and shall be regulated by an Act of the Parliament.

Section 211 further states: “All moneys of or under the control of the National Government for public expenditure … shall be dealt with and properly accounted for in accordance with law.”

It is not clear whether the loan was for the national government or whether it was to Petromin, the holder of the shares. But the potential failure in legal compliance resulted in the Ombudsman Commission issuing a directive to freeze all transactions on the loan awaiting its investigation (see more here and here). While some have praised the efforts of the ombudsman, the history of its failures caution against such early praise. Does it really have the teeth to bite?

I do not think it is wise for anyone to think that they have a right, or mandate, to stop the government from doing its work. Our shares in Oil Search are a valuable investment for our people and we will do all we can to protect it. I made it known to the Chief Ombudsman that we respect them and will cooperate and provide all documents relating to this transaction in their ongoing investigation. But we will not allow them to place the entire investment in jeopardy.

While the Prime Minister may be correct in that the constitution does not allow the commission to ‘inquire into the justifiability of a policy (or decision) of the National Government or a Minister…,’ it does, however, provide that the commission may inquire where it appears that the ‘policy (or decision) may be contrary to law or to the National Goals and Directive Principles’ – section 219(3) (emphasis added).

Screening executive power is fundamental to responsible government. Dismissing the role of the ombudsman and undermining its directives can therefore be argued to be an assault on the rule of law and constitutional governance, if such concepts have any real significance in the operation of the government in PNG.

The Chief Ombudsman, Commissioner Rigo Lua, defended a recent controversial meeting with the Prime Minister as ‘basically a courtesy call on the Prime Minister who is also the Minister responsible for the Ombudsman Commission.’ Many social commentators are concerned with the integrity of the commission. These events raise more questions and suspicions.

Put simply, nowhere does the constitution state that the PM is the minister responsible for the ombudsman. The closest link the PM has to the ombudsman is as Chairman of the Ombudsman Appointments Committee, a committee that includes the Chief Justice and the Opposition Leader –s 217 (2) PNG Constitution. The ombudsman commission is therefore a constitutional ‘dog’ that does not have a handler.

The National Court ruled last week against the ombudsman, putting a stay order on the restrictions it had wanted to impose on loan repayments while its investigation was underway. The court acknowledged the PM’s argument that defaulting on the loan as a result of the ombudsman’s restriction would have adverse ramifications for PNG. But the stay, according to the court, does not affect the ongoing investigations by the commission and whatever actions it wishes to take on those under its jurisdiction.

The court’s decision implies that transactions on the controversial loan are allowed until such time when the ombudsman’s investigation is complete and a substantive judicial review is made on the merits of the compliance processes. The onus is on the ombudsman. But the ombudsman is unclear when it will complete its investigation. It has already signalled a delay in the investigation due to lack of expertise and resources. Many, including the former national and supreme court judge Nemo Yalo, have seen these as excuses and have accused the ombudsman of complacency in the past.

A recent report stated Rigo Lua’s concern that the commission is ‘under threat from other institutions that could take over its functions and responsibilities.’ But does that mean the commission should be cautious with the executive? No. The people expect their watchdog to deliver according to its constitutional oath without fear or favour. If the ombudsman is to have any significant impact on the current socio-economic, legal and political landscape in PNG, it must not only ‘show its teeth’ but also ‘bite’ where necessary.

Bal Kama is a PhD Candidate at the College of Law, Australian National University.

Bal Kama is a PhD Candidate at ANU College of Law and a Sessional Lecturer at the University of Canberra.