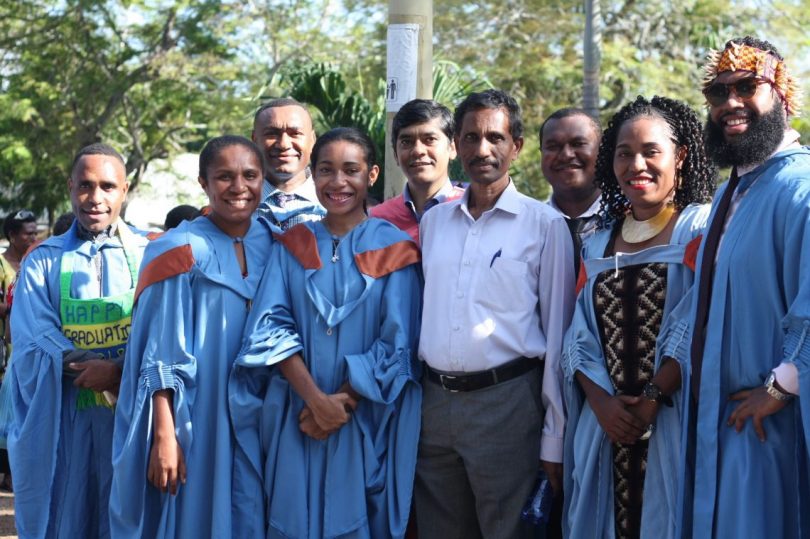 Students and staff at the UPNG graduation in 2018