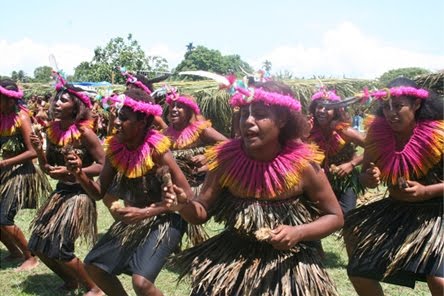 Why do people act in the way that they act? This is a difficult question, and one to which there is probably no single answer. But economists have typically thought of people’s actions as reflecting rational responses to incentives. The incentives that people act on are undoubtedly multifaceted and complex, and may include money, power, status, and sometimes even a desire to benefit society. But for better or worse, rationality and incentives have always been at the heart of economic analysis.

I’ve therefore found it a bit surprising to see so much recent avowedly economic analysis in the Pacific pull “culture” out of the bag as a stand-alone explanation for all kinds of institutional and economic problems. As described in my paper, Solomon Islands “culture” has recently been called on to explain everything from poor natural resource regulation, to weak performance of the civil service, to the various dysfunctions of state-owned enterprises. Fukuyama blames wantokism for a “decline in professional standards” since independence. A recent trade study cites “weak governance due to wantokism” as “one of the major causes of poor SOE performance”. Australian policy commentators single out cultural practices around land ownership as the “primary reason for deprivation in rural Pacific communities”. Recent comments on this blog, reflecting these views, have called for a change in Pacific culture to “make it more market oriented and ambitious about development”. It seems whenever we economists see Pacific people behaving in ways that aren’t particularly well aligned with economic development or sound public management, we like to simply pin it on the local “culture”.

This, to me, seems like lazy economics. Isn’t it our job to think about the incentives that lead to poor outcomes, rather than simply attribute them to what is often portrayed as an essential, primordial, exogenous force? “Culture” has been defined in countless different ways, but we often take it to mean the various socially-specific norms and values that regulate behavior. If we are to have any faith in our general economic frameworks, such norms and values should generally reflect underlying economic incentives. For example, elements of much-vilified “wantokism” inSolomon Islands, such as the social imperatives to share wealth, could be explained as the perfectly rational pooling of risk in the context of low incomes and extreme volatility. We have the tools to at least begin to understand the reasons for the various behaviors that comprise any culture.

This isn’t just an abstract argument. Trying to understand the incentives driving the behaviors that lead to sub-optimal outcomes is important because it can help us identify solutions. If our recommendations go no further than imploring changes in culture, we will be neither useful nor popular in contexts where local traditions and values are treasured. If we can begin to understand the material factors that create incentives for behaviors that are inconsistent with economic development and sound public management, we can work to change them through public policy and development interventions. Infrastructure provision and macroeconomic management that increases the likelihood of business success and reduces the need for informal risk pooling, for example, is likely to be more effective in promoting entrepreneurialism than continual complaints about the evils of (poorly-defined) “wantokism”.

The job of economists is to understand incentives and how they drive rational behavior. This is a challenge in very complex political and social situations. But it is a worthy challenge, and more useful than implicitly claiming that Pacific people for some “cultural” reason do not adhere to the same rules of rationality that we apply through our frameworks everywhere else in the world.

In this paper, I’ve tried to think about how the behaviors that undermine development inSolomon Islands can be better understood as the result of incentives prevailing under existing public policy settings than as inevitable outcomes of local culture. As I’ll summarize in a subsequent post, I’ve suggested ways in which those policy settings might be changed to reduce perverse incentives. Others will have very different views on what needs to change and how. But I hope we can at least start to agree that “culture”, by itself, is not a useful explanation for poor development outcomes in the Pacific.

Tobias Haque is is an economist with the World Bank and author of the SSGM discussion paper “The Influence of Culture on Economic Development in Solomon Islands: A Political-Economy Perspective”. He lived and worked in Solomon Islands during 2009 and 2010. The views expressed in this article are solely those of the author and do not necessarily reflect the views of the World Bank Group, its partner organisations or its member states.