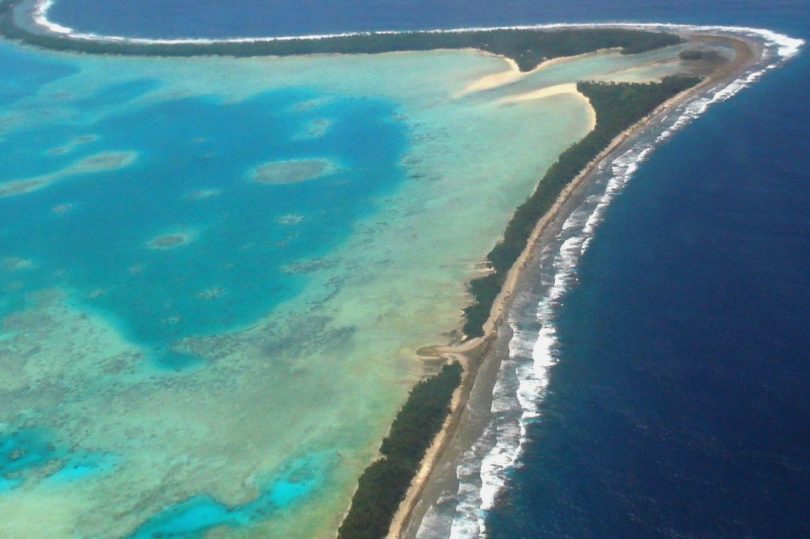 There was a time when Australia lectured the Pacific. John Howard said in 2004 that Australia had a “special responsibility” to help the Pacific but that we sought “reforms and better governance as conditions of that assistance.” Those days must seem a long time ago to the current Australian Prime Minister Scott Morrison, who has been attending this year’s Pacific Island Forum in Tuvalu. In a complete role reversal, the Pacific now lectures Australia to do more on climate change. And fair enough too. Australia should do more on climate change. Our emissions are still rising.

The days of Australia hectoring the Pacific are unlikely to return. Now we just want to be part of the family, and regarded as more so than China. Nor are those days to be missed. Perhaps our intentions were good, but we overestimated our ability to bring about change. When, with a few notable exceptions, that change didn’t happen, our lecturing grew repetitive and annoying to those on its receiving end. Moreover, the aid put forward in support of our overly-ambitious reform hopes began to appear wasteful, and of more benefit to the consultants and public servants who provided it than the countries who were meant to benefit. If we were serious about helping the Pacific, we would have tried more practical approaches, such as the promotion of labour mobility which we are now, belatedly, pursuing, but which in the Downer-Howard “governance first” days was taboo, and regarded as a distraction from the main reform game.

And, yet, something has been lost. We might have gone about it the wrong way, but Australia was right to be concerned about governance in the Pacific.

The World Bank publishes annual updates of its list of fragile states, or “fragile situations”. This has nothing to do with climate change. The Bank rates as fragile poor countries (the 76 countries eligible for its concessional funding) based on assessments undertaken by both it and one of the regional banks (either the Asian or the African Development Bank) of the strength of a country’s policies and institutions. Developing countries are rated as fragile if they get an average governance score from the two institutions of less than 3.2 out of 5.

Fragility lists have been published by the Bank for every year since 2006, but data completeness at least for the Pacific seems to have been an issue prior to 2012. After 2012, there are minor changes every year, but overwhelmingly the story is the same, year after year. For this post, I draw on the Bank’s most recent list, published in mid-2018. In that list, out of the 76 countries assessed, 27 (about one-third) are rated as fragile due to having governance scores of less than 3.2 (i.e., poor governance).

Ten Pacific nations are included in the Bank’s annual fragility assessment exercise. Six are rated fragile. They are (starting at the bottom): the Marshall Islands (2.74), the Federated States of Micronesia (2.82), Papua New Guinea (2.91), Tuvalu (2.96), Kiribati (2.97), and Solomon Islands (3.08). Niue, Palau and Cook Islands are too rich to be included in the exercise, and are in any case far from fragile. Fiji, Samoa, Tonga and Vanuatu are, to their credit, assessed as non-fragile. Nauru would be rated as fragile if it were assessed. (It is not a member of the World Bank, but is of the ADB, and the latter rates it as the worst governed of all Pacific countries.)

Credit to the Pacific countries who have kept off the list, or graduated from it, in the case of Tonga and Vanuatu. But overall the results are worrying. The Pacific Islands Forum represents 14 Pacific island nation states (plus Australia, New Zealand and two French colonies). Of the 14, seven are fragile due to poor governance (the World Bank six plus Nauru). So, half compared to the global average of one-third.

That the Pacific emerges from this analysis as perhaps the world’s worst governed region is not a matter of being judgemental, or of allocating blame. There are any number of reasons why governance is poor on average in the Pacific. And improving governance is, at best, a slow process.

Nor is it something that donors can fix, whether by lecturing or by aid. The history of global aid shows that, as does Australia’s own experience. Indeed, in some ways, aid can make governance worse: something that has been completely forgotten in the current rush to give. Regional agencies can sometimes help, though efforts by the African Union to introduce “peer review” mechanisms sounded promising at the time, but have not delivered. Ultimately, domestic governance is a matter for each country to determine.

What certainly doesn’t help is when the problem is denied. At a recent speech, Pacific Islands Forum Deputy Secretary Cristelle Pratt said

“Of course, Pacific Islands Countries face challenges. But we are not fragile and we are not failing. Our Blue Pacific narrative has strengthened our resilience and regional solidarity enabling a paradigm shift from being small, vulnerable, fragile states to one of a Blue Pacific continent consisting of large oceanic states.”

I’m a fan of the Blue Pacific narrative. The ocean is a source of wealth for the Pacific region and a critical pathway to overseas jobs. But that doesn’t change the listings, and the fact that half the independent Pacific island countries are fragile due to poor governance.

All countries face both external and internal challenges. The risk of too great a focus on the external (in this case, climate change) is that it deflects attention from the internal. And it is the internal challenges that the Pacific countries have the best chance to actually do something about. Better governance makes everything easier. It provides a stronger foundation for responding to climate change. More importantly, it provides a basis for facing down the many other serious problems many countries in the Pacific face, from non-communicable disease epidemics to low levels of effective literacy to high levels of unemployment to drug trafficking to dealing with natural disasters and multiple aid donors.

The days of Australia lecturing the Pacific on poor governance are gone. But that doesn’t mean that poor governance itself has disappeared. New narratives can be useful, and external threats are important, but neither should be allowed to obfuscate the clear governance weaknesses that many Pacific countries suffer from. I hope for the sake of the Pacific people that the fundamental challenge of governance reform, once championed by Australia, is one day soon taken up by the region’s leaders and peak bodies.