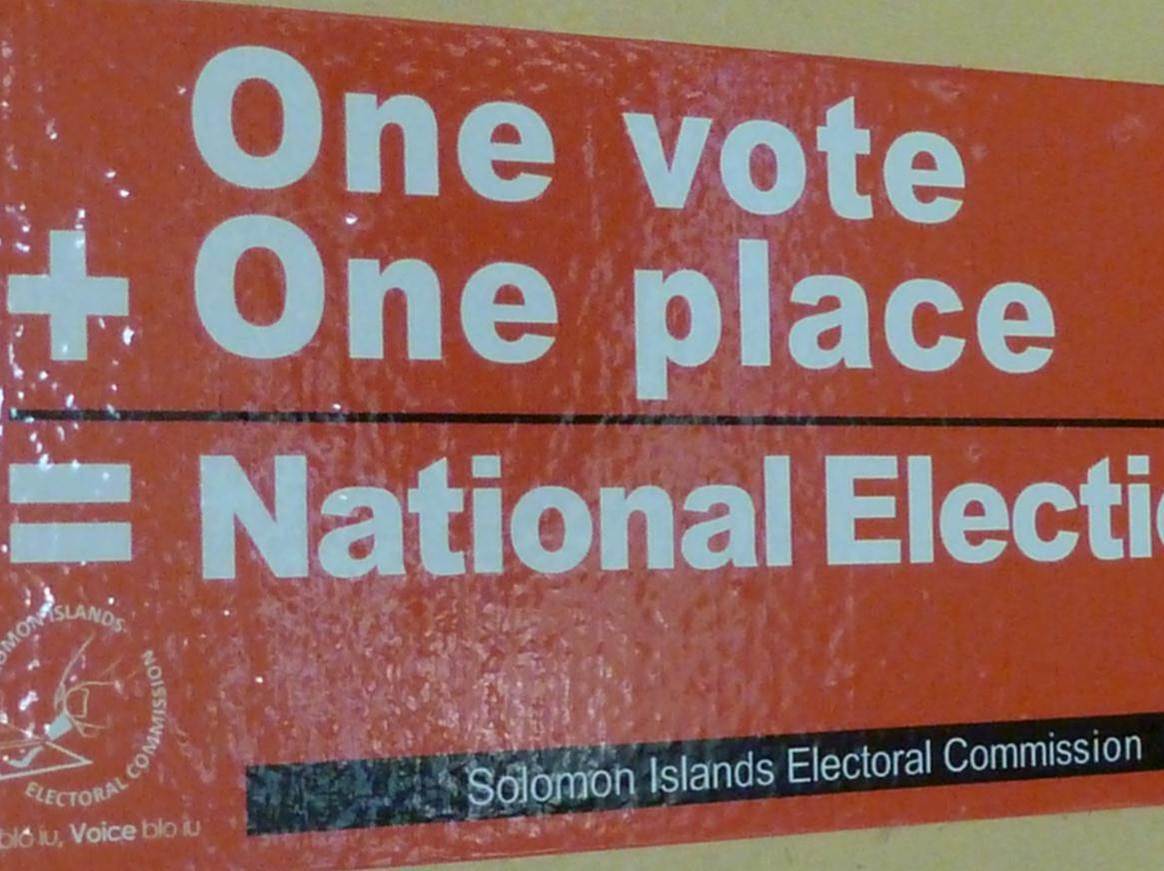 In recent blog posts (here and here) I have discussed problems of political governance in Solomon Islands, along with their probable causes. This discussion was, in part, a response to an excellent discussion paper and blog posts (here and here) written by the World Bank’s Tobias Haque. In the paper and posts Tobias argued that political governance problems in Solomons are better explained by rational actor based models than by alternative explanations in which culture is the culprit.

In his blog posts and paper Tobias also suggested several mechanisms through which donors might improve political governance. It is these suggestions that I will focus on now. With respect to national political governance Tobias argues that donors should:

1. Attempt to incentivise MPs (through additional aid) to encourage them to disburse their discretionary ‘constituently development’ funds in ways that are more transparent, foster greater community participation, and less directly tied to voter support. (This suggestion is only made in the working paper.)

2. Encourage voting system changes (this suggestion is just made at a general level and no details are provided).

3. Encourage increases in the size of constituencies to make patronage based politics more difficult. His logic here is that larger electorates make clientelism expensive, and therefore less appealing to voters and politicians.

4. Direct more aid through Solomons government systems and place fewer constraints on its use. Tobias’ reasoning for this recommendation is that donor constraints leave very little space for meaningful political competition at the national level. Because everything is tied up by donors, Tobias argues, voters have no real reason to vote nationally, and so don’t.

Suggestion 1 — using aid to foster better use of constituency development funds — is a good idea. Currently, these funds stem from aid from the Republic of China (Taiwan) and domestic tax revenue, and are provided to Solomon MPs to spend within their constituency for the purpose of helping constituents. Unfortunately, fund administration is haphazard with few rules governing spending and constituency funds are used by many (but not all) Solomons MPs as a tool for rewarding their political supporters rather than as a means of developing their constituencies. And yet the funds aren’t entirely bad: in an environment of poor government service provision there is something to be said for a simple, electorally accountable, conduit between aid money and those in need of it. Some of the villages that I visited in my fieldwork were lucky enough to be receiving constituency development money, and in these villages its impact was often more apparent than other forms of government funding. So constituency funds could potentially be a good form of aid, if they were administered in a way that wasn’t used by MPs to reward supporters. I’m not sure if Tobias’ specific suggestion for change (additional donor money given to MPs who meet certain disbursement criteria) will work, but I’d endorse further thinking in this area.

I can’t engage with Tobias directly on his second suggestion — changing electoral systems — as he doesn’t provide specifics. However, it is worth noting that if you believe, as Tobias and I do, that there is a logic underpinning the current situation where most voters vote in search of local assistance, you need also concede that shifting to preferential voting (currently the alternative electoral system most often suggested) is unlikely to be transformative. Preferential voting may help by, hopefully, forcing MPs to spread their spending more widely within constituencies, in the search of preference votes, but it wouldn’t change the central problem of poor national governance in Solomon Islands: the fact that MPs are be elected on the basis of constituency performance rather than national performance. Likewise, party strengthening laws, such as those that were adopted and then decreed unconstitutional in PNG, may possibly have desirable impacts in terms of political stability but they are very unlikely to change the way people vote, or foster party politics of the type that exist in Australia and New Zealand. Finally, it is worth emphasising that decisions about electoral systems are something that are largely out of the hands of aid donors. Change may come in this area but it will have to come from within.

In the case of the third suggestion — while it seems plausible that increasing constituency size might undermine clientelism by making it very expensive, and in turn promote less particularistic politics — available evidence from Solomon Islands suggests that it won’t. In terms of numbers of voters, there is already substantial variation in constituency size between the largest and smallest Solomons constituencies, and yet I heard nothing during my own research to suggest that the larger constituencies I visited were any less prone to clientelism than the smaller ones. Moreover, a simple, first-cut analysis of election results (which I’ve done here [PDF]) offers no quantitative evidence to suggest that politicking is less clientelistic in larger constituencies.

Tobias’ final suggestion is his most problematic: the proposal that donors channel more money, with fewer constraints, through Solomons government processes (more budget support in other words). He argues that doing this would open the space for national political competition, and with more at stake nationally voters would vote nationally. I think this is very unlikely. First, it’s hard to think of any theoretically plausible argument as to why unfettered aid would lead to national voting as opposed to the obvious alternative: clientelism with more cash. Tobias himself explains electoral politics in terms of a collective action dilemma (unless almost everyone is voting nationally, it makes no sense for you to vote nationally) and I can’t see how unfettered aid would resolve this. Second, even with current donor constraints, there is already a lot at stake nationally in Solomons: legislation, the legal system, the operation of government departments, interactions with logging companies, the chunk of government revenue that comes from resource rents. This all matters to people’s welfare, the stakes are high, and yet it hasn’t lead to coherent national politics. Third, in both PNG and Solomons constrained aid has varied considerably as a portion of total aid and total government revenue since the two countries attained independence, and yet times of less constrained aid do not appear to have been times of better governance or less clientelistic politics. It is possible that more budget support might be warranted for other reasons but I do not think it can be argued to be a potential solution to the problems of Solomons politics. (As an aside, if you’re interested, Aaron Batten’s Development Policy Centre Discussion Paper provides excellent analysis of the impact of different types of aid on different types of government spending in Papua New Guinea.)

What would I suggest as alternatives?

First and foremost (and here I think Tobias would probably agree with me) I would emphasise that real solutions to problems of poor political governance in Solomons will almost certainly only come from within the country itself. There are limits to what external actors can do and real electoral change will only be built on domestically grown social change. Unfortunately, my guess is that such change may be some time coming. In the meantime donors need to work within the current political economy of Solomons in ways that lead to the most effective possible aid, while at the same time accepting that there are many constraints they can’t shift.

As much as trying to change political governance in Solomons, donors simply need to take it into account. And factor it in when deciding what types of aid endeavour will and won’t work.

Second, unlike Tobias, I think donors should continue to keep much of their aid money constrained and out of the arena of political contestation. To my mind the most important roles that aid can play in Solomons are: holding together key institutions in the hope that this affords space for development to take place in spite of poor political governance; and providing basic services to minimise the harm to Solomon Islanders caused by poor political governance. And these activities, I think, can be best achieved by keeping aid constrained (at least as a general rule).

Third, I would encourage ongoing experiments at fostering democratic decision making at the local level (something akin to this is already happening with the World Bank, EU, and AusAID supported Rural Development Programme). In its final form democratic governance in Solomons needn’t take the same form that it does in OECD countries, and different types of governance could potentially be decentralised and democratised to a range of different levels.

Finally, I would suggest that all of us (or, at least, all of us outsiders) still have a lot to learn in this area. Tobias has done an excellent job of showing that certain simple explanations for problems of political governance in Solomon Islands are incomplete, and hopefully I have added to this in some small way with my own posts. What is needed now though is more learning, more research, and more discussion.