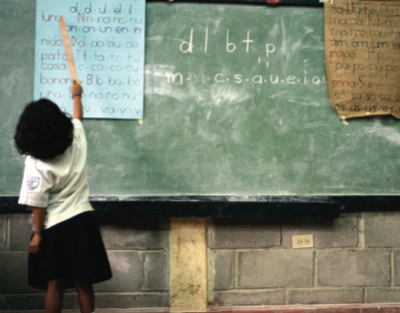 This is a guest post by Laurence Chandy from the Brookings Institution. The Development Policy Centre is hosting a seminar on ‘Poverty in Numbers and Scaling up Aid’ on 28th March. If you would like to attend, more details can be found here.

How many poor people are there in the world today? The official answer to this question is 1.37 billion, based on the most recent estimate of the World Bank, the agency responsible for measuring global poverty and the established authority on this topic. The problem with this answer is that it is for the year 2005. In a period when developing economies are expanding rapidly and many are undergoing transformational change, enough to cause a clear shift in the global economic balance, 2005 feels like an awfully long time ago.

In a recent paper, my colleague Geoffrey Gertz and I attempt to provide a more satisfactory response to this question. By combining the most recent national survey data with the very latest estimates of private consumption growth, we are able to generate poverty figures that apply to the present.

The number we arrive at is a little less than 900 million. This means that between 2005 and 2010, the total number of poor people around the world fell by nearly half a billion. Poverty reduction of this magnitude is unparalleled in history: never before have so many been lifted out of poverty over such a brief period of time. The prime target of the Millennium Development Goals – to halve the rate of global poverty by 2015 from its 1990 level – was likely achieved around three years ago. Somewhat ironically, the UN MDG Summit that took place last September was spent discussing the risks to progress against this goal, when it was the perfect occasion to celebrate the goal’s early accomplishment.

In contrast to previous periods, poverty rates are falling across all regions. The largest reduction by far is occurring in Asia – no surprises there – but our estimates for Africa are also encouraging, with the number of poor people on the continent falling for the first time since official records began.

Given such good news, it is tempting to ask how close we might be to realizing the ultimate goal in global development, emblazoned at the entrance to the World Bank’s headquarters: a world free of poverty. We aren’t so naïve as to attempt a direct answer to this question. Moreover, our research highlights at least one of the obstacles to achieving this goal given the rising share of the world’s poor that are accounted for by fragile states. These are countries where the prospects for development typically remain bleak and where there is little understanding of what can be done to help by outsiders.

Nevertheless, we do offer an answer of sorts. Building on the growing enthusiasm for cash transfer schemes as a tool for development, we believe that the notion of a global social safety net, one that could guarantee each person in the world a minimum income of $1.25 a day, is rapidly becoming feasible. There are two obvious constraints to this proposal: affordability and logistics. The affordability of a global safety net is improving as poverty diminishes and global aid flows (include private giving) rise. Based on poverty gap calculations, we estimate that the cost of a global social safety net in 2010 would have been $66 billion. That’s around half of global ODA flows, or a third of public and private aid together. Meanwhile, the recent introduction of cash transfer schemes in some of the world’s most difficult environments, making use of advances in identification technology such as fingerprint and iris scanning, demonstrates that logistical challenges may be surmountable too.

In 2005, G8 leaders met in Gleneagles and expressed their deepened resolve to see poverty eliminated. Six years later, that goal has moved a little closer to reality.

Laurence Chandy is a Fellow at the Brookings Institution