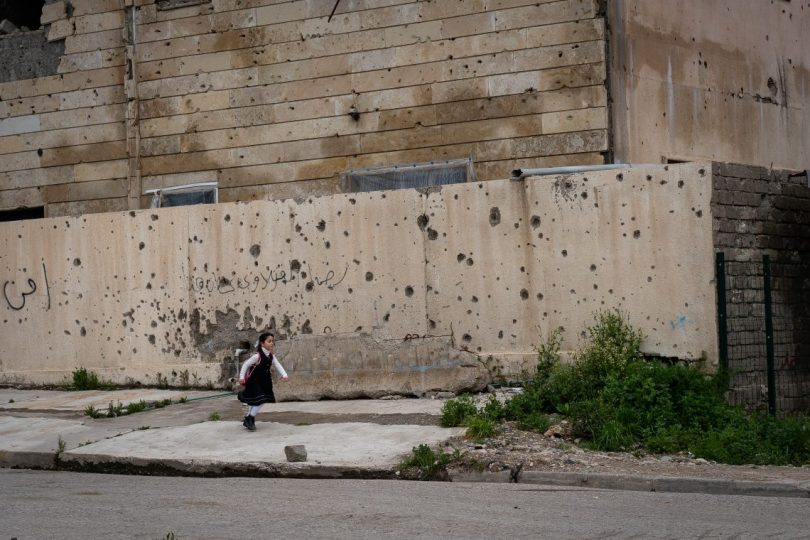 Last month, former UN High Commissioner for Refugees Sadako Ogata passed away at the age of 92. Ogata led the UN agency through the crises of the 1990s, a tumultuous decade even by today’s standards.

Among Ogata’s many legacies is her now-famous remark that, “there are no humanitarian solutions to humanitarian problems”. Having overseen UNHCR’s operations in Iraq, Bosnia, and Rwanda, among others, Ogata knew that humanitarian assistance alone would never be enough – food aid is no match for ethnic cleansing and genocide.

Ogata’s comments remain as relevant today as they were two decades ago. The recent surge of interest in the humanitarian-development-peace nexus is arguably the latest incarnation of this same sentiment: we must stop relying on humanitarian assistance to solve global crises.

Today there are over 131 million people in need of humanitarian assistance, a number that has steadily grown over the past five years thanks to crises in Syria, Yemen, and Myanmar. Despite the generosity of donors, the gap between humanitarian needs and available funding has also continued to grow, from a 28 per cent shortage in 2009 to a 40 per cent shortage last year.

While more humanitarian assistance is desperately needed, we also need to do more to address the root causes of crises. Resilience programming, which my colleagues Megan Williams and Christine Lindell wrote about earlier this month, offers one valuable approach. Another option is to go back even further to the source of many crises: conflict. From 2002 to 2013, the UN found 86 per cent of humanitarian needs were linked to conflict and violence. With the escalation in Syria and other conflicts, the figure has climbed as high as 97 per cent in some years since.

Thankfully, evidence shows that conflict prevention not only has important humanitarian benefits, but it is also cost effective – research conducted for the World Bank found that for every US$1 invested in prevention, the global economy could save US$16 in economic losses. Donors could also save up to $2.5 billion a year in humanitarian assistance and peacekeeping costs.

Australia has been a leading voice in a number of key forums addressing conflict prevention. It was instrumental in efforts to strengthen UN peacebuilding, has been a champion in discussions on the Responsibility to Protect, and has said in its Foreign Policy White Paper and elsewhere that Australia will, “particularly encourage a more coordinated focus on conflict prevention, rather than waiting for crises to develop”.

But despite these strong policy commitments, Australia is falling behind its peers in conflict prevention funding. World Vision analysis found that Australia currently ranks 13 of 30 Development Assistance Committee countries when measured by DFAT’s own metrics of ‘Conflict Prevention and Resolution’ investments in the aid program. Sweden has provided seven times more earmarked conflict prevention funding than Australia, despite having a GDP less than half the size.

World Vision released a report this week that calls for Australia to step up and become a top 10 donor in conflict prevention. In practical terms, this would mean increasing Australia’s dedicated funding for ‘Conflict Prevention and Resolution’ from $32 million to $93 million, while maintaining existing levels of core contributions to multilateral organisations.

While this may seem like a significant increase, the report argues it is both necessary and achievable. Placed in the context of Australia’s $38.7 billion defence budget, an increase of $60 million in conflict prevention should be more than manageable. And indeed, to avoid cutting funds from lifesaving humanitarian or development programs, a portion of the new conflict prevention ODA could be reallocated from the defence budget. Given that Australia’s defence interests would undoubtedly benefit (and save) from a more conflict-free world, it seems fair that defence should contribute to scaling up Australia’s civilian conflict prevention efforts.

While conflict prevention is most effective when it begins early, risk mitigation is also possible even when crises are ongoing. World Vision saw this firsthand in the Central African Republic (CAR) where, after months of being confined to an enclave due to insecurity, displaced Muslim families in Yaloke were able to move freely again thanks to a community engagement program led together with local faith leaders.

We need to get creative in our approaches to conflict prevention

Not all prevention programs have to take the form of a dialogue or mediation. World Vision has seen great achievements come from a number of potentially unexpected sources – for example, from Farmer Managed Natural Regeneration programs that have helped avert conflict between farmers and herdsmen. Proactively supporting these types of integrated prevention programs in fragile contexts could be a valuable complement to dedicated prevention efforts, and could serve as a cost-effective way to compound prevention gains.

Australia has already taken the first step towards championing prevention through its policy commitments. Now is the time for Australia to take the next step and translate these commitments into action. For more detail on why and how this could be achieved, see Crisis Averted: Preventing the Conflicts that Drive Humanitarian Needs.