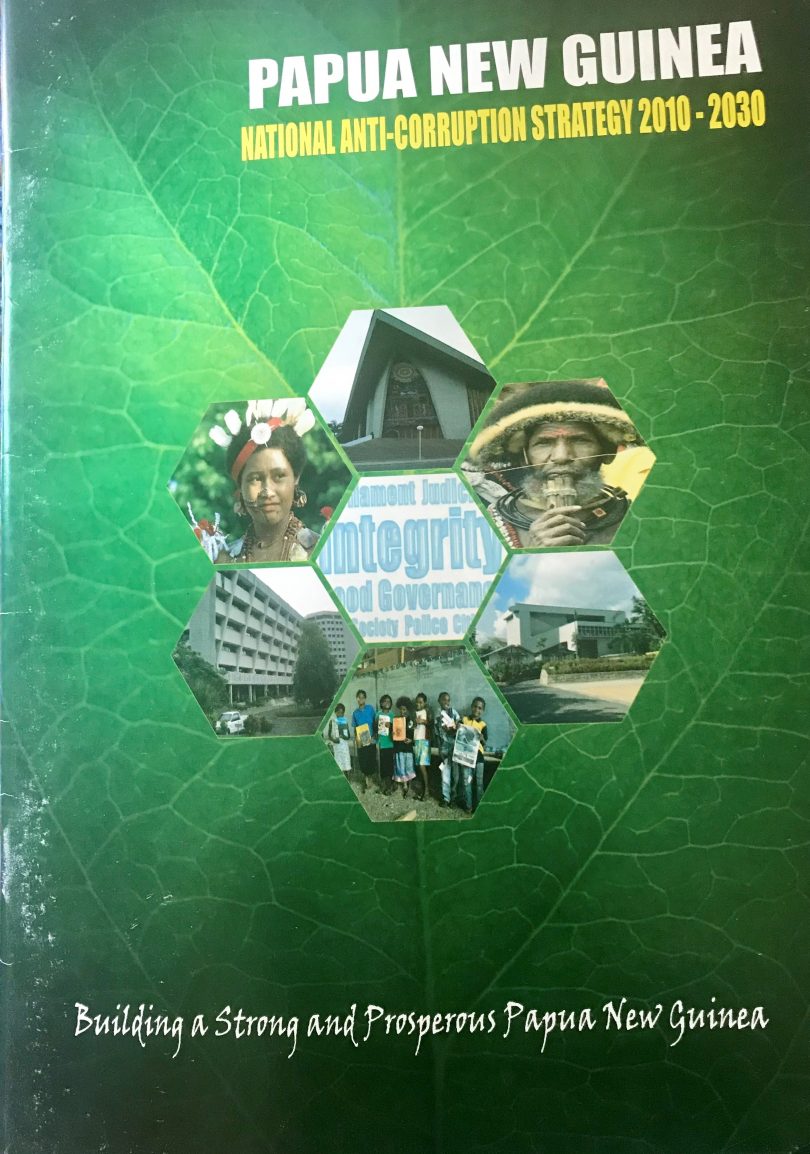 The setting up of a centralised anti-corruption agency (ACA) is an important decision for a country, and in 2014 Papua New Guinea took the first step, amending its Constitution to create an Independent Commission Against Corruption (ICAC).

Although this was on the back of the progress made by (now abolished) Investigation Task-Force Sweep (ITFS), the Peter O’Neill government was unable to progress the ICAC, since the Prime Minister himself became the subject of a corruption allegation that resulted in a protracted legal battle. With the Supreme Court decision invalidating the warrant of arrest against Prime Minister O’Neill in December last year, the government renewed its interest to progress the setting up of the ICAC. A draft organic law to implement this constitutional body has been circulated around for public comment.

Given these developments, first and foremost we should ask the question: do we really need an ICAC when we have existing law enforcement agencies? If the answer is yes, then what ACA structure or model would be beneficial in the PNG context? Many countries have departed from reliance on traditional law enforcement agencies and have established ACAs. Sadly though, only a few have succeeded. Can we learn from their experiences and design an ACA that is compatible with our own settings?

If PNG is to have an ICAC we need to acknowledge that there are numerous problems with the current and proposed legislation. Firstly, the definition of “corrupt” conduct stipulated in the draft organic law is not only ambiguous, but subjects ICAC to duplicate the functions of the Ombudsman Commission and Police. Pursuant to the Organic Law on the Duties and Responsibilities of Leadership, the Ombudsman Commission’s remit includes some forms of corruption such as misappropriation, conflict of interest, and bribery. The Criminal Code Act 1974 also empowers police to investigate official corruption, abuse of office, judicial corruption, and bribery. The definition of “corrupt conduct” under Section 6 of the proposed ICAC organic aw is no different to offences of the existing law.

Secondly, the recently-amended Constitution provides little recognition of the limitations of existing law enforcement agencies. Section 220D(f) suggests that the ICAC, after it has conducted its investigations and is satisfied that corrupt conduct has been committed, has to refer the case to either the police or the public prosecutor for further action. However, in PNG the police are severely under-resourced and can be corrupt themselves. The public prosecutor is often unaccountable for the exercise of its own power. A new ICAC will not be effective without reforming existing law enforcement agencies. Whilst some reforms may be incremental, there are some that need to occur simultaneously to feather-bed the establishment of the ICAC. Looking to examples in other contexts, Croatia, apart from establishing its ACA (USKOK) also established another unit (PNUSKOK) within the Ministry of Interior (police) to collaborate and cooperate with USKOK in combating corruption. Singapore and Hong Kong have demonstrated exemplary progress on reforming and realigning police and other agencies with their respective ACAs.

Thirdly, more needs to be done to simplify the proposed ICAC legislation. The draft organic law is convoluted with matters dealing with administration and procedure, offences and investigations, and whistle blowers protection, just to highlight a few. There seems to be a lot of duplicative provisions with no definite purpose and logical organisation to aid comprehension. For instance, “Meaning of retaliates” (s.11), “Meaning of Occupational detriment” (s.12), and “Part 8. Protection of People of who assist the Commission”, should be separated into a Whistle Blower Protection legislation. Another example is the mandatory requirement under section 133(3) & (4) for investigators to be issued and carry identity cards at all times. This is an unnecessary requirement that can potentially question the validity of actions if the investigator somehow does not bear the ID at the time of taking certain actions. Such lengthy statutes require more effort to understand and increases the compliance burden. We can learn about the benefits of brevity in legislative frameworks from successful ACA models like Singapore’s CPIB and Hong Kong’s ICAC. In PNG, the organic law and the Constitution must be revised to make them consistent, coherent and robust to not only enable the fight against corruption, but also withstand any challenges as the ICAC turns the heat on corruption.

Finally, the legislation needs to pay more attention to political will and the politics of anti-corruption. Like it or not, combating corruption requires the unwavering resolve of the Prime Minister. The foreshadowed composition of the ICAC Appointment Committee is the same as that of the Ombudsman Commission, except for the chairperson of the PNG Council of Churches. I consider another framework where a delicate balance has to be struck. The Prime Minister must be given the prerogative to nominate the candidate(s), and that person has to undergo a fitness test by an independent authority. The removal can take a similar path. In that way, the Prime Minister commits the political will to a person of his choice who has an impeccable reputation. Lessons can be drawn from the United States of America relating to the appointment of certain top officials such as the Attorney General.

Overall, the fundamental question that we should ask is whether these legislative frameworks, when implemented, will produce the desired policy outcome in an effective manner. I doubt the proposed structure will produce such a result. Establishing an ICAC must not be just a “ticking the box” exercise. The ICAC must not only be able to do its job effectively but must also be able to endure.

So, does PNG need an ICAC? Given the success of ITFS and the significant problems of corruption I believe PNG urgently needs such an organisation. But that doesn’t mean we create an ICAC that looks like a tiger on paper only. PNG cannot afford to create an organisation that, instead of fighting the monster (corruption), becomes the monster itself (corrupt).