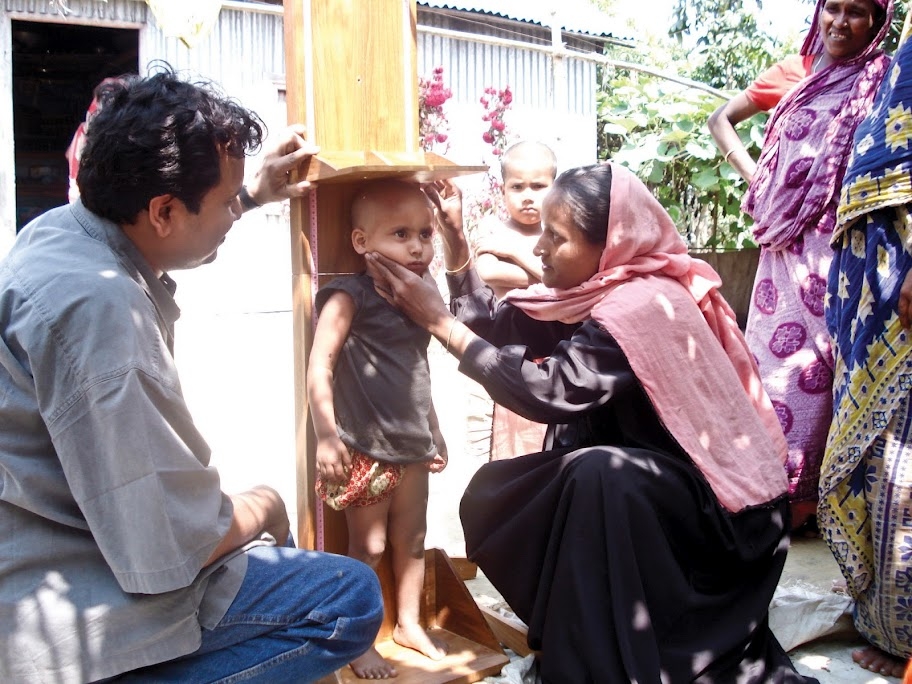 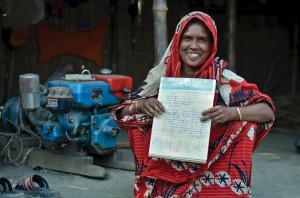 For decades, development research has pointed to the fundamental importance of gender equity and women’s empowerment for good development outcomes. Today, on International Women’s Day, there is further evidence to support that claim – an evaluation of a program in Bangladesh which has shown that empowering women has a significant impact on reducing child malnutrition. CARE is part of a growing consensus that believes increased and better targeted investments in women and girls will support efforts to end poverty and realise basic human rights for all. Collecting and sharing evidence to show the impact of women’s empowerment is also a critical piece of the aid effectiveness agenda. Today we add to the expanding evidence base with analysis from CARE’s SHOUHARDO program.

In Bangladesh, CARE believed that with a little support, women would increase their own status and as a result, their children would grow healthier and taller. So CARE implemented the SHOUHARDO program from 2004 to 2010 to improve food security for the poorest people across some of the most disadvantaged areas of Bangladesh. Standing for Strengthening Household Ability to Respond to Development Opportunities this $126 million program, funded by USAID, worked with the Government of Bangladesh to reach 2 million people. The program focused on health and nutrition, sanitation, food production in a changing climate, income generation and village savings and loans groups.  SHOUHARDO tried to address not just the symptoms but also the causes of hunger – particularly around discrimination – that prevent people leading healthy and productive lives.

An independent evaluation identified a number of positive results but the most impressive gain was the large reduction in stunting for children under two years of age. Stunted growth refers to low height-for-age and caries long-term development risks. In February 2006, 56.1 per cent of children were stunted and in just under four years this fell to 40.4 per cent, a drop of 28 per cent. This meant that SHOUHARDO’s annual stunting reduction was 4.5 per cent while the average USAID project of its kind was 2.4 per cent and the national average during that period was 0.1 per cent. The really interesting thing about this was that no single intervention – including those aimed at boosting a family’s agricultural production – reduced child stunting more than women’s empowerment.

SHOUHARDO supported women’s empowerment through the formation of groups of 20 women and 10 teenage girls. These groups – known as EKATA groups – would meet to discuss their own lives and identify solutions to the problems they faced including violence, early marriage and lack of education. Girls learned from the experiences of the women and the women in turn tried to protect the girls from violence and abuse. Some of the EKATA groups were able to reduce the number of child brides in their villages and take legal action in domestic violence cases. EKATA groups found ways to address the harassment of women who venture outside their homes and create new opportunities to earn an income. The groups had a profound impact on raising women’s status, tackling inequalities between women and men and reducing poverty.

The program addressed malnutrition through different activities so it was important to work out which ones had the greatest impact. SHOUHARDO researchers gathered data from thousands of randomly selected households through ten surveys across the timeframe of the program and used a statistical method called propensity score matching. For every woman who participated in the EKATA groups for instance, the researchers would find a SHOUHARDO participant who was not but shared common characteristics like age, education levels and household size. They then compared stunting results for the children of the group of women who participating in empowerment activities with those from the group who did not.

The evaluation found a direct correlation between participation in EKATA groups and indicators of women’s empowerment including women’s decision-making, freedom of movement, freedom from patriarchal beliefs and women’s likelihood of earning cash income. For example, data collected at the beginning of the project compared to data collected at the end showed that women’s decision-making within households had increased by 23 per cent. The evaluation also highlighted the links between activities and showed that women who participated in both the empowerment and nutrition activities saw a greater reduction in child stunting than those who participating in only one of these.

There are many reasons to ensure women’s empowerment is at the centre of all development work, most importantly, to recognise women’s fundamental human rights. This evaluation again shows how addressing gender inequalities in development programming will provide the fastest path to poverty reduction. And as we celebrate International Women’s Day and reflect on the considerable achievements of women, we have an opportunity to think about the untapped potential that awaits future generations of women.

The Institute of Development Studies has published the findings from the independent evaluation of SHOUHARDO by TANGO, available here [pdf]. A summary titled “Reaching new heights: an unprecedented study measuring women’s empowerment” is available here.

Laura Taylor is the Gender Advisor for CARE Australia

Laura Taylor is the Gender Advisor for CARE Australia.