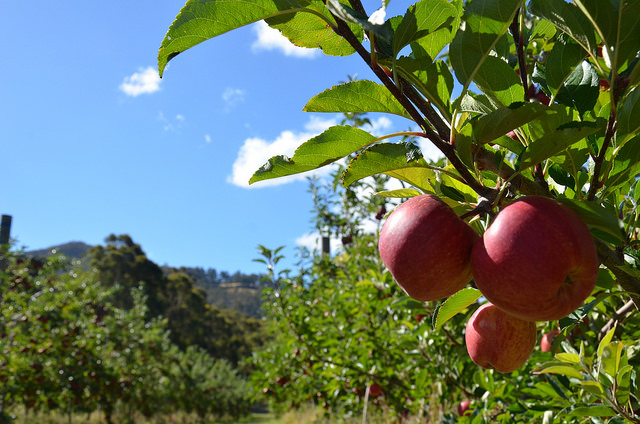 How workers are recruited for Australia’s Seasonal Worker Programme (SWP) and New Zealand’s Recognised Seasonal Employer (RSE) Scheme plays an important part in determining how many workers participate from each country. Experience in Fiji and Papua New Guinea provides a contrast in recruitment approaches used by both sending countries and seasonal work employers.

Fiji’s participation may have been even higher if it were not for some troubling experiences among the first group of participants. Worker exploitation was reported in the Australian media and several workers were forced to return home to Fiji after leaving their original employer. This incident saw a labour hire firm responsible for most placements in 2015 withdraw in 2016. The use of labour hire firms is extensive in the Australian SWP (and across the horticultural industry), with benefits and drawbacks. One potential cost is the expectation gap between the growers and workers, given that the growers are not directly hiring workers themselves. This contrasts with the approach taken in New Zealand, where the preference of employers is based on direct engagement and securing workers who match their preferences and expectations for work performance.

However, the Fiji government reacted quickly and positively in response to this crisis. A new recruitment strategy has been implemented, with a focus on community participation and accountability. The Fiji Minister for Employment and an accompanying team of government officials travelled to twelve rural areas to set expectations, create community buy-in and provide on-the-ground support for selection for a ‘work-ready pool’. Isolated rural communities with agricultural farming experience are targeted and community leaders are involved in the selection process to identify the best workers for the work-ready pool.

While the overall number of Fijian seasonal workers in the RSE and SWP remains small, this new recruitment strategy shows that the Fiji Government has responded to an identified issue. Encouraging growers in Australia to become direct employers themselves is the next challenge to achieve greater numbers of workers from Fiji in the future.

Similar to Fiji, recruitment in PNG occurs through the government-run work-ready pool. Yet instead of an active selection strategy as has evolved in Fiji, there is little outreach into rural communities or support mechanisms for interested workers. This has created an artificial barrier to worker participation, building on top of existing barriers. For example, Vanuatu gained first-mover advantage in the RSE after being asked to take part in the pilot program. This laid the foundation for return work opportunities and strong institutions to support the selection and recruitment of workers. Other countries, such as Solomon Islands and Tonga, used networks or individuals as intermediaries to foster increased participation, another factor missing to support PNG’s participation. While the Melanesian diaspora in Australia and New Zealand is much smaller than the Polynesian diaspora, the success of Solomon Islands in sending workers to New Zealand points to factors other than structural or historical barriers.

To overcome poor SWP participation from Papua New Guinea, the Government should foster direct recruitment by employers. This is restricted at present. Section 1.2 of Schedule 1 of the Inter-Agency Understanding for the RSE in Papua New Guinea establishes this in specific terms: “Papua New Guinea Government policy for RSE recruitment prohibits recruitment by agents; hence, all recruitments of RSE guest workers shall be through the PNGSW Taskforce.” Further, the Agreement states, “In the first instance, it would be more practical for RSEs to engage the Department to recruit workers from Papua New Guinea.” In practice, this did not happen as many New Zealand employers either travelled to PNG to select the workers themselves from the work-ready pool or asked returning workers to select workers from their home communities.

Feedback from Australian approved employers under the SWP suggests that reliance on government officials to select workers according to simple criteria based on age, gender and body mass index (BMI) has not worked well. For example, at the outset of the program the PNG government introduced eligibility criteria, such as high minimum English standards and formal education levels, which in practice favoured people living in urban centres. This occurred in 2010 during the pilot period for the SWP, but it has led to the persistent unwillingness of Australian employers to participate in the PNG selection.

PNG should encourage more direct recruitment by directing greater resources to worker selection and participation outside of Port Moresby. Australian employers should be prepared to travel to PNG to select workers from the work-ready pool themselves. This is a common practice among RSE employers and there is at least one example of an Australian grower doing this and increasing each year the number of workers they recruit. One practical method to encourage this is to create a labour attaché position based in Australia to act as a go-between for growers in Australia and government officials in Port Moresby.

The Fiji government was able to quickly respond to issues affecting worker recruitment and looks set to benefit with greater participation in the SWP and RSE. In PNG, the reluctance to recruit workers from rural areas who have been selected by their community leaders is a barrier to getting a greater response from Australian employers.

Richard Curtain is a Visiting Fellow and Henry Sherrell is a Research Officer at the Development Policy Centre.