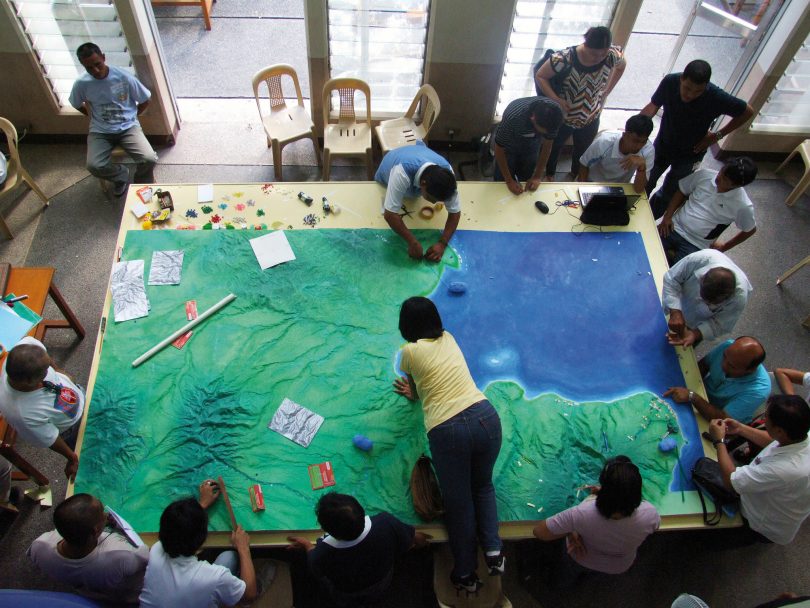 In May, government delegations and disaster risk professionals from across the globe gathered in Cancun, Mexico, for the fifth Global Platform on Disaster Risk Reduction.

Convened by UNISDR, the platform is a much-needed mechanism for world leaders to ensure the effective implementation of the Sendai Framework for Disaster Risk Reduction. The Framework was developed in 2015 to equip the global community to prepare for disasters that are increasing in scale, impact and frequency in the face of climate change.

So does it do that – and did the May gathering see the steps forward necessary to ensure that communities all over the world will be prepared for the disasters we know are coming?

A critical lens through which to analyse the progress made with the Sendai Framework is one focussed on support for women’s participation and leadership in disaster preparedness efforts.

An essential measure in ensuring women’s rights are protected during emergencies is to ensure that women are not just included in preparing for disasters, but that they are empowered to lead these efforts.

Women’s leadership is particularly critical in Disaster Risk Reduction (DRR). Not only do women leaders ensure that the rights of women are upheld, their traditional gender role as caregivers means that women are more likely to consider the needs of the whole community, and ensure inclusive planning processes.

At its inception, the Sendai Framework laid progressive foundations for institutionalising women’s participation and leadership in Disaster Risk Reduction. In its text, the Framework recognizes that women’s participation is important, clearly stipulating that it’s “critical to effectively managing disaster risk and designing, resourcing and implementing gender-sensitive disaster risk reduction policies, plans and programmes”.

However, the Framework lacks the strong targets needed to make women’s leadership and participation a reality – and fails to stipulate a clear timeline for achieving this.

Ahead of the convening in Mexico, Robert Glasser, the UN Special Representative of the Secretary General on Disaster Risk Reduction and Head of UNISDR, and Phumzile Mlambo-Ngcuka, the Executive Director of UNWomen, announced a new global flagship program.

The program, which will be implemented in partnership with the International Federation of the Red Cross, is designed to address the gender inequalities of risk and leverage women’s leadership in disaster risk reduction. It will aim to assess and understand the gender dimension of risk in disasters, ensure national and subnational DRR planning is gender-responsive, and strengthen women’s capacity, participation and leadership in DRR and resilience building.

Women are faced with gender and poverty-related barriers that often undermine opportunities for them to be leaders in DRR. Patriarchal attitudes and gender norms dictate the roles of women in society, restricting their mobility, access to decision making forums, and economic participation – all of which impact their ability to lead DRR initiatives.

Through evidence collected from programs with women living in poverty and exclusion in several countries, ActionAid has identified the burden of women’s unpaid work as a significant barrier to women becoming active participants and leaders in DRR and resilience building. Unequal distribution of unpaid work between men and women places additional burden on women who are often primary carers for their household and undertake the bulk of unpaid domestic work. Women experience ‘time poverty’ as their lives are consumed with these activities, restricting their opportunities to engage in other social or economic activities, including local DRR planning.

In addition, because the majority of their domestic work is unpaid, women have very little opportunity to become economically independent, further entrenching power inequalities with their male relatives and creating a financial barrier to their participation in DRR activities, which often involves transportation or equipment.

Despite UNISDR’s fresh focus on the importance of addressing women’s leadership in DRR, there is still a huge gap to be bridged to make gender equality a reality at all levels of DRR governance.

At the Global Platform meeting, ActionAid called on all governments to recognise the disproportionate impact of unpaid care work on women, and address traditional gender roles in DRR through improved publicly-funded services.

A critical first step towards addressing this will be improving the collection and analysis of sex, age, and disability disaggregated (SADD) data in local and national statistics, particularly on unpaid work and engagement in DRR. Governments will then be better able to resource the gender-responsive services and infrastructure that can reduce women’s unpaid burden of work, which increases during and after disasters.

Melissa Bungcaras is Gender and Resilience Advisor for ActionAid Australia.

Melissa Bungcaras is the Gender and Resilience Advisor at ActionAid Australia. She is currently managing a portfolio of programs across the Asia-Pacific focused on women’s resilience to climate change and disasters, and drives policy advocacy on climate justice and women’s leadership in emergencies. Melissa has over 8 years’ experience in international development and holds a Master of Environmental Management and Development from the Australian National University.