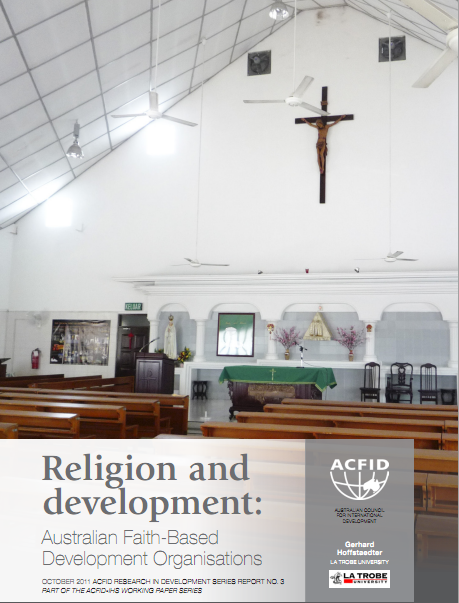 Ever since the fall of the Iron Curtain in Eastern Europe, civil society has been hailed as a motor for progressive social change, democratisation and participation. The role of the churches in Poland and East Germany figured greatly in the following decades as examples of the power and potential to enact change. This came on the back of a period of prominence for liberation theology in Latin America, further arguing for the important role churches had to play in resistance to authoritarianism and ideologies that curbed religious and other freedoms.

In academic scholarship, too, there has been a turn from studying churches, religious communities and their organisations as passive arms of the status quo to researching their roles as policy shapers and agents of change.

As protesters occupy public places around the world, some have settled in or around churches, hoping for support from religious groups, many of whom have been actively involved in social justice activism and a critique of the neoliberal state withdrawing from welfare provision. Faith-based organisations (FBOs) have often replaced the state in providing vital community services.

In Australia, where around 70% of people subscribe to some sort of religious belief, religion and FBOs continue to play a major role in civil society and our daily lives. FBOs are also an important part of international development efforts in Australia both at the level of in-country service delivery overseas and national campaigns to create a domestic constituency for international development.

There are several arguments about FBO involvement with government aid programs:

However, the debate goes beyond service delivery. It is about the well-being of the aid recipients and their attitude towards religiosity/spirituality on the one side and the religiosity/spirituality of aid practitioners on the other. Is it possible to divorce the two? Internally it is impossible, though externally – in practice, for example – it may be. Thus some agencies who continue doing missionary work have split their organisations to accommodate government strictures and their own beliefs, often leading to internal problems within FBOs over their identity and mission.

Indeed, whether members of FBOs (or other NGOs for that matter) are missionaries, bear witness or evangelise is of tremendous qualitative difference, yet remains largely underdeveloped in research.

This working paper, “Religion and development: Australian faith-based development organisations”, presents a pilot study. Clearly this topic warrants further research — especially field research in Australia as well as overseas — to better understand what role faith plays in the service delivery and outcomes of faith-based development work on the ground. In terms of future research, I would propose a series of research questions that deal with faith as an important element in many societies that development aid is delivered to, as well as in many organisations that are involved in aid delivery.

This is a preliminary list of possible questions that hopefully future research projects will endeavour to answer.

I hope the working paper demonstrates that faith has an important part to play in international development, both for aid recipients and practitioners. Questions remain as to what role faith should play and how to better integrate FBOs, religious communities and faith in broader aims of international development agendas. Major campaigns such as Jubilee 2000, Make Poverty History and the Micah challenge have shown that faith and religion are important for thinking about and practising development. Recognising their power to galvanise support and build a domestic constituency for aid as well as provide institutional, monetary and personal support for development overseas is a first step to better understand FBOs, their values and mission and to facilitate cooperation across faith lines.

Dr. Gerhard Hoffstaedter is a research fellow with La Trobe University’s Institute for Human Security and a co-founder of the Melbourne Free University. He has recently published Religion and development: Australian Faith-Based Development Organisations as part of the ACFID-IHS Working paper series.