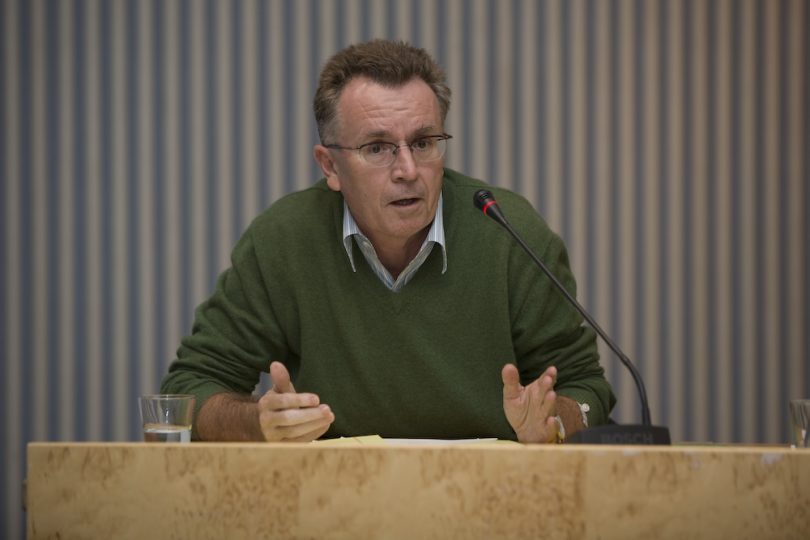 I have often wondered why we don’t express appreciation of people in our lives enough when they are still around so that they would know how they are valued. No one is perfect, but they don’t need to be for us to recognise what is valuable about them and what to celebrate and be thankful for. In the case of Martin Ravallion, there is much to celebrate and be thankful for. This is a note of remembrance and appreciation of Martin through the limited lens of my journey with him, which has though been a long one. The cumulative sum of hours I have spent working with Martin is a big number.

My association with Martin goes back a long way, to mid-1985 when, in a quasi-radical mindset denouncing the US and UK as seats of imperialism, I arrived at The Australian National University (ANU) to pursue a PhD in economics. There at the Research School of Pacific and Asian Studies, Martin – who had joined the ANU about a year before, following his PhD in 1981 from the London School of Economics and short stints at Nuffield College and Queen Elizabeth House in Oxford – became my PhD supervisor. Though only one of three on my supervisory team, Martin was by far the most influential in shaping the awkward transition of my research topic from post-Sraffian economics (a lingering influence of Professor Sukhamoy Chakravarty from the Delhi School of Economics) to agricultural labour markets in India, and the doctoral dissertation that followed.

I recall Martin was working at that time on his book Markets and Famines which came out in 1987. I had only a fleeting sense at that time of the significance of the book, which a review by Jean Drèze in 1989 described as “a tour de force – without question the most important piece of work on the subject since Amartya Sen’s pioneering contribution seven years ago”. Martin acknowledged in the book’s preface that “the underlying premises of this book owe much to Amartya Sen’s work on famines”. Noting her help with this study “in so many ways since it began”, Martin dedicated the book to Dominique van de Walle, his lifelong partner, whom I also got to know from my time at the ANU.

Martin left the ANU in 1988 to take up a research economist position at the World Bank while I was still finishing my PhD. I submitted my PhD thesis in January 1989, and in what turned out to be a sliding-door moment in my trajectory, I wrote to Martin asking if he might have a short-term work opportunity for me while I looked for an opening in the academic job market. Little did I know when I arrived at the World Bank in Washington DC in March 1989 (on a three-month contract) that it would turn out to be the start of a long-term association with Martin.

This was the time at the World Bank when Lyn Squire was leading a team (which included Dominique van de Walle) on the 1990 World Development Report (WDR) on poverty. The core poverty estimates in the WDR were based on a background paper authored by Martin (‘Quantifying the magnitude and severity of absolute poverty in the developing world in the mid-1980s’). This was the genesis of global poverty monitoring by the World Bank, a mantle that Martin took on from then and held until his departure from the World Bank in 2013 (and even beyond that in a significant advisory capacity).

This early work came to provide the foundation for the articulation of the United Nations’ Millennium Development Goal 1 and later the Sustainable Development Goal 1.1 on eliminating extreme poverty; the targets for these goals were specified in terms of the international poverty lines (of a dollar a day and later $1.25, $1.90 and most recently $2.15 a day) that were directly based on the global poverty work pioneered and led by Martin at the World Bank. If today monitoring progress on this goal has come to be recognised as the mandate of the World Bank, one person who made this possible more than anyone else was Martin Ravallion. As Tony Atkinson observed in the Report of the Commission on Global Poverty in 2017, while there were precursors, for instance in the work of Hollis Chenery and coauthors (1979), “there have been major developments, notably as a result of the research carried out in the past 25 years at the World Bank by Martin Ravallion and colleagues, where the output of this research is embodied in the PovcalNet database on which today’s estimates are based”. (Recently, PovcalNet has been superseded by the Poverty and Inequality Platform.)

Martin wrote another paper in 1994 that turned out to be highly influential. Titled ‘How robust is a poverty profile?’, the paper introduced the cost-of-basic-needs (CBN) method of setting poverty lines. This soon became the canonical method of setting poverty lines used in numerous World Bank poverty assessment reports and adopted widely by many countries for establishing their own national poverty lines. It came to be known as the Martin method, and I have personally used it for poverty assessments for the Philippines and Timor-Leste.

My early years at the World Bank were formative. The relationship with Martin had soon morphed from one of a former student to that of a junior colleague. This was a period of my initiation into poverty research. I recall the early days at the World Bank when Martin allowed me a lot of leeway with my slow and ponderous way of working, which was in sharp contrast to the frenetic pace at which Martin worked. The six years from 1990 to 1996 were a period of very productive collaboration with Martin and a time of great learning.

The early 1990s was also the time when Martin and I embarked on the India poverty project. This was a relatively ambitious project, the centrepiece of which was putting together a time series on poverty at the state and national levels all the way from the early 1950s when national household surveys were initiated in the country (under the stewardship of P.C. Mahalanobis) to the early 1990s. A consistent time series on poverty over such a long period was unprecedented, and it allowed us to ask questions that could not be adequately addressed through cross-country regressions, such as: Does the pattern of growth matter for poverty reduction? What is the relationship between farm productivity, wages and rural poverty? When is growth pro-poor? This research on India led to a series of joint papers in the late 1990s and early 2000s that delved into these questions. The database for this research was made publicly available, and it spawned a number of subsequent studies by other researchers. The database was also used by many PhD students for their doctoral dissertations.

As the chequered progression of my career took me away from Washington DC and ultimately away from the World Bank, active interaction with Martin became less frequent. However, the work on poverty in India continued to be the mainstay of my later collaboration with Martin. We extended our earlier analysis to inquire into India’s poverty reduction experience following the rapid growth since the economic reforms of the 1990s. The research article ‘Poverty and growth in India over six decades’ published in 2020 was the last piece of my joint work with Martin. We had started discussing a new research project on the evolution of relative versus absolute poverty, and even begun some preliminary work, but that was not to be.

What I learnt from Martin over our decades of collaboration only became clear in hindsight, for the learning was always implicit and by osmosis. Looking back, there were three major learnings. One was developing a deeper appreciation of empirically grounded research and the importance of treating data with respect. The second was a lesson in the fine art of working with often imperfect data to extract a story, for there is often a story that merits telling. A third lesson was one of persistence and commitment; there weren’t any shortcuts to this kind of work. All these have been enduring lessons and all were epitomised by Martin’s own approach to work.

This is a two-part tribute to the economist Martin Ravallion, an edited version of this Monash CDES blog.

Gaurav Datt is Associate Professor with the Centre for Development Economics, Monash University. He has previously worked at the World Bank and the International Food Policy Research Institute.