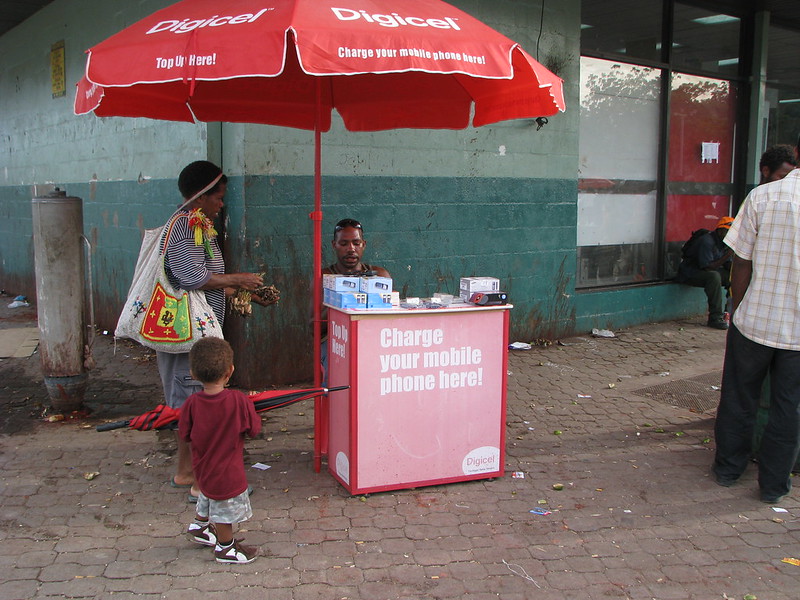 Yesterday, Telstra announced that it was buying Digicel Pacific. Telstra itself is only paying $270 million, and the Australian government $1.33 billion. Yet, Telstra is obtaining 100% ownership. The deal is certainly an attractive one for Telstra. But does it make sense for Australia, and for the Pacific?

Digicel has had a transformational impact in the Pacific, but now has too much market power. As the Telstra release explains, it holds the dominant position in all the Pacific countries in which it operates, except for Fiji, where it is in second place.

In Papua New Guinea, which I know best, and which is by far Digicel’s biggest market, the company  has a 92% share of the mobile phone market. That makes Digicel effectively a monopoly in PNG. And that is why it is so profitable: like any monopolist, it exploits its market power.

Australian and PNG researchers have been tracking mobile internet prices in PNG since Australia gifted it a new underwater cable . Their conclusion is that since the completion of that cable in December 2019 to today there has been no decrease in mobile internet prices. The reason is simple: the lack of retail competition.

Michelle Nayahamui Rooney, Martin Davies and I last year exposed Digicel PNG’s predatory loan scheme. Digicel lends phone credit to its customers. They pay it back when they next top up. Our estimate is that Digicel made a 17% return from such loans every week, which is equivalent to an unbelievable 351200% a year.

Is this really the way in which Australia want to engages in the Pacific – owning an enterprise that keeps prices high for consumers, and rips them off when they are desperate to make a call?

Any monopolist is necessarily engaged in a battle between the consumer and their profits. At some point, Telstra will end up going toe-to-toe with the PNG telecom regulator, NICTA, as Digicel has done several times. It’s going to be awkward for both Telstra and the Australian government.

Many will welcome the investment as a sign of Australian commitment to the Pacific. However, if we want to invest in the telecom sector in the Pacific, we should be backing alternatives to Digicel, to push prices down and improve services, not buying out the dominant player. Amalgamated Telecom Holdings based in Fiji is the Pacific’s second biggest telecom provider. It is currently planning to enter the PNG mobile market with support from the Asian Development Bank. This is the sort of investment we should be financing.

That Australia has bought Digicel shows the extent to which the Pacific is now viewed through a China lens. That’s unfortunate. China is a massive economic power. Its companies will have increasing stakes in economies around the world. That is a fact we have to accept.

The Australian government also needs to decide if its only goal is to counter China or if it still seeks to promote Pacific development. When I was AusAID’s Chief Economist, Digicel was the new kid on the block in the Pacific, and it was successfully challenging state-owned telcos that until then had been dominant. In 2006, in Foreign Minister Alexander Downer’s flagship Pacific 2020 report, we wrote glowingly about the competition that various Pacific countries had recently started allowing in the mobile phone sector. Our analysis was right then, and remains relevant today. Yet here we are, in 2021, doing the opposite: rather than supporting greater competition in the telecom sector, subsidising the purchase of the incumbent monopolist.

The decision to buy Digicel Pacific should be reversed. If it is too late for that, the Australian government should at least – in return for all its cheap and risk-reducing finance – oblige Telstra to operate Digicel for the benefit of the people of the Pacific rather than solely for its shareholders through an agreement that makes it clear that the Australian company is not only expected to return the cheap loan it has been given, but also reduce prices, and end rip-offs.