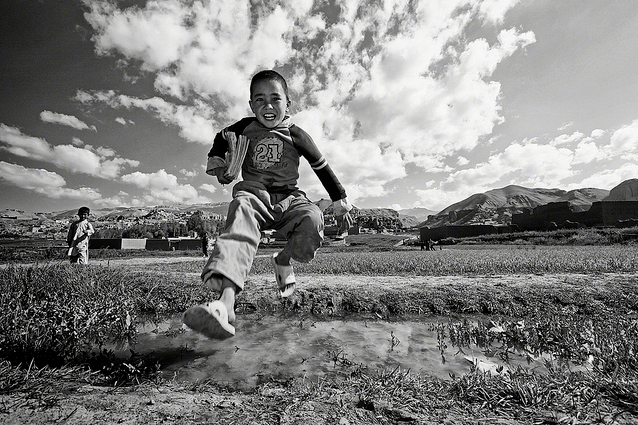 This is a guest post by Johannes Linn from the Brookings Institution. The Development Policy Centre is hosting a seminar on ‘Poverty in Numbers and Scaling up Aid’ on 28th March. If you would like to attend, more details can be found here.

Australia is the big exception at this time in the international world of development assistance: with bipartisan support the government is committed to double its aid by 2015. This “scaling up” of aid is an opportunity which other donors can only dream of in the years of fiscal retrenchment and stingy public opinion following the great global crisis of 2008/9. But it is also a challenge, since Australian taxpayers will want to be sure that their dollars are well spent.

This is where a different sort of “scaling up” can be helpful to Australia as a donor. Against the backdrop of much criticism of aid’s supposed lack of effectiveness, some of us aid experts have in recent years recommended that it is possible to get more development bang for each aid buck by systematically focusing on scaling up what works. This means that aid agencies would not only look at innovative ways of helping developing countries, but they would carefully evaluate the programs and projects that they support and then help systematically expand, replicate and disseminate successful development interventions.

This may sound like commonsense, and of course it is. In the commercial world, scaling up is driven by the force of competition. If some innovation makes money, there are lots of people who will replicate it, so as to make more money. Not so, however, in the world of politics and bureaucracy: Here the incentives are skewed against replication of what works in favor of trying something new: every politician wants to sell his own ideas to win votes and every bureaucrat wants to start up a new program as a way to get a ahead.  In the world of international aid this has led to the proliferation of new aid agencies and to a dramatic expansion of the number of aid projects, while the average size of projects has dropped.  Today more than half of all aid projects by the traditional donor agencies in industrialized countries are smaller than US$ 100,000!

As a result many new ideas in development assistance are piloted and then forgotten. And while the vast majority of projects are judged to be successful by the watchdogs of aid evaluation, no one asks whether and how one can systematically build on this success. As a result the many dots of aid projects on the maps of developing countries are rarely ever connected, their potential synergies are not exploited, their benefits are not sustained and their impact is not scaled up. It’s therefore not a surprise that research has found that the aggregate impact of aid on growth and poverty reduction is negligible.

Fortunately, there are notable success stories of scaling up successful development interventions – the Green Revolution, the Grameen Bank, the River Blindness Eradication Program, to mention just a few. We have studied the lessons from these and other success stories and we reviewed the experience of selected aid agencies. Based on this research we have concluded that it is possible – and indeed necessary – to consider systematically the question of whether and how to scale up successful development projects. We have developed a simple framework that allows the development practitioner to explore how to support the various drivers of scaling up (vision, leadership, incentives) and how to deal with the inevitable obstacles to scaling up (financial, political, institutional, even cultural). And we have concluded that aid agencies need to focus very deliberately on the scaling up opportunities already in the design of projects and programs, they need to reach out to potential partners early on, and they need to monitor costs and explore options for financing already during implementation of their projects.

If aid agencies adopt a scaling up approach they will have to abandon the scattershot project approach of the past; they cannot treat each project as one-off, but stay engaged for the longer term; they will more systematically reach out to partners to cooperate with or hand off to; and they will measure success in terms of whether they have pursued effective scaling up pathways where one step builds systematically on the successful preceding step to achieve a vision of broad-based development impact.

This scaling up approach can be a valuable tool for Australia in its quest for a larger and more effective aid program. It would assure that additional Australian aid dollars will not simply add to the fragmentation of aid around the globe, but will be a force that creates greater and lasting impact beyond the additional money put in. Since Australia is the exception in terms of expanding the quantity of its aid in times of global aid retrenchment, its efforts to enhance also the quality of its aid will have even more leverage as an example that other donors may wish to follow.

Johannes Linn is Senior Resident Scholar at the Emerging Markets Forum and Non-resident Senior Fellow at the Brookings Institution.

Johannes Linn is Senior Resident Scholar at the Emerging Markets Forum and Non-resident Senior Fellow at the Brookings Institution.