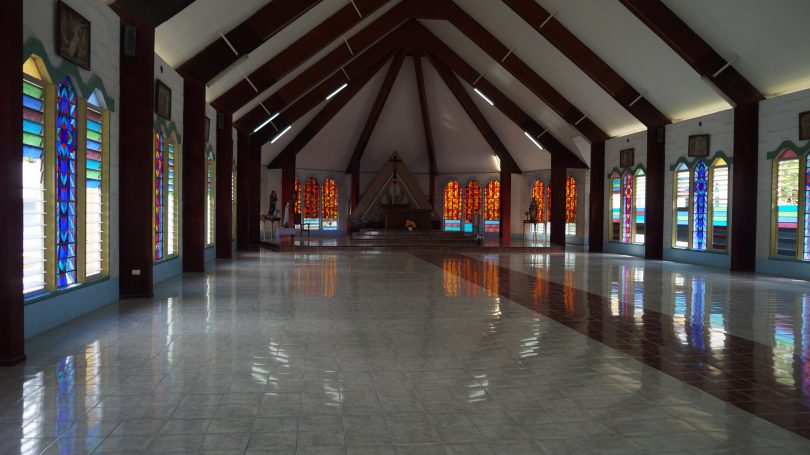 An often overlooked aspect of Australia’s Seasonal Worker Programme (SWP) and New Zealand’s Recognised Seasonal Employer scheme (RSE) is the opportunity for workers to have religious observances. Religion is important for people in the Pacific, and given that the Pacific region is targeted for these schemes, this should not be understated. I highlight the relevance of this issue in terms of policy and how employers and workers are affected, recommending that there is room for further understanding and acknowledgement. Based on evidence from conversations with workers and employers, I find that this part of the pastoral care policy is not necessarily upheld and, furthermore, people of certain religions face discrimination based on the day of the week on which their observances fall.

After discussions with workers it was clear that they did not know about their rights to religious observance. For example, a group of women from Tonga working in NSW said that they were not allowed to take time off for church on Sundays and ni-Vanuatu workers expressed their sadness and guilt because of breaking their sabbaths while participating in these labour schemes. Workers acknowledge it is often difficult to access their denominated churches due to work hours, location, transportation and general understanding and negotiations. This blog also discusses ways in which workers have overcome these barriers.

Below are some of the listed pastoral care requirements of approved employers in Australia’s SWP and New Zealand’s RSE scheme. Both reveal there should be opportunities for religious observance. It is not a recommendation but rather a responsibility for employers to provide this opportunity, yet as many workers mentioned, this is often overlooked within a few weeks of employment. Religious observances for Pacific workers are tied to identity and well-being, therefore it is extremely important for policymakers to ensure that this aspect of the policy is not neglected.

Approved employer responsibilities include:
• providing briefings to seasonal workers on arrival in Australia and before departing back home
• providing seasonal workers with a minimum average of 30 hours per week for up to six months or up to nine months for seasonal workers from the microstates of Kiribati, Nauru and Tuvalu
• organising and providing access to council approved accommodation and transport to and from work for each seasonal worker (at the seasonal workers’ expense)
• reporting to the Australian Government, and
• providing pastoral care for workers, including opportunities for recreation and religious observance, …and assisting workers to access services in the local community (emphasis added).

It should be stated that many employers in both countries assist in connecting workers with local church communities. However, there is scope for further improvement.

In ten years of research I have received a number of complaints from workers with regard to access to religious observance and workers being penalised due to their religious observances falling on a weekend work day. Employers have provided different views on this, depending on which days they wish their workers to work. When I asked one employer about religious observance days, he said that his workers did not need them as they practised daily devotions. It is a fact that most Pacific seasonal workers practise daily devotions but these are not the same as observing their respective sabbath days.

In fact, workers from the Seventh Day Adventist (SDA) church were often deliberately overlooked for participation during recruitment processes because employers did not want to have workers who could refuse to work on Saturdays [1]. My research revealed that many SDA participants worked on Saturdays (their sabbath) out of concern that they would not be permitted to return to the program if they did not do so. Disturbingly, this does not come without a personal sense of guilt. As one worker said, ‘I am very sad, I am at work, pray for me please. Can we find some way out for us sabbath keepers?’ [2]. He was referring to himself and the other seven SDA workers. However, Sunday sabbath observers also raised these points. This guilt, affecting workers emotionally and spiritually, no doubt affects their work performance [3]. Instead of workers begrudgingly attending work, alternative measures could be taken to improve things for both them and their employer.

The location of churches and need for transportation is also a factor. Most workers in the RSE and SWP are located in rural areas with limited access to transportation during their down time. For example, in my case study, SDA workers in New Zealand had to travel 60 kilometres to attend service. Many remained at home while others opted to work. Church communities in both countries have been generous in providing support to workers through offering transportation to church and other support (Bailey 2009). Many workers in both countries have been lucky to have church leaders in their working groups who have led services in their accommodation. However, the group of Tongan women working in NSW mentioned earlier stated that they did not have access to religious observations due to working seven days a week, and also highlighted that because of their gender they were not be able to perform what they considered a ‘proper service’ and most of the time they only studied the Bible together. They also said that this will affect their decision on whether to participate in the Programme again.

A number of employers respect and understand the importance of workers receiving a day off. As one employer said, ‘unless they have one day of rest they would be useless to me’ [4]. This same employer hires workers from many religious denominations and realised that SDA workers did not receive the same working hours as other workers, therefore the next season he rostered SDA workers off on Saturdays and on Sundays rostered them on, and the reverse for those whose religions required Sunday as an observance. Thus he ensured his crops were worked on seven days a week and that his workers had the opportunity to observe their respective sabbaths.

Awareness and flexibility are needed to accommodate the needs of both employers and workers in seasonal worker programs. Although it is a requirement for employers to provide the opportunity for religious observance, they may not be aware of the various sabbaths of their workers or the emotional and spiritual impacts of ‘breaking the sabbath’. It would be ideal for approved employers to be aware of this issue during recruitment, and workers also have a responsibility to make their employers aware of their sabbath requirements. Nonetheless, many workers will not share this information through concern it may become a barrier to their participation, leading to the appearance of employers deliberately hindering workers from accessing their religious observances. As shown above, when employers are aware of the situation, compromises can often be made. Like all matters arising from participation in seasonal worker programs, constant dialogue between parties is needed to make them successful. When this communication is lacking, there is a risk of issues becoming larger than necessary.

This post was originally published as Department of Pacific Affairs (DPA) in brief 2017/36.