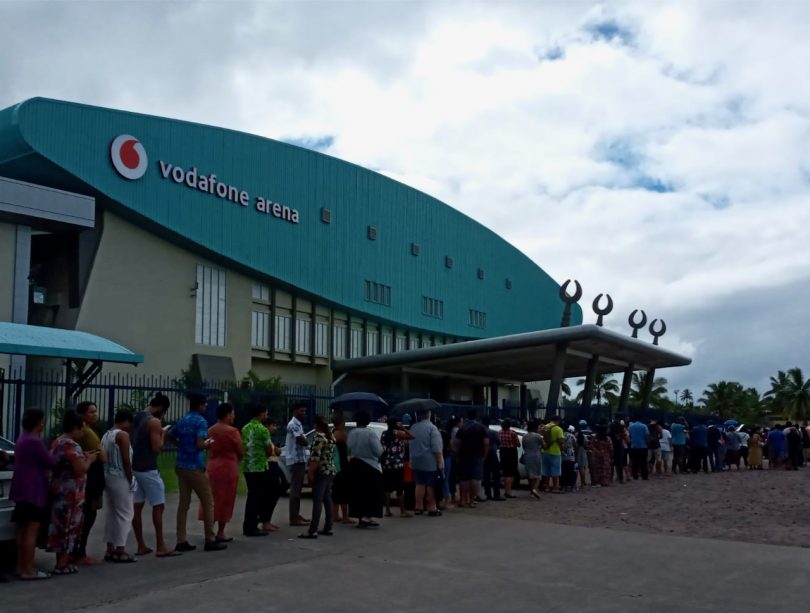 A year after the first border closures and lockdowns, Fiji is again in the throes of stringent containment measures. On 18 April, Prime Minister Frank Bainimarama proudly announced the one-year mark since Fiji’s last case of COVID-19 outside of a border quarantine facility.

On 5 May, with community transmission on the rise, medical authorities declared Fiji was ‘at war’ with the virus. Lautoka Hospital, Fiji’s second-largest hospital, was placed under quarantine with the country’s first community transmitted case and third death due to COVID-19.

Numerous community cases have been detected across the country, some still baffling authorities on their origin. Contact tracing, testing and isolation are ongoing. 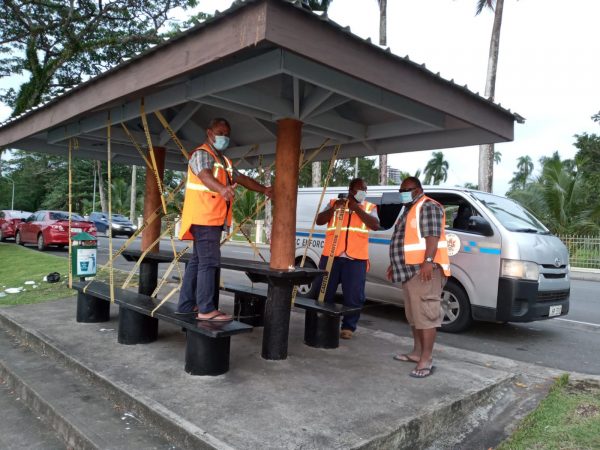 The nation now tunes in daily to the evening press conferences with Fiji’s newly famous Permanent Secretary for Health, Dr James Fong, and his team.

According to Dr Fong, as of 13 May, Fiji had 52 active cases in isolation facilities. Six are border quarantine cases, 33 are local transmissions. Of these total active cases, 13 are under investigation to determine the source of transmission. To date, Fiji has had four deaths from the 165 cases recorded since the first COVID-19 case was detected on 19 March. Two were border cases and two community transmissions. There have been 109 recoveries.

Among the four new cases reported on 13 May were three staff members of the Fiji Centre for Disease Control (CDC), which has so far conducted 70,732 COVID-19 laboratory tests. The CDC has now been shut down for 24 hours, pending decontamination. Swab testing and processing continues at other hospitals around Suva.

The main Island of Viti Levu remains in partial lockdown. Movement outside of curfew hours from 11 pm to 4 am was restricted to visits to supermarkets and pharmacies, or travel to work for those working in essential services.

Yesterday (13 May), however, even tighter restrictions were announced, with citizens urged by Doctor Fong to make appropriate preparations for a stay-at-home order and to stay within their home bubbles. The curfew that commences at 11 pm tonight (14 May) in the greater Suva-Nausori corridor (the most populous area in Fiji with a population of over 330,000) will now end on Wednesday, 19 May at 4 am. Similar restrictions remain in the Nadi/Lautoka area.

When contact tracing began from the first of this second wave of cases, the maritime zones were not spared, with villages on the islands of Moturiki, Rotuma, and others quarantined and tested, following the movements of a funeral attendee and the first community transmitted cases. After some delay, the Maritime Safety Authority of Fiji suspended outbound inter-island shipping and travel from mainland Viti Levu on 22 April.

Masks are now compulsory in Fiji in public places. Security checks prior to entry into supermarkets, hospitals, and other open public places ensure that the careFiji mobile phone app is installed and Bluetooth switched on. 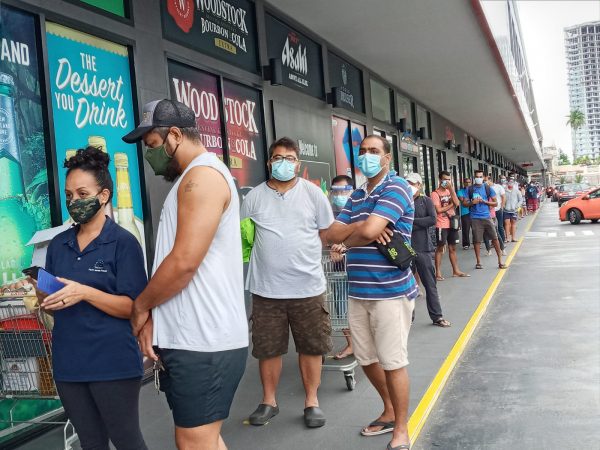 Crowds line up outside a Suva supermarket, masked up but not maintaining physical distancing prior to it being shut down for deep cleaning after four staff tested positive to COVID-19 (Credit: Sadhana Sen)

The hardship is evident for the growing number of unemployed and the poor.

It seems that the culprit is complacency. As the vaccine rollout began in March, and discussions moved to vaccine efficacy and availability, and to the much-hoped-for travel bubble, a nation of hopeful, distracted people stopped following physical distancing and hygiene guidelines. 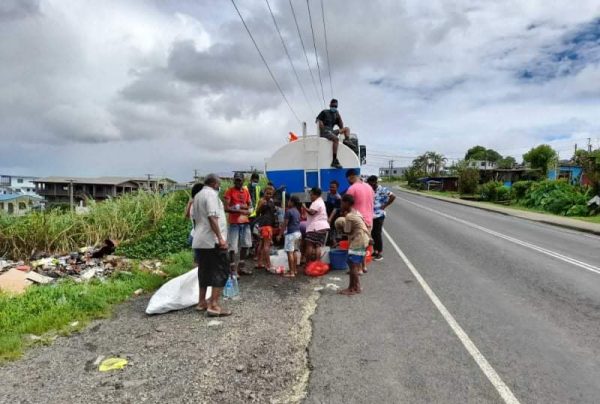 While Fijians told to wash hands, children and adults fill water containers from a water truck along the Suva-Nausori corridor for their daily needs due to water cuts (Credit: Sadhana Sen)

Quarantine arrangements also became lax. Variants of COVID-19 have been carried into the Fijian community by either human error or laxity on the part of Republic of Fiji Military Force soldiers and support staff managing Fiji’s quarantine facilities in Nadi. The attendance at a funeral with some 500 mourners by a hotel facility worker who had interacted with a soldier from a quarantine facility who was carrying the virus, and a number of other soldiers (also from the quarantine facility) who tested positive helped the virus escape into the community.

The good news is that vaccines have been arriving and are now being administered, first from the global COVAX facility, then from India, Australia and New Zealand. Fortunately vaccine hesitancy doesn’t seem to be a problem.

However, the vaccine on its own will not solve the problem. As argued on this Blog recently, Fiji needs to prepare for a crisis. Meanwhile some argue that an even more drastic lockdown is required.

Fiji’s second wave of the virus, a year from the first case, may be just the lesson and shake up that not only the Fijian authorities need but also its population. This second wave has exposed the weaknesses in Fiji’s systems and with border control particularly. Complacency has no place in COVID-19 management or citizen self-care.

Convincing people to trust public health authorities and in the science behind COVID-19 as a super killer requires changing social norms and behaviour. This is a battle in a nation where many believe that their God is Fijian and thus their risk of contagion low. The new normal may be cumbersome but the lessons learnt can only augur well for Fiji’s aspirations to a return to normalcy and open borders.