Settling as an expat in Port Moresby – a personal account 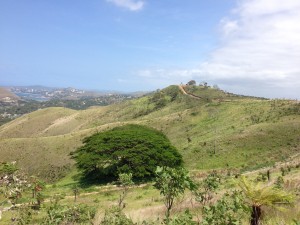 When we started making plans to relocate as a family from Port Vila in Vanuatu to Port Moresby, the overwhelming reaction from our expatriate friends was one of negativity and caution (“it’s too dangerous there”, “there is nothing to do in Port Moresby”, “how can you do this to your children?”) and I had to combat the occasional feeling of guilt, given that the Happy Isles of Vanuatu had indeed been a wonderful place for us as a family. As I gathered more information about our new temporary home, I found that Port Moresby is considered the third least liveable city out of 140 cities worldwide, ranked just above Damascus and Dhaka. Port Moresby’s overall liveability rating was 38.9 (anything under 50 reflects a situation where most aspects of living are severely restricted). After arriving here in early July, briefings on the security situation organised by my husband’s employer and accounts by expats who had been living here for a while further increased my sense of unease, fear and anxiety. At expat get-togethers stories of violent car-jackings and robberies are popular conversation topics. As a result, I envisaged myself spending most of my time at home, afraid to leave except for the most essential trips to the supermarket or to school. Fortunately, the reality quickly turned out to be rather different. 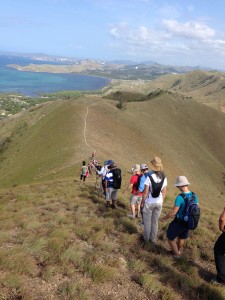 There is no doubt that our daily lives are considerably restricted by security concerns. A thriving security industry employing thousands of people is concerned with the security of expats and comparatively wealthy Papua New Guineans. This security industry has a strong interest in maintaining the present perception of a high level of security risk. We have received a range of security devices that we carry around and keep in the car, we have adjusted our driving style, we use an armed escort for trips in the dark or into unknown areas, and we do not walk in public areas. In addition, we avoid certain areas within Port Moresby altogether and on the few occasions that we have travelled out of town, we have done so in a convoy of many cars. Our house also has several security features, in addition to its location in a secure compound. In other words, the actual risk of becoming a victim of crime can be reduced, while it is still possible to participate in outdoors activities. The terrain around Port Moresby lends itself to unforgettable bushwalking experiences with frequent panoramic views of the Coral Sea. These walks have to be done as part of an organised group, not only due to the security situation, but also because of the lack of signposts, and the fact that landowners’ prior permission is required. While some people might consider this restrictive, there are few capital cities in the world that offer similar bushwalking opportunities in their vicinity. In addition, there are snorkeling and diving opportunities just off Port Moresby – evidently, one needs access to a boat or has to join a group, but again, how many capital cities even offer the opportunity for snorkeling or diving day trips?

Apart from the natural beauty around Port Moresby, there are several other positive living aspects. The range of grocery products available in supermarkets is impressive, with some of the supermarkets looking more like an Australian Woolworths than supermarkets in developing Pacific Island countries. The local fruits are excellent. There are cinemas, shopping malls, and a good variety of restaurants. Compared to Port Vila, Port Moresby’s climate is very pleasant and the risk of natural disasters is considerably lower. In addition, lots of developments are currently underway in connection with PNG’s hosting of major regional events, including the 2015 Pacific Games and the 2018 APEC summit. Indeed, Port Moresby’s cityscape has been transformed substantially since my last visit in 2008 and now features many characteristics of a truly big city, both in the positive and negative sense. At all levels of the housing market rents in Port Moresby have gone through the roof, but, in contrast to many other developing countries, quality housing is available for those willing to pay exorbitant rents. 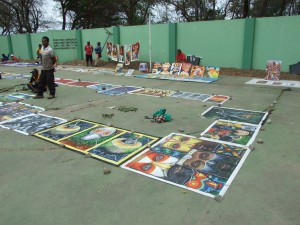 Probably partly as a result of the admittedly challenging living situation in Port Moresby, the expat community is welcoming and helpful. There are always social events happening and newcomers are quickly integrated. Everyone’s paths cross regularly at the few venues frequented by expats: the Saturday morning craft markets with their amazing collection of paintings, carvings, woven articles and other craft items from all over Papua New Guinea and live entertainment with music and dances; the Royal Papua Yacht Club; Vision City and the Waterfront; as well as The Ela Murray International School for families with children.

One fact we appreciate about Port Moresby is its proximity to Australia. Our children grew up in the Pacific and Israel/Palestine and we are happy that they are now exposed to and can participate in an Australian way of life to a greater extent than in any other place where they have lived, preparing them for an eventual return to their country of birth. Australians are the dominant group of expats. The shared history and geographical proximity between New Guinea and Australia is very pronounced. Some places in Port Moresby look like they have been taken out of Australia and planted in Port Moresby – the Yacht Club comes to mind – other places are significant for the psyche of both nations – Bomana War Cemetery and Owers’ Corner, the southern end of the Kokoda Track. The landmasses of New Guinea and Australia became separated only when the area now known as the Torres Strait flooded after the end of the last glacial period. As a result, the two countries share a similar fauna with kangaroos (tree kangaroos in PNG’s case), wallabies, possums and cuscuses, echidnas, and cassowaries to name but a few. On a practical level, there are several flights a day from Port Moresby to Cairns and Brisbane. 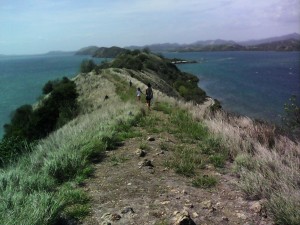 Some expats choose to spend a few years in Port Moresby for the additional allowances that most companies and organisations pay their employees as compensation for living in such a challenging place. There is also a sizeable group of expats roaming the Pacific, working for regional organisations or companies with branches in various countries, many of whom will sooner or later end up spending some time in PNG. We know several expats as well as Papua New Guineans, now living in Port Moresby, who used to live in Fiji or Vanuatu at the same time as us. And then there are those who have fallen in love with PNG and with what makes it such a special country: the diversity of its people, the dramatic landscape, the beautiful fauna and flora. A few weeks ago, we were privileged to witness the week leading up to the Independence Day Holiday with its associated events and performances. Many Papua New Guineans display two or three different flags of their ancestral provinces and wear costumes and colours from all corners of the country. The rich culture and enormous diversity within the population is difficult to grasp and is part of what makes Papua New Guineans enormously proud of their country and the political independence gained from Australia 39 years ago. Accordingly, the greeting around the Independence Day Holiday is “Happy Independence”, rather than the expected “Happy Independence Day”.

Economically, there are challenging times ahead for the PNG government, most importantly the question on how to translate the country’s wealth and rapidly increasing government revenues into social development at the grass roots level. I feel privileged that I will be doing research into exactly this question as part of my attachment with the National Research Institute as an ANU academic. The population of Papua New Guinea is several times that of all other Pacific Island countries taken together and the scale of issues is vastly different. I also feel privileged to be based in an institution staffed by Papua New Guineans, and to have an opportunity to learn from my colleagues over the next couple of years. In contrast to the doubts before moving here, I now look forward to what awaits me in this extraordinary country.