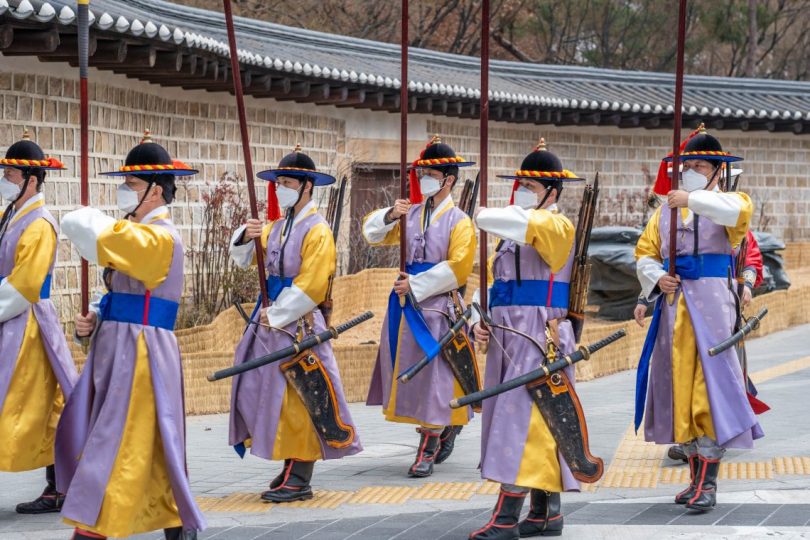 South Korea’s response to the world’s greatest collective challenge has gained global recognition. The country went from having the highest number of confirmed COVID-19 cases outside China in February to single-digit increases in new cases by mid-April. Korea was among the first countries to successfully “flatten” the COVID-19 curve.

Visitors to Seoul today would notice life returning to normal. Families and office workers bustle in the streets, and traffic has returned to maddening pre-COVID-19 levels. On 3 May, the government officially announced its relaxation of nationwide social distancing. However, the fight is hardly over. Korea remains vigilant against a possible new wave of clusters emerging in Seoul.

What is the secret of Korea’s success to date? What are the potential lessons from Korea’s experience and what limitations should others be mindful of?

Despite being hit hard by the Middle East Respiratory Syndrome Coronavirus (MERS) in 2015, Korea was not well-prepared for a global pandemic like COVID-19. During the MERS outbreak, Korea reported 186 confirmed cases and 38 deaths, the highest number outside of the Middle East, despite its world-class medical infrastructure. This shocked the Korean public at the time. Like Vietnam’s experience with the SARS outbreak, lessons from the MERS crisis were foundational to Korea’s COVID-19 response.

Making the most of the early window

When MERS struck in 2015, administrative barriers to widespread public testing cost the country its window of opportunity to identify and contain initial cases within the first two weeks of the outbreak. Early testing was delayed because newly developed test kits required several months to obtain approval from the Ministry of Food and Drug Safety and had to pass through Ministry of Health and Welfare administrative protocols. During this prolonged wait of approximately 80 days, the window closed and cases multiplied.

After the 2015 MERS crisis, Korea developed a legal framework for fast-tracking approval of emergency test kits. As soon as the first confirmed case of COVID-19 was reported, the framework enabled the government to immediately reach out to medical companies for mass production of new test kits, and to fast track them for approval in just two weeks. Today, Korea can test up to 20,000 persons per day, showing results in 5 to 6 hours. This allowed Korea to quickly identify and isolate COVID-19 patients.

Past outbreaks such as MERS taught Korean leaders that unresolved policy issues could cost critical time to effectively respond to the early window. In 2015, a single hospital was the source of half of the MERS cases in the country. A delay of 16 days in the government’s ability to access and disclose that information was later linked as a significant contributor to the outbreak. At that time, the Korean government was reluctant to release the names of hospitals and information about individuals due to privacy concerns (and medical ethics). It also feared that disclosure of information would damage the reputation and revenues of hospitals, and that the hospitals would be reluctant to treat potential patients, further diminishing the country’s healthcare capacity. However, the country eventually disclosed more information, especially to protect high risk patients (e.g. diabetics) from visiting infected locations.

In 2016, Korea updated the legal framework for prevention and control of infectious diseases. This enables the government to respond quickly with aggressive contact tracing, testing and isolation measures including access to credit card and bank records, CCTV footage and GPS data to assess the movements of infected individuals. Much of this data has been made available publicly through a wide variety of apps and periodic government SMS updates. This aggressive tracing, while widely praised by some, has created unresolved questions, including embarrassing speculations over extra-marital affairs. Some restaurants initially named as part of contact tracing have never recovered.

In Korea, as elsewhere, the debate on privacy rights versus public safety is yet to be resolved. The 2020 amendment to the legal framework allows people to raise objections for valid reasons (e.g. accuracy and excessive privacy violation), specifies use and deletion of data, and require reporting on the deletion to the Ministry of Health. On balance, informed by past experience, the public has generally agreed that some personal rights should be balanced to strengthen virus containment efforts. By learning from the MERS experience, Korea has been able, however imperfectly, to contain and isolate the COVID-19 outbreak, avoiding drastic lockdowns, while keeping the economy afloat.

The experience from MERS, as well as the SARS outbreak in early 2000s, taught Koreans another important lesson: how to develop – and practise – an implementation playbook for the prevention and management of infectious diseases (translated here). This playbook includes timely public-private coordination to provide fast approvals for testing companies, high tech contact tracing, and systematic isolation measures based on risk tiers.

With a policy framework and playbook in place, scientists, rather than politicians, guide the government’s daily actions and communication. The general public, still with vivid memories of past outbreaks, have generally complied. The private sector – including hospitals, testing companies, and app developers – have quickly adapted to the new policy environment, introducing innovations, such as drive-through testing models. Companies like Hansoll re-purposed garment factories to manufacture protective medical gowns, eventually exporting them to the United States and other countries.

Korea’s successful response to the COVID-19 crisis was shaped by its past experience with MERS and supported by a world class healthcare system, which is both accessible and affordable to the general population. Other unique factors in Korea include a culture of national mobilisation during crisis, influenced by military-readiness against security threats in the Korean peninsula, and guided by experiences such as the national savings mobilisation during the 1997 Asian Financial Crisis. Nevertheless, Korea’s COVID-19 response demonstrates how countries can learn, plan, and be ready when disaster strikes again. In 2015, Bill Gates suggested investing billions of dollars to develop “Germ Games,” analogous to investments in “War Games.” As Korea learned the hard way, the time to prepare is now.

Kyung-sook Lee is Director of Programs for The Asia Foundation in Korea.

Jaemyung Lee is a Program Analyst at The Asia Foundation Korea Office.