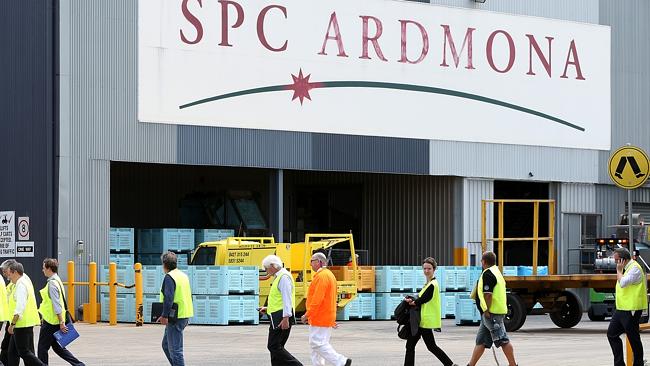 Late last month, 73 workers in Shepparton returned from their Christmas break to find themselves out of work. SPC Ardmona, the country’s largest remaining processed fruit and vegetable manufacturer, had replaced the entire group with contract labour. The unions were enraged, the company unapologetic, and the workers stunned by a move that had been carefully planned and executed.

The rise and fall of SPC Ardmona provides an insight into the myriad issues currently facing the fruit and vegetable processing industry. But what does it mean for the Pacific Seasonal Worker Program (SWP), one of this blog’s enduring interests? Does it suggest that the horticultural industry is itself on its knees? I explore these questions in this post.

SPC Ardmona was borne of two grower cooperatives, SPC and Ardmona, which were established in 1917 and 1921 respectively. They expanded exponentially in the post-war period with the influx of migrant labour into rural areas. In 2002, they merged, only to be acquired by Coca-Cola Amatil three years later.

Since that acquisition several large manufacturers in the industry have been forced to consolidate or close facilities. SPC Ardmona looks set to become the latest casualty with its financial difficulties coming to the fore in the past few years. On its knees, the company turned not to the banks nor its shareholders for assistance, but to the lender of last resort – government. It filed a request for a $50 million industry assistance package along with safeguards from cheap imports and anti-dumping protection.

The ensuing Productivity Commission Report determined that the company’s woes were not due to an influx of cheap imports, nor to foreign firms ‘dumping’ product on our shores. The company’s decline was largely a result of a host of domestic factors that are currently affecting the entire fruit and vegetable processing industry.

The report outlined a series of factors that have impacted the domestic industry in some capacity in recent years:

The rising costs of production were key to the industry’s loss of competitiveness. Whilst sales revenues per unit have remained stable, the cost of producing has spiked. Between 2010 and 2013, SPC Ardmona’s production costs rose on average by 19%. Part of this was a result of expanding labour costs, due to the power unions wield in the industry. Economies of scale were also lost as a result of downsizing over time.

Australia’s supermarket duopoly has also played its part, slowly forcing out competitors. In a competitive market that much can be expected. However, Coles and Woolworths now maintain an unprecedented share of the market and are in a position to muscle out competition. Aggressive private label marketing has forced companies like SPC Ardmona to charge prices that barely cover operating costs. A decline in domestic demand for processed fruit has only made matters worse. The introduction of the foreign firms ALDI and Costco into the market could help ease these conditions.

A final factor has been supermarkets gradually increasing imports in order to improve the reliability of supply. This has not, however, been a sudden, sharp or significant increase, which is the WTO criterion for allowing tariffs or quotas to safeguard the industry.

As the direct supplier, horticulture has no doubt been impacted by the demise of fruit and vegetable processing in Australia. According to the government’s Australian Food Statistics Report (AFSR), from 2009-12 the processing industry shed 3,500 workers – 35.8% of its entire workforce. The report also highlighted that the number of workers employed in horticulture declined by 3,750 over the same period.

For many growers, their supply to SPC Ardmona generates between 80 and 100 per cent of their income, and so the reduced processing fruit intake has a large impact upon their businesses.

This problem has been compounded by the fact that for these growers, the varieties they produce are unsuitable for fresh markets. Fruit for processing is grown on canning trees, distinct from the fresh fruit available in supermarkets. The removal of these trees requires a significant upfront investment. This is beyond what most growers in the industry can currently afford. According to the Productivity Commission Report, of 65 growers surveyed in the region:

Nearly half are failing to pay their trade creditors on time; less than one quarter expect to make a profit in 2013-14; and of the 80 per cent that have some level of debt, half have debt greater than 50 per cent of their equity value.

The government offers no form of assistance in the removal of trees in order to replant more profitable varieties. One SPC Ardmona supplier complained that even if he were to restructure his business, selling fruit in wholesale markets is ‘no longer an option given that now all supermarket chains will only deal directly with large growers.’

By all accounts, it appears that the small to medium size fruit and vegetable producers of this region will be significantly impacted by the closure of SPC Ardmona, as will growers across the country who’ve invested too heavily in supplying the processing industry.

However, the demise of processing is not the end of horticulture. Strengthening domestic consumer demand for fresh fruit and vegetables has more than accounted for the decline in processed produce. According to the AFSR, from 2004-10 the weekly average household expenditure on fresh fruit and vegetables increased by $4.47 or 30.4% in nominal terms (about 10% in real terms). Furthermore, horticultural exports have remained buoyant overall, despite a strong Australian dollar. For FY 2012-13 the Agricultural Commodities Statistics Report put fruit, nut and vegetables exports at $1,660 million, their highest level yet. It’s important to note that these exports still only account for a small portion of Australia’s horticulture industry. For example, New Zealand, which has a smaller industry by comparison, had exports of $NZ2,452 million in 2012 according to Statistics NZ.

The volume of production for key horticultural commodities also appears to be on the rise. For Australia’s six most important individual commodities (grapes, potatoes, bananas, apples, tomatoes and oranges), the AFSR reported an increase in the volume of production from 2010-12 of 397 kilotonnes or 10.4%. According to the CEO of Horticulture Australia Limited, John Lloyd, the industry has been expanding for years now:

Horticulture has grown dramatically. In the last five to six years it has grown by 25%, so it is one of the few growth areas of Australian agriculture.

The resilience of the horticulture industry in light of SPC Ardmona’s problems is good news for the SWP. Whilst the company itself and its direct suppliers will be affected, it appears that the SWP will be minimally impacted.

Changing consumer preferences and growing exports have not only offset the decline of processing, but also underpinned a period of growth in Australian horticulture.

It is good to know that, SPC Ardmona’s woes notwithstanding, the aggregate growth of the horticultural sector is not something we need to worry about when we think of the SWP. Instead, we can continue to focus on the abundance of alternative and cheaper labour supplies (backpackers and illegal workers and practices), which undermine the SWP, and the reforms needed to give the program a chance to grow.