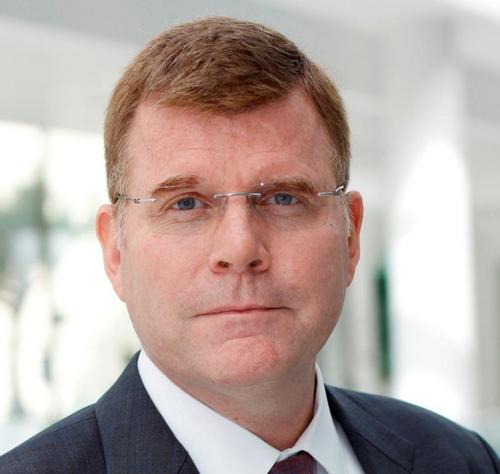 Robin: Your remarks at the 2012 Pacific Islands Forum in Rarotonga expressed a great deal of optimism about the prospects for the region. You said that the Pacific was on the cusp of a new era. That’s not a view that’s universally held. What do you see as the major factors that are going to make a difference for the region?

Stephen: There are a couple of points here. First, I agree with the view that was put to me by Stephen Howes [Director, Development Policy Centre] earlier today, that increased international attention on the Pacific can have negative effects.  But I also think it can be positive. I mean, the more attention on the Pacific, the more there will be expectations of better governance practices, including greater transparency. The negative aspect might be increased donor competition and poor practice. But we’ve learned from what we’ve seen happen in many countries over the last 50 years, and that’s reflected in the Paris Declaration and all the work that we’ve done with good practice principles for aid and aid management.

We as a donor community haven’t necessarily always shown our best face, but I think that if there’s a region in the world where we can work successfully together – donors and partner countries alike – the Pacific is it. The Heptagons [regular aid coordination meetings involving Australia, New Zealand, Japan, the EU, the ADB, the World Bank and the IMF] are an example of the kind of coordination that we can generate. While it’s not a no-stakes game in the Pacific from a donor perspective, it’s certainly not the same game that is played in a lot of other countries.

I had a very good meeting in Rarotonga with Cui Tiankai, the Vice Minister of Foreign Affairs from the People’s Republic of China. China’s engagement offers some positive prospects for the region. Then, if you look at developments around connectivity such as mobile telephony and submarine cables, you see that they can bring the Pacific closer to the rest of the world.  And that’s another good thing.

The other point I made in my remarks at the Forum is that when we think about regional cooperation and integration in the Pacific, it doesn’t have the strong, core economic rationale that other regions do. The main regional trading countries are Australia, New Zealand, Fiji and Papua New Guinea; the other countries simply don’t have significant export volumes. But there are issues that are of common concern. The degree to which they can cooperate and act more collectively as a bloc will determine the level of influence they have over these issues. Obviously climate change is an example where, if they can act in concert, their ability to influence the agenda will be greater.

Robin: So you see improved coordination among donors and better regional cooperation to address common challenges as important factors. But in terms of economic development, the game changer is communications infrastructure?

Stephen: Yes. We also need to collectively discriminate between countries where there is a chance of economic sustainability and countries where we know that path won’t be easy. We got into a discussion earlier today at the Development Policy Centre about micro-states, with participants essentially saying that these countries are simply never going to be economically self-sufficient, so let’s think about them differently. We’ve not had such great experience with trust funds and various other approaches. What are some creative ways to address the situation?

Robin: What then is the current thinking in the ADB about how to operate in the micro-states – Nauru and Tuvalu in particular?

Stephen: This is the reason we’re having the conversation. We don’t have a policy or a prescription for addressing the challenges of the micro-states. I think we’re collectively guilty for not making the distinction I mentioned previously. We were trying to convince ourselves that if we did get the right mix of policies we could get them on the path to sustainability. I think there is increasing recognition that we’re just not going to get all of them on that path within any conceivable time frame.

Robin: What’s your view on the merits of national trust funds, like those established for Kiribati and Tuvalu?

Stephen: The problem is that, particularly in the current global economic environment, there is no vehicle into which you could deposit funds that is going to give you the kind of dependable return needed. The bigger you make the trust fund, the bigger the opportunity costs are. So maybe it’s a mix: trust funds are one element. We’re not going to be able to put together trust funds that are will take care of all the development challenges these countries face. Some other, longer term commitments are another part of the picture.

Robin: Would the ADB have the policy flexibility to lend into trust funds under current arrangements?

Stephen: We could do it. The challenge is what countries themselves want. With any of these mechanisms it’s challenging to get countries to agree to put something aside when they are only going to see the benefits beyond a political cycle. So that kind of discussion is one that we need to continue to have.

Robin: To what extent can the ADB engage with China as an emerging donor, especially in the Pacific?

Stephen: I think that there is scope for the ADB to engage with China on the Pacific. We’ve done it on a smaller scale by establishing two knowledge-sharing centres, one is on urban management at Tongji University in Shanghai and the other is on climate change at Tsinghua University in Beijing. This is an academic exercise at the moment but I think it starts to create a basis for broader discussions on how the ADB can work together with China on development. I should also say that China has put $US30 million, and more recently another $US20 million, into a poverty reduction fund for the Greater Mekong Sub-Region.

So I think there are opportunities for more of that kind of collaboration. What’s interesting about the Pacific is that it probably lends itself better to that kind of coordination than the bigger Southeast Asian countries, where geopolitics may be a little more sensitive.

Robin: How do you conceive of the division of labour between the ADB and the World Bank, particularly in the Pacific?  What’s the theory and the practice there?

Stephen: This is always a challenge. Pamela Cox [World Bank Vice-President for East Asia and the Pacific] and I see eye to eye on a lot of things and agree that we shouldn’t be competing. How much that translates on the ground is always a question.

A lot of it depends on personalities in the field: the degree to which people get along determines how well coordination actually works. But in the Pacific there are more mechanisms for that kind of coordination. I mentioned the Heptagons. We also have an annual coordination meeting with the World Bank on issues around the Pacific but also more broadly in the regions Pamela and I are responsible for, which overlap precisely. So that makes it a little bit easier. And we’ve been fortunate to have the staff that we’ve had based in both institutions, particularly in Sydney and the Pacific.

So I think that if the ADB and the World Bank can’t cooperate and find a better division of labour in the Pacific, then there’s little hope for us anywhere else.

Stephen: A little bit of both, and it depends on the country. There are areas where we recognise we don’t have an advantage and we step away from those. But there are inevitably issues where we get a little bit stuck. From my perspective (and I’m sure Pamela would agree with me here), as long as we find out about those issues early enough, we can fix them before they become problems.

Robin: I know you were in Myanmar not long ago. Obviously the opening up of that country offers an unusual opportunity for the ADB to do things right in a greenfields way. How do you see the Bank’s engagement unfolding in Burma?

Stephen: At this stage we’re taking a measured approach, a well-considered approach. In part because we’re learning but it also reflects the different views among our shareholders, with some wanting us to move quickly and others more slowly.

Another issue is that, unlike Liberia, Afghanistan or other countries that have come in from cold in the same way that Myanmar has, you don’t have a major leadership transition. You have a transition but it’s not a transformative change in government like we’ve seen elsewhere. This means everybody, even the most enthusiastic of our shareholders, is still proceeding cautiously.

That’s not to say we’re holding back. In some ways we are moving faster than multilateral institutions did in other recent cases.  But even if we are able to reconcile the arrears issue over the course of the coming months, which I’m fairly confident we will, nobody is talking about major investment operations in the country within the same time frame as applied to Afghanistan and Liberia after arrears were cleared.

Robin: So what do you think your engagement in Burma will be like in five years’ time – a strong focus on regional integration?

Stephen: That will always be a strong focus.  But there are also serious rural-urban issues. While this is an issue in many countries throughout the region, in Myanmar they are really quite difficult. Virtually every indicator you can think of is turned on its head when measured in rural versus urban contexts. I think it will be a matter of looking at regional connectivity and integration but also looking at connectivity and integration within the country itself – both because of the rural-urban issues and because of the ethnic tensions, conflicts and social issues that divide parts of the country. The only way to address this is by bringing the country together.

The first part of this interview can be found here. It covers broader issues relating to the changing role of the ADB and the future of international development.

Stephen P. Groff is Vice-President (Operations 2) of the Asian Development Bank (ADB). He is responsible for ADB operations in East Asia, Southeast Asia and the Pacific and also oversees the Bank’s Central Operations Services Office. Devpolicy Visiting Fellow Robin Davies interviewed him during a visit to Canberra in early September 2012.

Stephen P. Groff is Vice-President (Operations 2) of the Asian Development Bank (ADB). He is responsible for ADB operations in East Asia, Southeast Asia and the Pacific and also oversees the Bank’s Central Operations Services Office.