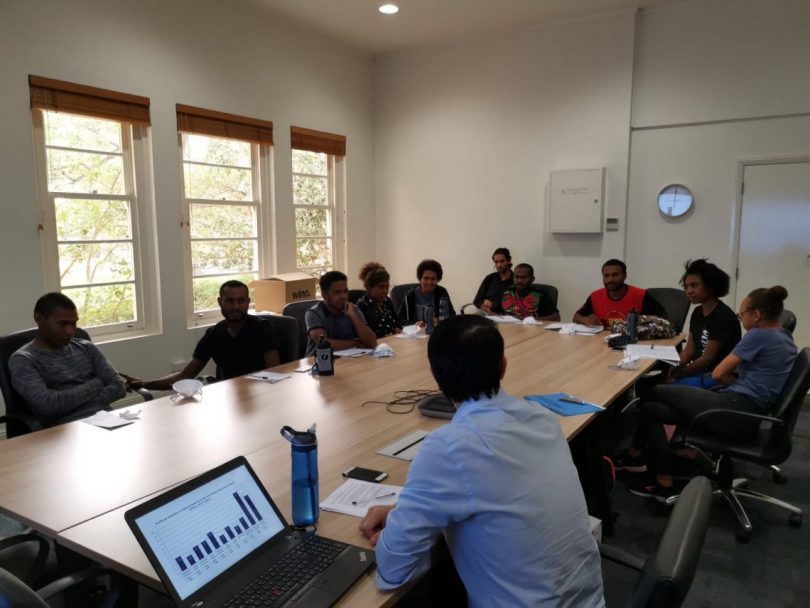 I was born and raised in a female-dominated household, with my mother playing dual parental roles as both provider and caregiver since my late teens. I’m known to be direct and headstrong when it comes to challenging the male ego. Unknown to me, however, was the extent to which such challenges would confront me at university. In my second year of studies at the University of Papua New Guinea, I was one of four females in a class of young males. In my third year of studies, one of the females withdrew and it became three women in a class of 24 males. Being in such a small minority has itself been an experience of gender inequality, from which I have learnt a lot.

During my second year of studies, 2018, I was appointed as the Female Representative for the second year economics students. My role, and that of my male counterpart, was to represent and advise the second years on society matters and to promote class discipline. In my third year, I was appointed as the Female Vice President for the UPNG Economics Students Society (ESS). This role built on the previous one, but came with greater responsibilities and challenges. In fact, I was initially nominated for the positions of Secretary and Treasurer, but I declined them, and these positions were occupied by male students. I informed the two other female students that the society needed a female representative and asked if they would consider taking on the responsibility; they declined. It was then that the newly elected President openly appointed me to the role of Female Vice President despite my reservations.

As Female Vice President, I became a voice for not only the two other females in third year but for all females studying economics. One could say, I became a loud hailer. As a result, I grew a lot tougher. I had to stand firm and voice my concerns when I felt I wasn’t being treated fairly.

There was one incident in particular that forced me to confront my fellow office holders. This occurred the week before our Orientation Night, which was the society’s first event, dedicated to welcoming our second years into the society (at UPNG, students only start in economics and other courses in their second year, after a more general first or foundation year). The President instructed the Secretary to write formal invitations inviting our lecturers to this event. One afternoon, I dropped in to see one of my lecturers, who showed me the letter. It was signed by the President, the Secretary and the Male Vice President. This upset me greatly. Why had my male counterpart signed this letter and not me? The next day, I called for a meeting and voiced my frustration to the society. I made it known that I was not angry about the letter or who wrote it, but rather that not at any single point did anyone think that my name should’ve been on it, alongside my male counterpart’s. After voicing my frustrations, I gave them the ultimatum of either replacing me with another female or just having a Male Vice President and making the ESS Committee fully male. By the end of the day, I was approached by the other office holders who apologised over the misunderstanding and assured me it would not happen again. And it hasn’t. But I have had to work hard, sometimes to the point of exhaustion. I’ve found myself constantly taking on responsibilities outside the realm of Vice President. When a society member failed to perform his role, I’d always jump in to take it on. I’d even at times spend from my own pocket to cover society expenses.

While it has been extremely challenging being in a male-dominated class and society, having played a leadership role has boosted my confidence and shaped my awareness. I’ve learned about integrity, because I feel I’ve been able to remain true to myself and my beliefs. I’ve grown and gained so much through my challenges, for which I am grateful.

I’ve also enjoyed studying economics. Initially, I planned to study business management. But I fell in love with economics in high school and it hasn’t changed since. Economics has given me both knowledge and understanding. It is exciting and different. It’s both current and always changing, and that’s the beauty of it. Through economics you gain a greater awareness of what’s happening around you and you inherit a system of ideas that allows you to understand and even anticipate change.

I hope that in the near future more females will study economics. I also hope they are encouraged and empowered to find their own voice.

This post is the third in a six-part series of personal reflections written by ANU-UPNG Summer School scholarship students. You can find the full series here.

Shanella Komun is studying Economics at the University of Papua New Guinea. She was one of ten students selected into the 2020 ANU-UPNG Summer School program.