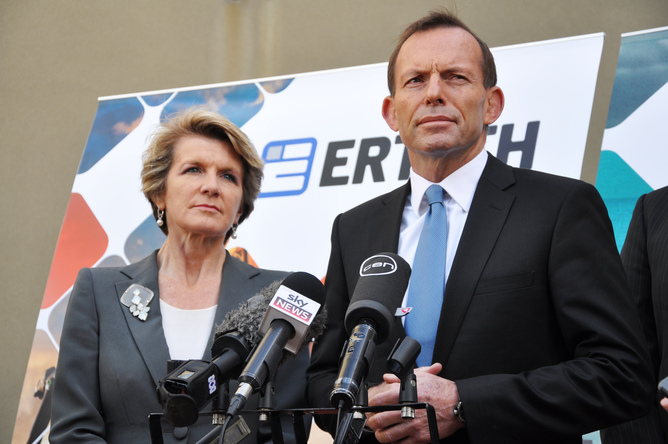 Appropriate oversight or petty bean counting, responsible auditing or unwelcome interference, it depends on your perspective.  In my last year in Iraq as country director for the US organization CHF International, I had the unpleasant and time-consuming task of overseeing four audits of our operations – USAID program audit, US Department of Defense DCCA audit, federally mandated external audit, and an internal audit of one of our operations – in addition to an overzealous pair of SIGIR investigators playing CSI. These were post-expenditure checks. The pre-expenditure interference, that is, involvement in how we were to allocate funding, was top down, intrusive and directive. Such an experience may come as no surprise to many contractors or consultants, but the award instruments I was working with were grants, not contracts, and the projects were community development and microfinance, and were fundamentally based on bottom up planning approaches. Although my experience is from within a U.S. organisation, it seems representative of a more general direction in the aid industry.

Andrew Natsios described the broader conundrum in his meticulously argued 2010 tome: The Clash of the Counter-bureaucracy and Development (reviewed by Cate Rogers on this site in November 2010). As the one time President of World Vision (USA) and Administrator of USAID, Nastios is well positioned to see the challenge. His paper begins with a lengthy quote from Wellington, worth reproducing in an abridged version here:

[M]y officers have been diligently complying with your requests … We have enumerated our saddles, bridles, tents and tent poles, and all manner of sundry items for which His Majesty’s Government holds me accountable … Unfortunately the sum of one shilling and nine pence remains unaccounted for in one infantry battalion’s petty cash … This reprehensible carelessness may be related to the pressure of circumstance, since we are at war with France … This brings me to my present purpose, which is to request elucidation of my instructions from His Majesty’s Government so that I may better understand why I am dragging an army over these barren plains. I construe that perforce it must be one of two alternative duties, as given below. I shall pursue either with the best of my ability, but I cannot do both:

1.) To train an army of uniformed British clerks in Spain for the benefit of the accountants and copy-boys in London or, perchance …

2.) To see to it the forces of Napoleon are driven out of Spain.

Your most obedient servant,

This quote reflects Natsios’ frustration with the aid industry and establishes the basis for his taking exception to the empowering of the ‘counter-bureaucracy’. He writes:

One of the little understood, but most powerful and disruptive tensions in established aid agencies lies in the clash between the compliance side of aid programs and the technical, program side. The essential balance between these two tensions in development programs – accountability and control versus good development practice – has now been skewed to such a degree in the U.S. aid system (and in the World Bank as well) that the imbalance threatens program integrity. (p2)

Australia funded World Bank activities in 2009-10 to a total of $466 million. This should raise concern if for no other reason than Natsios’ argument. But I suggest that it is not only the U.S. aid system and the World Bank that has gone too far in pursuing accountability and control but the donor community in general. The 2009 Australian National Audit Office report on AusAID made this point, and it was repeated in the Independent Review of Aid Effectiveness (IRAE) report:

AusAID’s cautious approach to funds provision, while minimising the  risk  of  corruption,  has  sometimes  prevented  resources from  getting  where  they  are  most  needed. Where  efforts  have  been made  to allocate  resources  to  service  delivery,  the  imposition  of complicated  financial management  controls  has  often  restricted  the  use  of  those  funds  for  the intended purpose. (ANAO p102)

Having spent most of my career working through grant mechanisms, my reflections on these concerns lie at the micro-level and are primarily focused on the misunderstanding, or lack of understanding, among donor representatives (and probably more so contractors managing grants) of the difference between a grant and a contract and how one should administer it. This is not an issue of choosing partnerships versus contractors, but rather one of where the authority to make decisions lies when the government has chosen to adopt a partnership approach. The IRAE inferred this when it raised the issue of micromanagement and organisational culture: “AusAID staff have traditionally dealt mainly with partner governments and contractors. AusAID’s culture needs to adjust so that engagement with a range of partners, from large multilateral organisations to business groups to NGOs and community groups, becomes second nature.” (p182)

Broadly speaking, contracts tend toward top down development through a predetermined mechanism, while grants, theoretically, offer the flexibility to facilitate bottom up solutions. Grants need not only be thought of as community development mechanisms but can be equally applied at the other end of town, namely ‘high’ level institutional strengthening or state building. Determining which of the two is adopted is a critical decision, each with its own merits depending upon the circumstances and interests of the government. But where we seem to be going wrong is in making the assumption that once the type of agreement and its clauses has been chosen, they will be managed accordingly. This has not been my experience. Donors are increasingly managing grants as contracts, especially under the ‘whole-of-government’ approach, and in doing so are both undermining the fundamental purpose of choosing a grant mechanism and weakening development outcomes. This is due either to a mistaken belief that ‘whole-of-government’ means more government control, or pressure from other departments for donor agencies to be team players and pull their grantees into line and exert more oversight. Whatever the reason, the result is weakened development outcomes.  For example, in situations where capacity building (government) or empowerment (community) is sought, efforts are greatly hampered if agencies are limited to the implementation of a predetermined suite of solutions or are regularly told to override an interlocutor’s inputs.

In a recent Saturday Age (18/08/2012) article Coalition gets razors ready to slice bulky bureaucracy, Kevin Andrews, the Shadow Minister for Families, Housing and Human Services, in referring to his approach to streamline the voluntary and charitable sector within his portfolio said: “Our thinking is that organisations in civil society … are not instruments or agencies of government, they are formed in the community … It is not for the government to control them or tell them what they should be doing, the government should be empowering them rather than seeking to control them.” Mr Andrews says that other Shadow Ministers are also being asked to use the approach ”as a guide to what they can do in their portfolio areas”.

Were Julie Bishop to embrace a similar approach in Foreign Affairs, would a Coalition government emphasize outcomes based grants over output based contracts? And would this mean further emphasising the role of NGOs, and possibly increasing the percentage spent through them as a vehicle of aid delivery? Probably not. Hopefully it would mean acknowledging that grants shouldn’t be managed as contracts, that a different culture is required to work with grants, and a more arm’s length approach to oversight is required.

The best of the leaks that may shed further light on the Coalition’s thinking in this respect are the Coalition Speaker’s Notes (1 July 2012). Other than suggesting that AusAID be assigned full ministerial status (though no comment on a seat in Cabinet) they reinforce the need for AusAID to meet strict performance benchmarks. There is little guidance though on what these will be and how this would be achieved, other than referencing the IRAE and ANAO reports.

If the Coalition is seeking to improve globally agreed development benchmarks, then I suggest it consider the question of control, namely who controls decision making on the increasing segment of partnership agreements and how that control is wielded. Pertinent questions to be asked include: whether AusAID has made the cultural shift from its historical bi-lateral and contracts perspective to a partnership approach, or if the management style remains the same and it is simply the paperwork that is different; and whether there is an overly cautious approach that burdens partners with unnecessary and redundant checks and balances and indirectly extends control and hampers new initiatives.

Ultimately the question is whether a ‘counter-bureaucracy’ would prevail under a Coalition government or if they would adopt a Kevin Andrews’ style approach that respects the fundamental nature of civil society. Let’s hope it would be the latter.

Denis Dragovic has worked in the humanitarian and development sector through both contract and grant mechanisms for twelve years and is currently completing a doctorate on the role of religious institutions in post conflict state building at the University of St Andrews.