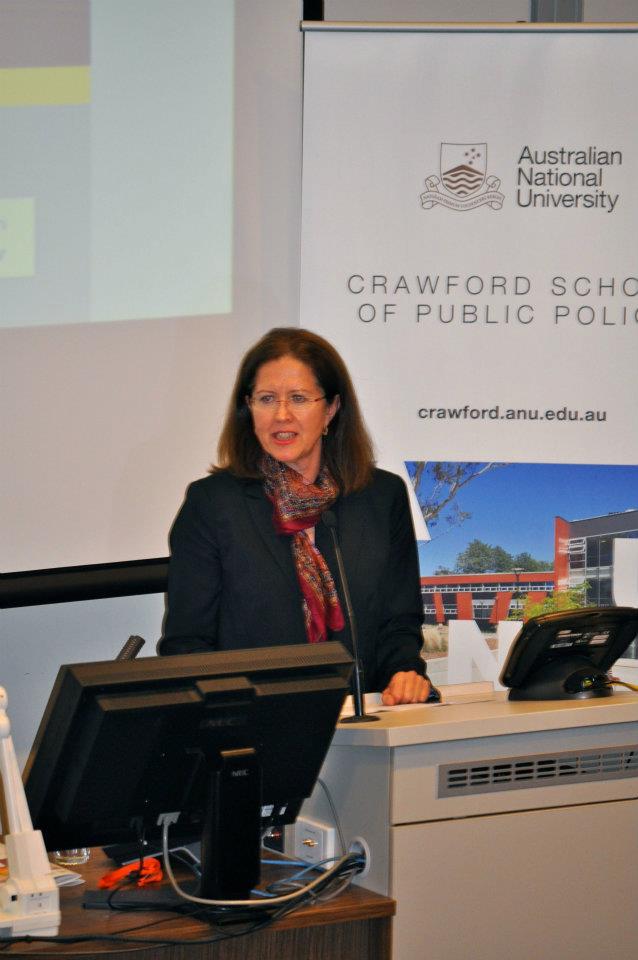 As uncertainty about the Australian economy grows and consumer confidence erodes, there is a danger that Australians willingness to support aid is also eroded.  But the Australian economy more than many others has to be open to globalisation.  Our aid program should first and foremost a moral commitment – addressing poverty is a moral and ethical issue.  But it is also an economic issue.  Our aid program is also a sound investment in our future.

In 1990, at the end of the cold war, the OECD comprised more than 70% of world GDP, so it was not surprising that the OECD made up the rules of the game as far as aid was concerned.

But we are now seeing massive, tectonic shifts in geopolitics and in the global economy.

According to the IMF, by 2016 Europe, China and the US will all be roughly 18% of the global economy using PPP measures. The central banks of emerging economies hold 40% of hard currency reserves and by the middle of this century, the combined GDP of the emerging economies is projected to equal that of the G7.

Global institutions like the IMF and World Bank have largely not recognised in their governance structures and practice these massive shifts.   While the G20 is emerging as an important player, the rules of that game are still evolving.

We no longer have one relatively coherent block of countries controlling the global economy – or even two well defined blocks as we have had in the past.  It seems unlikely that we will return to a situation where there is a reasonable consensus on what constitutes ‘effective aid’.  The Busan meeting set out to get everyone to play by the OECD rules or something close.  It didn’t succeed and for those of us who believe in aid and development, we need to get used to playing a game where multiple sets of rules are being used at the same time.

There isn’t one accepted paradigm, one right way of doing things.

Aid is more and more about bringing a diverse range of actors together to achieve strong development outcomes, we have to be more nimble, more persuasive and more effective.

The Asian Development Outlook 2012 shows how significantly inequality has increased across both Asia and many Pacific countries.  This means that the high growth rates in this region are not having the impact on poverty which they might.

Poverty is an outcome of discrimination and unequal access to opportunity.

In many countries, geography and ethnicity are key determinants of poverty.  And everywhere, your gender will have a significant impact on your life’s chances and choices, in most developing countries, whether you survive childhood, go to school, get a job, are able to make decisions about your body and your life are all strongly correlated with whether you are born male or female.

Addressing poverty and addressing gender inequality and other forms of discrimination are closely linked.

Although aid programs have committed at a policy level to address these issues, there is a far more mixed record in implementation.  When gender equality is a ‘cross cutting issue’ we lose the laser-intensity which is actually demanded in order to bring change to areas of entrenched discrimination.  Extreme poverty around the world will not be overcome unless we can also address discrimination in all its forms.

When I was born, the world had abundant natural resources and a relatively limited supply of people, for babies born today, this picture has reversed.  We have abundant people – over 7 billion and nature is becoming the limited resource.  In the last 13 years, the world added 1 billion people, in the next decade we will add another billion.  Around the world, government policies have not adjusted to this massive change.  Much new thinking is required, but even quite simple opportunities are being overlooked, such as universal access to family planning.

Unfortunately coercive family planning approaches in the 70s, 80s and 90s discredited aid program support in this area.  But hundreds of millions of people around the world do not have access to sexual and reproductive health services which they would like to utilise.  Helping to address this situation should be an aid priority.

Our lifestyles and the destruction of the natural environment have led to climate change.  It is fascinating that 4 years ago most Australians agreed that climate change was a major concern and now that agreement has collapsed. But when I visit villages in PNG, or Timor Leste or Malawi, people talk to me about climate change.  Poor communities who are dependent on rain fed agriculture for their survival no longer have certainty about rainfall or average temperatures and they have to change their agricultural practices as a result.  Right now, across the West African Sahel and the Horn of Africa, around 23 million people are malnourished and a risk of starvation or worse.  The combined impact of climate change and political instability and violence is devastating.  But these factors are likely all interconnected and deserve to be addressed in a more comprehensive way.

A lot of aid has been targeted at issues of poor governance, based on our understanding that strong, development-oriented institutions are critical for countries to address poverty.

But these institutions will only develop through local, political and cultural contestation. PRSPs and SWAps were intended to facilitate the emergence of a locally owned development agenda, but as a recent Devpolicy paper from Andrew McNee on SWAps pointed out, it hasn’t really worked this way.  In part, this is because donors rely on technocrats who support politically unpalatable prescriptions over reasonable compromise and emphasise policy over practice.

Of course, while donors will continue to focus on governance, Andrew’s paper makes a good case for rethinking our approach to institutional strengthening.  Good institutions and good government require a vibrant civil society with a wide range of non-government organisations from professional bodies to school boards.  Where we seek to strengthen government, without also strengthening civil society, we won’t get robust institutions and policies which are built and owned through robust local processes.

There is one thing which is consistent and remains certain across effective aid and good development, no matter where it is delivered or who is delivering it:  the voices of poor women and men should be the ones to identify and prioritise their solutions to poverty.