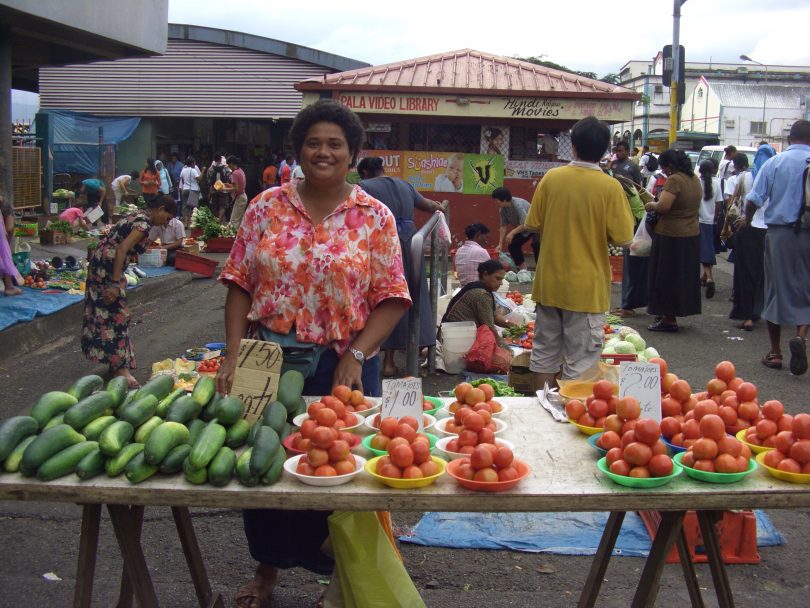 Food prices are rising across the world. What initially seemed to be a temporary spike as supply chains shut down in the early days of the pandemic now appears to be here to stay. The FAO’s Food Price Index hit its highest point in a decade in May 2021, reflecting surging prices for oils, sugar and cereals, along with high but stable prices for meat and dairy produce. In June and July the index fell, but remains up by over 30% year-on-year.

Food prices were rising pre-COVID, but the pandemic has intensified the trend. Supply chain disruption, rising shipping costs, poor growing conditions in exporting nations, and skyrocketing demand as governments stockpile commodities are some of the drivers of inflation. These global trends tend not to hit consumer prices immediately, particularly in developed economies, but developing countries are more exposed to volatility.

Prices are up between 24% and 44% for the basic items we assessed in each country but it’s primarily a local produce crisis. The highest rises have been in Sri Lanka and Pakistan, both over 40%. The biggest reported increases tended to be for local fresh produce. Respondents observed that while prices for ‘heaps’ of taro or ‘bundles’ of green vegetables hadn’t increased, the quantity they receive for that price had halved. This is due to supply shortages in urban centres, caused by movement restrictions that have prevented transportation of produce from farms to markets. This disruption has mostly occurred in waves, during lockdowns, but respondents felt that prices had never really returned to pre-COVID levels.

The rising food prices aren’t being passed on to farmers: in Sri Lanka, MDF has observed that buyers continue to pay ‘normal’ farmgate prices, and then raise margins when selling to market, ostensibly to cover additional logistics costs. Consequently urban consumers can’t buy their usual quantities of fruit and vegetables and farmers can’t efficiently sell their produce. This has reduced farmers’ incomes over the course of the year and made farming households more reliant on their own production.

The impact of imports seems contained, for now. In urban centres the prices of non-perishable and imported goods are also rising, compounded by the added cost of online grocery shopping in some countries. But these increases don’t appear to be as severe as for local produce. In some countries, retailers report that they aren’t passing the full increases on to consumers yet, so it’s possible that consumers are just more directly exposed to price fluctuations for local fresh produce. The degree of reliance on imported foods might also be a factor: in PNG retailer data shows that import prices are up 30% to 50%, but most respondents did not note major price increases, perhaps because imported products comprise a comparatively small portion of the typical shopping basket. Either way, retailers are unlikely to be able to absorb extra costs indefinitely, so further price increases in supermarket goods may occur.

Surprisingly, import shortages seem also to have been relatively contained (at least after initial lockdowns in 2020). However, while there haven’t been complete stockouts of items, shoppers did report needing to spend more because of shortages of some varieties (e.g. Timorese shoppers buy more expensive Australian milk when their preferred Indonesian variety isn’t available). Sri Lanka is the exception, because government has introduced extensive import restrictions, making many goods impossible to procure unless consumers are willing to pay a premium on the black market.

In all countries, purchasing power is down and consumers are dipping into savings to buy essential food items. Many report needing to now buy items from multiple outlets, either to get the cheapest deals or just to find the items they need (or want). As a result time spent shopping has increased, as has time spent deciding what to buy and how to budget. It is likely that this burden is being disproportionately felt by women.

Our data confirms that rising food prices are influencing how people shop and what they can afford. But it’s worth noting that we have not captured the effect that inflation is having on overall diet quality, and therefore on nutrition. Large numbers of of people in the Indo-Pacific region have returned to farming due to the economic impact of the pandemic; in many ways farming has acted as a de facto social safety net. The impact of this on food security and nutrition is yet to be seen, and is likely to be variable across the region. For some this might mean less reliance on processed foods and healthier diets; for others diet quality may be poor due to insufficient diversity; and for those with limited access to land, it may mean less to eat.

The worst for consumers may still be to come, particularly in economies that are reliant on imports, such as those in the Pacific. Despite the international trend of food price inflation, the most severe increases in the countries studied appear to have been caused by domestic conditions. But the international trends are likely to persist in the medium term, and global food commodity price rises do not normally filter into consumer prices for six to 12 months. Although not all countries have seen sustained price increases for imported staples, current trends suggest that they will over the remainder of 2021 and into 2022.

For countries still struggling to cope with the pandemic and its economic fallout the effects of inflation on food security could be significant. At the same time the large numbers of people returning to farming, which has been seen across the Indo-Pacific, may provide an opportunity to improve local liveihoods, nutrition and food security. It suggests that this is an ideal time to invest in improving productivity and links to markets.

In the longer term, demand and supply will rebalance. But in the meantime, and with further price increases likely, ensuring food security should be a priority for governments and development partners. It will be vital to work with the private sector to promote the availability of agricultural inputs to maintain food production, and to minimise disruptions in key supply chains for both essential imports and local farmers’ produce.

Read the complete report, What’s for breakfast? The COVID-19 crisis and rising food prices, a year on.

Market Development Facility is funded by the Australian Government and implemented by Palladium in partnership with Swisscontact.

Rachel Richardson is Learning Manager for the Market Development Facility.

Ajla Vilogorac is a Quality and Inclusion Director of the Market Development Facility. She is a measurement and learning specialist with a background in human rights.

Rob Hitchins is Market Development Facility’s Senior Adviser and a Director of the Springfield Centre. Rob is an economist with a background in the private sector.