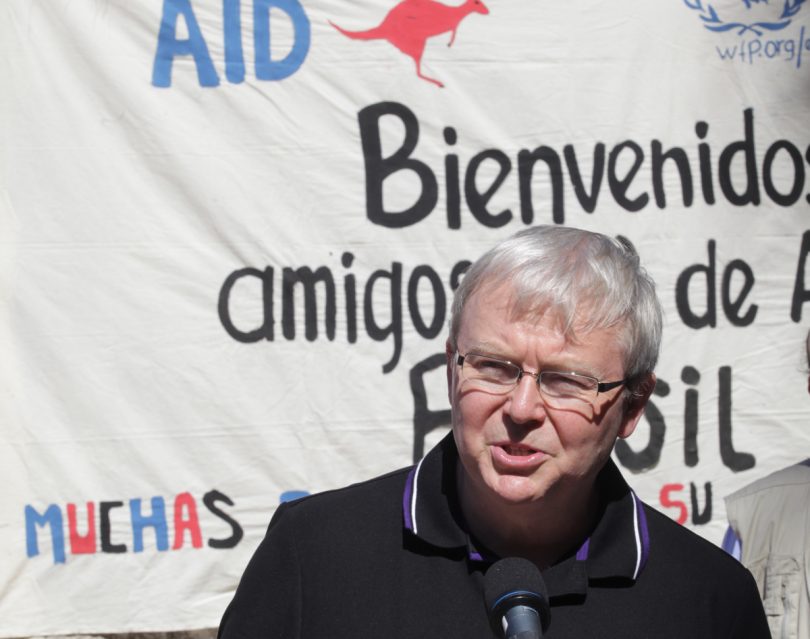 One of my most vivid childhood memories is waiting for the rain. Growing up on a farm in regional Queensland, our house was not connected to the town’s water supply. We relied on rain for everything – from our health, to our livelihood.

On that farm I learned that water is life. Access to clean water underpins just about every aspect of our lives. Without it we can’t produce food, we can’t maintain our supply systems, we wouldn’t have adequate sanitation and hygiene, and we can’t protect our health.

I was reminded of this often during my time as Prime Minister, which were some of the worst years for drought in Australia. Accessing sufficient water to keep their families and their livelihoods afloat was a very real struggle for hundreds of thousands of Australians.

We had to prioritise and improve water management across the country. That’s why our government invested $12.9 billion in Water for the Future, a long-term water investment and reform program.

In the last two years, the drought has broken for much of the country. While the return of the rains should be celebrated, we cannot lose sight of the fact that the water crisis is not over.

In 2020, the Commonwealth Scientific and Industrial Research Organisation (CSIRO) warned that on its current trajectory, by 2030 climate change will reduce average river flows by 10–25% in some regions of Australia. If we don’t urgently accelerate our efforts to reduce global emissions, the situation will be much worse.

And as bleak as our situation may be, I also know that Australia’s water crisis pales in comparison to that of many other countries in the world.

The situation is particularly challenging in the Pacific Islands, where the share of the population without secure access to potable water is twice that of the global average, and where sanitary indicators are lower than in Sub-Saharan Africa.

At times it can feel like addressing the global water crisis is an uphill political battle, rarely garnering the attention it deserves. But acting on water is in fact a win–win opportunity.

As foreign minister, I commissioned a review into the effectiveness of Australia’s aid. It found that investments in water and sanitation were some of the most effective, making a real difference to people’s lives and also presenting a significant opportunity for economic growth.

That’s because for many communities around the world, a lack of water means someone in the family (most often a woman or girl) is unable to go to work or school, or a relatively benign disease becomes deadly, or people are unable to grow or keep food to eat or sell.

Because of our complex history with drought, Australia has become a leader in water-resource management. This is an area on the global stage where we have a real opportunity to lead by example through our foreign aid program.

Of course, Australia also needs to make meaningful commitments to reducing the effects of climate change. Our inability to adequately grapple with the issue is diminishing our global standing, and impeding our ability to prepare for climate-related threats at home and abroad.

The biggest mistake in leadership is to think a problem has gone away. The rains may have come here at home, but the water crisis is not over – either at home or abroad. And globally, our dollars and expertise can make a real difference. It would be a huge mistake to think otherwise.

Hear Kevin Rudd speak about global water leadership as part of the Good Will Hunters podcast winter series on how we can better manage water.

Kevin Rudd is a former Prime Minister of Australia and is on the Global Leadership Council of the United Nations Partnership for Sanitation and Water for All.