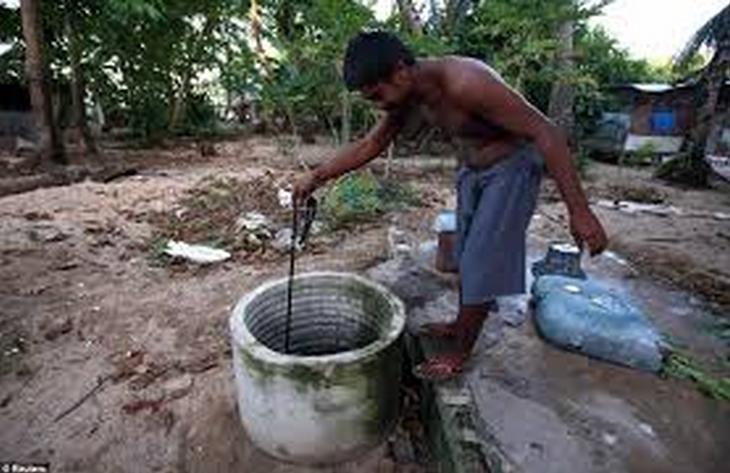 Free drinking water for all seems to be a popular promise bandied about during election time. Viewed as a basic human right, policymakers are often reluctant to increase water tariffs because of concerns about the impact on the poor. This happens in the Pacific region, and while such policies may win votes, what are the consequences of charging less than it actually costs to deliver water and sewerage services?

A 2012 regional benchmarking study covering 22 Pacific water utilities finds that one-third of utilities are not able to provide 24/7 water supply services. Low tariff revenues often translate into inadequate budgets for water supply and sewerage system upgrading, and operations and maintenance, resulting in poor levels of service. The same benchmarking study finds that two-thirds of water utilities in the Pacific are unable to recover operating costs without subsidies. In many countries, subsidies provided by government are not enough to fully finance capital investments, or even operations requirements.

Ironically, the very policies that are intended to help the poor, in many cases do exactly the opposite. This is because low income households are more likely to live in the region’s growing peri-urban settlements, located beyond existing service areas. When utilities are unable to recoup network expansion costs through tariff charges or subsidies, there is little incentive to increase the customer base. Also, unlike more affluent households who can afford to invest in alternatives when service is poor, such as bottled water, rainwater collection systems or septic tanks, poorer households have fewer choices, and rely on inferior options such as contaminated shallow wells, pit latrines and open defecation.

Economic theory tells us that the price of a good should reflect its relative scarcity to ensure an efficient allocation of resources. Water scarcity is increasingly a concern in many Pacific countries with growing urban populations and vulnerability to climate change. Keeping the price of water artificially low for everyone, by selling it at a price that is less than what it actually costs to source, treat and deliver, encourages waste.

A recent Asian Development Bank (ADB) study, Economic Costs of Inadequate Water and Sanitation: South Tarawa, Kiribati, has attempted to estimate the economic cost of inadequate water supply and sanitation services in Kiribati’s main urban center. South Tarawa, a low-lying atoll with an area of just 15 km2 is home to 51,897 people, around half of the country’s population. Drinking water supplied by the government-owned Public Utilities Board (PUB) is sourced mostly from the Bonriki water reserve. Since demand from South Tarawa residents far exceeds the sustainable yield from the freshwater lens, and system water losses are as high as 67%, water is rationed and provided to customers for two hours every two days.

Only 26.5% of households are connected to the sewerage system, which does not function properly and often overflows because of blockages. Rates of open defecation remain high, at around 22%, but many more people reportedly engage in open defecation at times, even when they have access to other improved forms of sanitation.[1] PUB charges residential customers a flat rate of A$10 per month for water supply, but historically collection rates have been low. Sewerage services are provided free of charge. Since household connections are not metered, volumetric charges, which could be used to better manage demand by encouraging customers not to leave their taps running, are not practical. PUB receives an annual subsidy of around A$500,000 from the government, but this has not been enough to provide an adequate level of service. It is estimated that average monthly water charges should be close to A$30 per connection to achieve full cost recovery, or around A$20 to cover operations and maintenance costs alone, recognizing that Kiribati receives substantial levels of external grant financing for capital investments.

Kiribati has among the highest rates of infant mortality in the Pacific, which can in part be attributed to water-borne disease. Over the period 2010–2012, there were 35,000 reported cases of illnesses per year in South Tarawa linked to poor water, sanitation and hygiene.

The total annual economic burden of poor water supply, sanitation and hygiene on South Tarawa is estimated to be A$3.7–7.3 million, which translates to A$553–A$1,083 per household in South Tarawa, or 2–4% of the country’s nominal 2013 GDP. These estimates are conservative since not all impacts, such as ecosystem and tourism costs, could be quantified with certainty, and were excluded from the valuation exercise.

Recent proposals from PUB to raise tariffs to improve cost recovery have been met with opposition from policymakers concerned about the impact on poor households. This is not to say that Pacific countries should not be concerned about the impact of utilities service fees on poor households, but rather that subsidies should be better targeted so that those who can afford to do so pay the full costs of service delivery.

What is clear from this study, and similar studies carried out in other regions, is that the population, particularly vulnerable groups such as women and low-income households, ends up paying a very high price when water and sewerage charges are either too low or free.