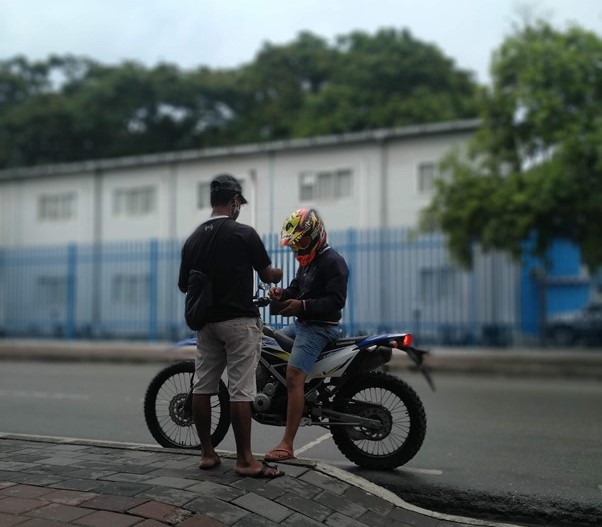 The 2020 Future of Jobs Report by the World Economic Forum lists street vendors as a job with “decreasing demand” in the future. The second youngest country in the world, Timor-Leste, has a variety of street vendors selling everything from coconuts and fruit to bakso, a meatball soup. Amongst this crew one seller stands distinct, with an assortment of brightly coloured scratch cards in his hand – the ubiquitous pulsa seller.

Pulsa is the word for credit in Timor-Leste. You can buy electricity pulsa to top up electricity meters from a store. Or you can buy phone pulsa – scratch cards that have a certain value, such as $1, $5, $10 – to top up your phone. After that it’s a matter of choosing a calling or internet pack that you’re interested in and sending an SMS to your telecom provider.

You can buy pulsa directly from the telecom provider’s store, or from a small shop called a loja. But the easiest way is to buy it from a pulsa seller on the street. A gaggle of them wait at street corners and outside big supermarkets. As your bike grinds to a halt, the one who you make eye contact with first gets your business.

Telecommunications was one of the sectors that was most impacted in the wake of the withdrawal of the Indonesian occupation from Timor-Leste. When Telstra and Timor Telecom entered the scene in 2000, consumers in Timor-Leste slowly started getting options for communications. In the last decade, other players like Telkomcel and Telemor have entered the picture, the competition reducing internet prices.

In neighbouring Indonesia, people get mobile internet recharges through apps, or at shops. But as mobile internet usage has increased in Timor-Leste, the pulsa seller’s job seems constant in the sweltry capital of Dili. To understand more, I decided to meet some pulsa sellers and find out how the business actually works.

In early 2020, before COVID-19 had the world in shackles, I met 35-year-old Julieto Soares. Juli told me that he first came to Dili from the hilly district of Ermera around 20 years ago. He started with selling boiled eggs and pisang goreng, a fried banana street food.

He saw that pulsa selling was a lucrative business, but it was not an easy one to get into. The main barrier was the start-up capital required. Most pulsa sellers get their break from a friend who bankrolls them. Juli was given his first break by a friend from Baucau in 2004.

Pulsa sellers usually buy in bulk from lojas or from ‘pulsa men on motorbikes’, who mostly buy the pulsa directly from the telecom providers. The men on bikes drive past regular spots every morning and offer to sell in bulk to the pulsa sellers. To get economies of scale, the pulsa sellers must buy big and then sell big to get a decent margin. This is also why they need start-up capital.

Pulsa sellers may buy US$200–300 worth of pulsa each day, and make $5 profit per $100 sold. Juli says that on a very good day, he can make $25 profit, selling pulsa, newspapers and cigarettes. Some others also exchange currency on the road, such as Indonesian rupiah to US$, usually at a hefty mark-up on the market rate. Julio said he was happy with what he sells and is not interested in exchanging currency.

Juli has been standing at a spot in the busy neighbourhood of Colmera for years. I found him there again in mid-2021 when I went to get an update. A spot like this is coveted by many sellers, but Juli has won it by the sheer dint of manning it for the greatest number of hours.

One person cannot stand in one spot 24/7. Juli shares his with two friends, splitting the day into three shifts. Juli doesn’t charge a commission for the spot. Everyone keeps their own lukru or profit.

Colmera, like other neighbourhoods, has many pulsa sellers down the length of the road. There are unspoken rules. A regular customer will go directly to their pulsa guy. If a new person walks past, whichever pulsa seller makes eye contact first, gets the customer. It pays to be alert. Juli says this system is straightforward and does not create friction, as everyone gets to keep their share.

The unspoken rules of the game keep peace on the streets. Over time, different pulsa sellers identify and establish their turf. In the middle of the afternoon, when customers escape the heat at home, the men huddle and have a chat, till the evening shift sets in.

Juli smilingly recalled the days of a UN mission to Timor-Leste in 2006 to 2007, when rich foreigners would buy pulsa in bulk. The profits from that helped him finance his marriage, a $2000 bride price during a custom called barlaki in 2012 and a church wedding in 2011.

But business is not the same since the COVID-19 pandemic. In early 2021, the government instituted a sanitary fence around Dili to curb the spread of COVID-19. This basically meant that people could not easily go in and out of Dili, or to other districts.

Juli said that this also meant that students in Dili were not able to get money from their parents. This is usually a physical exchange by hand, in a place where internet banking cover is negligible. Additionally, due to lockdowns, pulsa sellers were often not allowed to stand on the streets by the police. Pulsa sales have also been impacted by consumers who are cutting down on expenses in a contracting economy.

Even after our second meeting, Juli had a big smile on his face. He appears hopeful, even if to keep a brave front. After all, even though there are downturns, he and his colleagues have a job that is not expected to be replaced anytime soon.

Aashna Jamal is a Public Finance Consultant. She was Lead Economist in the budget directorate of Timor-Leste’s Ministry of Finance from 2018 to 2020.