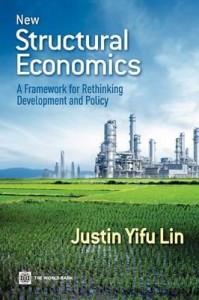 Justin Lin’s New Structural Economics (see my previous blog post for his argument) is probably correct. Unfortunately it is neither new, nor very helpful and has one major blind spot. Professor Lin reminds us of the key facilitating role of the state in all successful examples of industrialization. This is not a new argument. For at least a decade, since the demise of the Washington Consensus, an argument has raged about the role of the state in promoting growth and development (see the Growth Commission report’s interpretation of the key ingredients of successful growth; Dani Rodrik’s analytical narratives on growth in In Search of Prosperity and the new industrial economics proposed in One Economics, Many Recipes; the Growth Diagnostics (PDF) approach by Hausmann, Rodrik and Velasco; and the Product Space methods proposed by Hausmann.) There is little doubt that, in theory, governments can apply a set of instruments to tackle externalities, coordination failures and information asymmetries to promote development. And there are clear examples in practice of some governments actually doing so.

However, what is very much less clear is which instruments to apply in what circumstances. Here, Lin provides no real answers. Should tariffs be applied? When is a quota the right tool? Should one firm be given exclusive rights or privileges? Should leading firms be subsidized – how much and for how long? What should they be required to do in return? These are the crucial questions that matter for real policymakers, not the theoretical idea that the state can in principle play an important role. (Incidentally, Rodrik (PDF) provides a nice take on this, arguing that the solutions to these questions are not known, so what matters is setting up a process for searching for solutions, discarding those that don’t work and keeping those that do.)

Moreover, Lin’s argument ignores politics. When challenged on this, Lin specifically contested Acemoglu and Robinson’s arguments in Why Nations Fail (see previous Devpolicy posts on this book). Lin stated that, in many cases, elites can and do act in the longer term interest of their countries and do not necessarily act based on their own narrow self interest. This, of course, is true, but neither history nor current reality suggest that it is true in general or even in the majority of cases. Since the origin of modern economies, industrial policy has routinely been used by rulers to enrich themselves and their associates. Sometimes it has also promoted development – often it has not. The key question is: in what circumstances is a “developmental state” likely to arise? And what can external actors – such as academics, civil society, and aid agencies – do to support the creation of the institutions and incentives that are likely to make actors behave in ways that promote the public good? Lin’s New Structural Economics provides no answers to these questions. Rather it assumes that the missing ingredient is “good advice”. I fear that unless we address the old structural politics, the new structural economics will not be of much use.