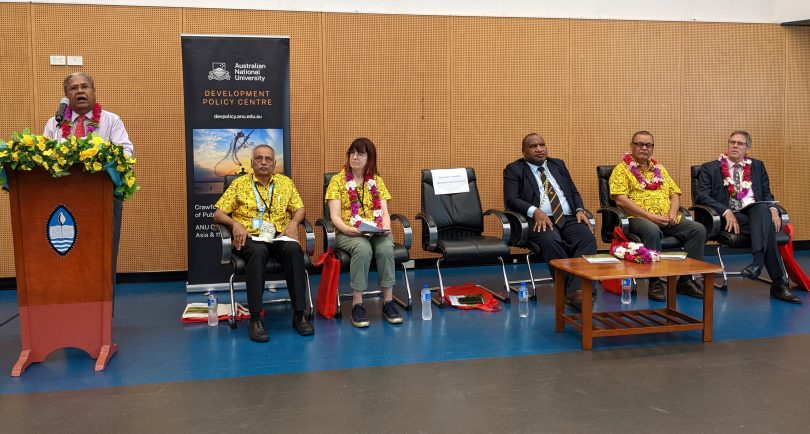 In the first part of this blog I presented background to the Central Banking Act 2000, and its review currently being undertaken by the Independent Advisory Group, of which I am Chair. Here, I present five main recommendations from the report of the first phase of the review.

First, we said that in hindsight, it wasn’t perhaps the wisest move to give so much power to one individual, namely the Governor. This is in no way a comment on the individuals concerned. But generally better decisions are made when there is contestability, when there is a group involved, rather than it all being left to one person. In fact, for a period I myself was on the BPNG Board. And during that time, to be honest, I wondered what the role of the Board really was as, to be frank, it didn’t seem to have one. It was interesting to learn about what the bank did, but we had no influence over policy, which all came down to what one man thought.

That can’t be a good way to run an important institution, and indeed it turns out PNG was unusual in concentrating so much power in one person. The general trend around the world in central banking has been to collegial decision-making – to making or keeping the central bank independent, but giving that independent power not to an individual but to a group.

To implement a collegial approach, we actually recommended a statutory Monetary Policy Committee or MPC, an empowered decision-making body with specialist expertise. The government instead went for a fully empowered Board, but said they would revisit our MPC when they consider our second and final report. So watch this space.

Second, sticking with governance, we thought that, if you are going to give more power and responsibility to the Board, it can’t make sense to stick with the representative approach adopted in 2000. Then, it was useful as a circuit breaker, to get politicians to leave the central bank alone, but really we want not only an independent but also an expert board. We recommended an end to the representative approach, while protecting the Board’s independence by recommending that some appointments be made by the Board itself. We also said there should be at least one international expert on the Board. The government went along with our general argument, though not on all the details. Without commenting on the new Board appointed by the government after the Act was amended, I think we would all urge the government to ensure the Board is well equipped with the necessary expertise.

Third, on deficit financing, since banning it had not worked, we said let’s not ban it, let’s cap it at a reasonable level, and ensure that the cap is respected. I’m glad to say that this was one of the recommendations the government accepted.

Fourth, on the exchange rate and on economic growth more generally, we said that when the bank makes its exchange rate decisions, it should take into account the impact of those decisions not only on inflation but also on economic growth. Of course inflation needs to be kept under control, but not by running the economy into the ground. Methods to control inflation that are destructive of economic growth, such as making companies queue for foreign currency, should not be used. So, we recommended that the central bank include in its objectives not only the control of inflation but also the promotion of growth, and the creation of jobs. Again, I’m glad to say that this was a recommendation supported by the government.

I hope this gives you an idea of the sort of work we’ve been doing and the recommendations we have been making.

We recognise that ours in only one voice in what is a healthy debate about how to improve the performance of our key economic institutions and ultimately the health of the PNG economy itself. And we recognise that not everyone will agree with us. We certainly don’t claim to have all the answers.

One body we have already had a number of interactions, and sometimes debates, with is the IMF, which has its own strong views and of course international expertise in relation to central banking. The IMF, for example, is not in favour of telling the central bank to promote growth and control inflation. It thinks that is too confusing. When we look at it, on the other hand, it seems obvious that when you are in charge of setting the exchange rate regime you have to look at it from both the growth and inflationary angles.

One interesting difference between ourselves and the IMF is in the area of transparency. We have tried to be transparent in all that we do, and if you are interested in finding out more, whether about our first-phase report which is now complete or the second phase we are currently engaged on, please do go to our website. You’ll find everything there.

By contrast, when it comes to the IMF, their report with their analysis of the central bank and the challenges it faces is confidential. They refuse to share it. In this day and age, that just isn’t good enough. It’s good to have the international experience that the IMF can bring, but the days of secret reports are surely over.

I began, in the first part of this blog, by talking about Sir Mekere Morauta, whose reform legacy we are trying in our own small way to build upon through the work of our Independent Advisory Group. We must not think of reform only as something that Sir Mekere did, as something that was important then, but not needed now. Rather, we must always be looking to learn the lessons of the past and to improve the future through ongoing reforms of policy and governance. As Sir Mekere himself said, in a speech in 2006 delivered in Oxford: “reforms are essential if we want to break the poverty trap and provide people the opportunity for healthy, productive lives.”

This is the second part of a two-part blog based on the author’s keynote speech at PNG Update 2022, ‘Revisiting the Morauta reforms: modernising PNG’s Central Banking Act’.

Robert Igara is Chancellor of the University of Papua New Guinea, and former Chief Secretary to the PNG Government.