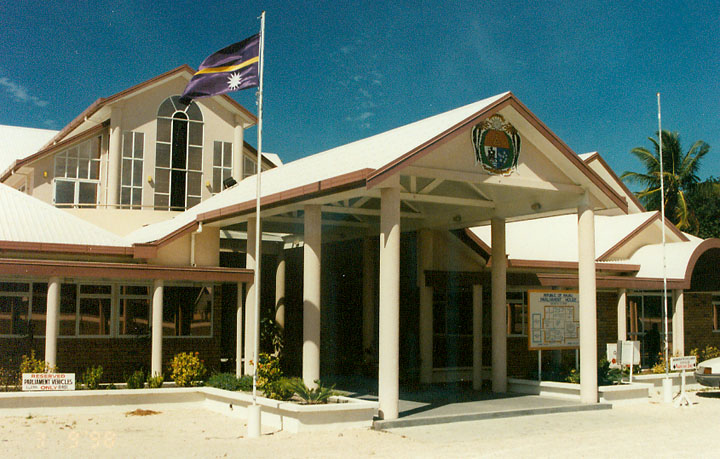 The implosion of the legal system in Nauru has been described as a “coup by stealth” by David Lambourne, a former Secretary of Justice for Nauru. He left the country after having had his appointment terminated in 2011 following the fall of the government led by Marcus Stephen. The deportation of the Resident Magistrate, cancellation of the Chief Justice’s visa to enter Nauru and resignation of the Solicitor-General (for details, see here, here and here) are part of what Lambourne characterises as a comprehensive programme to return Nauru to the ‘bad old days’.

Prior to 2004, Nauru was a democracy in name only with the cabinet effectively ruling by fiat. There was no commitment (or even lip service) to any form of checks and balances on executive action and no understanding of the need for administrative decisions to have a lawful basis. Some degree of ‘progress’ was made during the 2007 – 2011 period, which may come to be seen as the high point as far as good governance applies in Nauru. However, in the period of November 2011 to mid-2012, and more recently since the change of government in June 2013, there has been a comprehensive removal of office-holders who are seen to stand in the way of government will and whim. This includes the Commissioner of Police, the Secretary of Health, the Secretary of Justice and others, most recently the Resident Magistrate Peter Law.

The government of Nauru has effectively done away with the rule of law in that country. The essential institutions have been severely compromised. The replacement Resident Magistrate who arrived on the island on 20 January was appointed without any reference to the Chief Justice, rendering his appointment in breach of the Courts Act. This immediately calls into question the validity of any decisions he might make, including in relation to the deportation of Rod Henshaw (a former government media adviser) and Hareef Mohammed (a long term Fijian resident). Given the circumstances in which the appointment of Andrew Jacobson was made, it is hard to be confident that he enjoys judicial independence as it is most commonly understood.

Whilst it is possible for Chief Justice Geoffrey Eames to continue to exercise his judicial powers without being physically present in the jurisdiction, there are no meaningful enforcement mechanisms available to him. Geoffrey Eames is renowned for his robust approach (which is exemplified here [pdf]) and is not expected to allow himself to become a pawn in this or any other political game. In theory, he has the protection of constitutional tenure for another 7 years. However, there have already been mutterings within government that if it is not possible to sack the CJ they will call a state of emergency, suspend the constitution and remove him at that point.

Lambourne, who spoke to me from Australia, points to the recent hike in visa fees for journalists as evidence of how the Nauru administration now operates. In order for such a fee to be lawful there would need to be regulations in place. No such regulations exist, there is only a cabinet decision that the cost of the visa should be $AU8,000 but this has been acted upon without question by relevant officials. Senior positions within the Nauruan bureaucracy are being filled with people (including expatriates) who can be relied upon to execute cabinet decisions without question.

For the first time in many years, the government of Nauru has plenty of cash at its disposal. Thanks to the economic boost provided by the Regional Processing Centre (by way of visa fees and increased revenue through duties and customs revenue), Nauru is no longer as dependent on aid as was previously the case. So, with hindsight, it appears that the ‘Pacific Solution’ has contributed to a ‘perfect storm’ with the government having increased funds available at a time when those in power are actively seeking to throw off the perceived shackles of good governance.

It is hard to overstate the precarious nature of the legal environment in Nauru right now. The government has made much of the impending return to the country of commercial banking services, courtesy of Bendigo Bank. It is hard to imagine that a prudent banking operation would countenance setting up in a jurisdiction that is operating with a total lack of, what Lambourne calls, ‘legal rigour’ (although the bank has said it is continuing to work towards opening a branch on Nauru). No one living on Nauru can be confident of having their rights or interests protected by law as things currently stand. And this includes Australian citizens currently resident on the island.

Lambourne is emphatic in his agreement with CJ Eames that these moves are purely politically motivated. Other commentators have described them as being driven by ‘venal politics’. And Lambourne’s perspective is that the real driving force behind these moves is not President Waqa, who is generally perceived to be well meaning but largely ineffective. Rather, the puppet master is David Adeang who holds two ministerial portfolios – justice and finance.

The government of Australia has been cautious in its response to this ‘coup by stealth’. Initially, Scott Morrison declared that it was purely an internal matter. Subsequently, DFAT has expressed concern via the offices of its High Commissioner to Nauru. The relationship between Australia and Nauru has the regional processing centre at its heart. It is not in the interests of either government to damage a connection that is of such mutual ‘benefit’. But these events open up the nature of the relationship between these countries to increased scrutiny and, not surprisingly, significant criticism.

Lambourne confirms that internal politics is what is driving this situation, but Australia should be very concerned about the impacts of what has happened recently. The processing regime set up by Nauru (with the assistance of Australia) envisages an avenue of appeal for asylum seekers whose applications are refused at first instance to the Supreme Court of Nauru and ultimately the High Court of Australia. As discussed here, Australia has shifted the burden of responsibility to the legal system of Nauru. If that system is compromised (and according to Lambourne and other sources close to Nauru it most certainly is) then it is difficult to have confidence that asylum seekers can have the legal protections to which they are entitled. This puts both Nauru and Australia at risk of being in breach of obligations under international law.

Meanwhile, the case to determine the validity of the deportation order against Rod Henshaw and others has been adjourned indefinitely. This means Mr Henshaw can (for now at least) remain in the country where his (recently) deceased wife is buried. Elsewhere, the Australian wife of an opposition MP has had her residency visa cancelled so she is unable to return to her home and family on Nauru. These are just some of the personal impacts arising from this political wrangling; there may well be more to come.