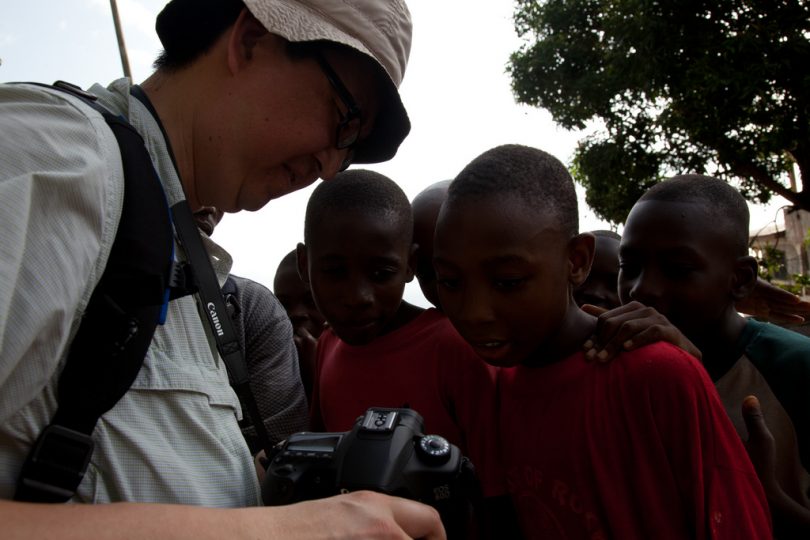 Development journalism is as old as the development industry itself. International affairs and travel reporting has often touched on questions of poverty, economic prospects and social change. During the past half century or more the communication programs of multilateral institutions, government agencies and NGOs have become increasingly sophisticated, drawing consciously on advertising and public relations techniques. Oxfam and Christian Aid sponsored the creation of the UK New Internationalist magazine in 1973. Similar publications such as South magazine flourished in the 1980s and 1990s, but it was the growth of the digital world that enabled development journalism to expand rapidly. This, combined with citizen journalism and social media, produced countless online information sites. The quality of this content is highly variable, but professional editorial standards are applied in the Guardian Development Professionals Network, Devex Newswire and this blog [1] as well as in online publications such as Global South Development magazine. Development journalism is now taught and researched in journalism schools [2].

Coverage is focused on insight into the development process, the massive global body of development knowledge and the bewildering institutional structure of policy and program delivery. This discussion is important because of the way it is shaping the global development debate, expanding the range of topics discussed, the reach and the kinds of contributors. The search for more cooperative models of development programming makes it vital that the disadvantaged have a voice, including a public voice, as far as possible unfiltered by development agencies, the media or self-appointed spokespersons. Our attitudes, behaviour and assumptions are inevitably influenced in part by this debate around us.

In 2009 the then-managing editor of The Guardian, Elisabeth Ribbans, wrote: “A good journalist must not only describe, but delve, debunk and decode. International development is complex, slow, non-prescriptive and uncertain. It requires the reporter to appreciate and explore the interplay of diverse realms such as health, education, environment, governance, local and national economics, and culture.”

Development journalism also takes the debate out of the development silos and echo chambers. Comment is restricted by the language in which the professional discussion is expressed, involving a series of dialects covering policy, evaluation, and program delivery, which only the initiated can understand. Journalists can break through the jargon of development speak to articulate development aims, processes and tools in clear language.

All the world’s citizens have a stake in the directions of global development and the effectiveness of massive aid expenditure [3] funded largely by western taxes. Agencies are also dependent on the goodwill of personal and organisational donors to keep the aid industry functioning. Stagnant funding and growing demand mean that financial support needs to increase. However, for most outsiders the world of aid and development remains arcane, making the role of informed, critical intermediaries vital.

Development agencies (government, multilateral or NGO) are generally ambivalent about external scrutiny. They want the world to understand and value their work, but they often object to criticism, especially from outsiders who are considered poorly informed. Yet organisations dispensing significant amounts of other people’s money cannot evade scrutiny indefinitely. The result is often better policy and practice. Folly, waste and corruption flourish in conditions of secrecy. Since 2004 Tolo TV has provided a forum for economic and political debate in Afghanistan. Recently, The Guardian has documented how health journalists newly trained by Internews used the press and community radio to improve the effectiveness of responses to ebola in Liberia. Exposure of incompetence is embarrassing in the short term, but essential for improvement. However, it is in everyone’s interests that external comment be informed, considered and based on a practical understanding of development policy and the complexity of its delivery.

Development journalism is fraught with ethical and professional dilemmas. Many practitioners agonise over how grinding poverty, human suffering and ruthless exploitation should be represented in words or images. Others differ about whether observers are merely recording circumstances, or inevitably themselves players in the game. There is a body of discussion on the role of narrative and storytelling in development coverage. Editors reflect constantly on which issues should be highlighted and how the influence of spin can be evaded. To all these questions there are unlikely to be definitive answers.

Despite the benefits of development journalism, its future is anything but clear. Citizen journalism is cheap and likely to continue, but it is volatile, of uneven quality and in some parts of the world subject to political intimidation. While personal testimony is revealing, the value of development journalism is linked directly to high professional standards. Organisations offering training and technical assistance support include One World Media, the BBC World Service Trust  and the International Federation of Journalists. Yet the future of both citizen and mainstream journalism in the developing world remains precarious and journalists are increasingly under threat of murder, imprisonment or kidnapping. Meanwhile, major international news outlets are having difficulty reconciling high journalistic standards with commercial viability. Staff numbers (especially overseas) are being reduced as retail and advertising income falls [4]. These organisations take development journalism to a global readership beyond the aid world. If their commitment were to falter due to financial constraints, the impact on the global development debate could be severe. Progress in policy and practice comes from a vigorous exchange of views and argument encompassing not only the development profession but also the general public, whose support is so vital. We must avoid a debate driven by academic disciplines, ideological perspectives or professional practice, all of which are shouting into their own vacuum.

[1] ANU has been pioneering the creation of online publications with a development focus, including not only the Devpolicy Blog, but also Policy Forum,  East Asia Forum and New Mandala.

[2] Notably at the School of Journalism in Cardiff University in the UK and the Columbia School in the USA.

[3] Currently around US$135 billion per annum in ODA alone, according to the 2016 OECD Development Cooperation Report.

[4] Since early 2016 The Conversation has run a series of articles about emerging business models for western media organisations.

David Guy is an independent development economist based in Fremantle. He spent ten years with the Australian Government (AusAID, Austrade), more than ten years as market analyst and corporate strategist with Snowy Mountains Engineering Corporation (SMEC) and five years as business development manager in the development consulting area of ANU Enterprise. He also has strong links with the NGO sector. He was the driving force in the establishment of the SMEC Foundation, taking it from a bright idea to a bona fide corporate NGO. He is currently an advisor to a number of Australian development NGOs. He has a Masters degree in development economics from Cambridge University and is an ANU alumnus.