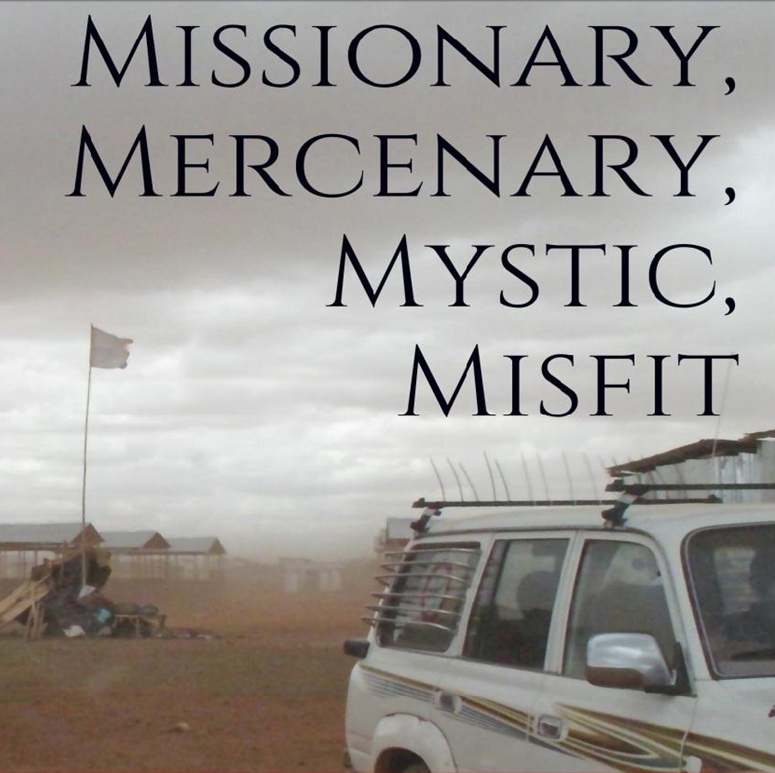 There is no shortage of aid fiction. It’s there in the denunciations of those who say aid does more harm than good (despite most evidence pointing, if anywhere, in the other direction). It’s there amongst the brazen claims of those who would have us donate our old shirts to help the poor. And it’s there in the child-saving narratives of some NGOs. Everyone has a story to sell. And yet, for all this, there are surprisingly few actual explicit works of aid fiction. Fiction that confesses its fictions, even as it tries to capture reality. Aid workers make cameos in movies, but that’s about it.

Which is odd, surely aid has its tales to tell?

“J.” is the initials-only author of the now defunct ‘Tales from the Hood’ blog. He’s an aid old-hand, and five minutes browsing the archives of his blog suggests he possess two unfair advantages: one, he knows what he’s talking about; and, two, he can write. The posts are snappy and smart, so it is no surprise ‘Missionary, Mercenary, Mystic, Misfit’, his second novel, is a good one. His time immersed in the world of aid has clearly given him fiction-fodder aplenty.

‘Missionary, Mercenary, Mystic, Misfit’ continues, from his first book, the tale of Mary-Anne, raised in a conservative corner of suburban America, turned into an aid worker in Haiti, and now on the Ethiopian border, part of the global humanitarian response to the plight of those fleeing conflict in Somalia. There she finds herself surrounded by the usual suspects. Large NGOs, dust, smaller NGOs, donkeys, unwieldy UN agencies, tent cities, a boyfriend in another country, an ambitious boss, and a quiet tide of tall, slender people fleeing a war.

She also finds Jonathon Langstrom, an older aid worker, and the central thread of the story is the one that pulls them together. But this isn’t a love story, it is a tale of humanitarian work. Complicated, in other words. And J. uses short chapters that hop from point of view to point of view to convey this. We see things as Mary-Anne sees them, we get Jonathon’s take, we learn the thoughts of the local staff. We’re taken back to the United States, into the lives of ambitious NGO CEOs, and into the struggles of Jonathon’s – former aid worker now child raising – wife. This works very well. The empathy is shared around. And the complexity illustrated. It ought to be easy to help people, but when your helpers are people too it is hard. Hard to do right, and hard on those involved.

If you stuck to what you saw in movies, or only read the Wall Street Journal, you might end up with an awfully binary take of aid workers. Either selfless saints saving lives, or planning sinners impeding free markets. Yet the reality of aid work is much less clear. A very human endeavour, reflecting our faults, and our good bits. From the expectations of those who make donations (I’ll have a goat please), to the ambitions of those climbing various career ladders, to the intermittent kindness of almost everyone involved. ‘Missionary, Mercenary, Mystic, Misfit’ does an excellent job of depicting this.

‘Missionary, Mercenary, Mystic, Misfit’ isn’t a perfect novel. There is the odd clichéd description and Jonathan’s dialogue sounds, at times, like the sermons of a blogger, rather than a guy musing in a bar (although to be fair this is actually how development types talk when in bars). Also the author could have done with following the old maxim of creative writing courses: show more, tell less. And the book is too short, the story too hurried. It meets its end too soon. The reader isn’t immersed quite long enough. Fifty pages more maybe.

Yet it is still an excellent read — a nuanced, informative, page-turner. And think for a moment about the last of my complaints above. When was the last time you read a good book about aid that was actually too short? A book that left you yearning for more, rather than exhausted, overwhelmed by charts and tables. It is enjoyable and educational – an odd combination.

Read it, assign it to your students, sermonise about it at the pub. And think too about the book’s silent, flawed hero: aid. The central story of most of human history has been people inflicting misery on other people. Now we try to help. Intermittently and not nearly hard enough. And our efforts are marred by the mistakes we make and the shortcomings we possess. Yet some help is better than none and aid can get better if we are willing to learn. And ‘Missionary, Mercenary, Mystic, Misfit’ is a good way to learn, as well as a great story.

(You can buy the Kindle Version of Missionary, Mercenary, Mystic, Misfit from Amazon here.)