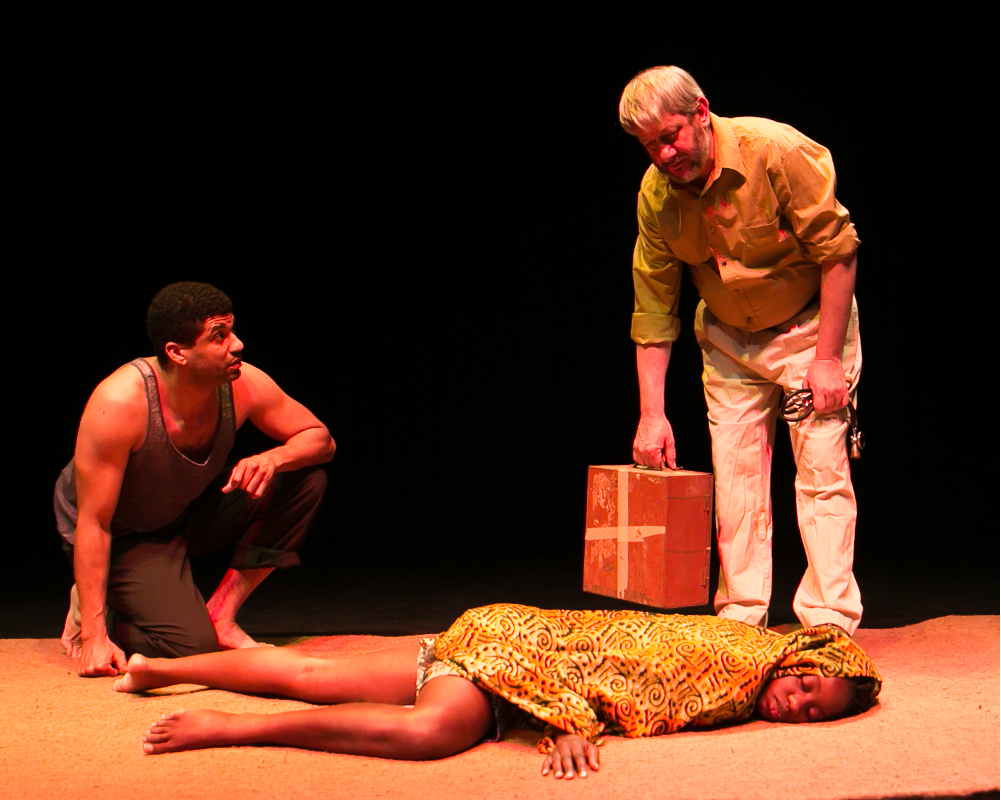 Given the po-faced way aid, development and NGOs are usually presented to the public, this might seem a strange statement: international development is, in the true sense of the word, dramatic.

What makes good drama? Conflict. Narratives of change. Competing worldviews. Moral dilemmas. Strong characters. Sub-text. Death. Birth. The constant threat of failure. None of these are out of place in aid and development.

What the world of aid and development lacks is a dramatic language. A few of us may have had the desire to slip some Shakespeare into progress reports – the joy of informing a donor that you met your targets by writing “… I tell you, my lord fool, out of this nettle, danger, we pluck this flower, safety”! – but it’s a desire we usually resist.

Yet development, aid and the very existence of NGOs, not to mention their operation, exercise our emotions as well as our intellect (as if the two can ever be disentangled). To condemn their examination and explanation to the dry, fragile rationality of research and policy documentation is to miss what drives people to work in these fields, and what sometimes drives them out.

As an academic, consultant and aid manager, I’ve engaged with international development for twenty years. I’ve seldom seen or read anything that even attempts to weave together the moral, emotional and intellectual threads running through that world, much less succeeds in the attempt.

Humanitarian relief appears to have spawned a racy literary sub-genre – Emergency Sex and other Desperate Measures, anyone? And there is a growing remainder pile of memoirs: the good ones pushing us to ponder what we would have done in the author’s place; the bad ones reading as travelogues cross-bred with advocacy flyers. As for film … well, let’s not.

In this generally flat landscape, Katherine Boo’s Behind the Beautiful Forevers stands out. On the foundation of her reporter’s obsession with facts, she builds a narrative of poverty notable for its detail and nuance. An outsider to the community she writes about, she commits an act of empathy unusual in its refusal to succumb to bathos, or to offer the balm of easy solutions.

Why is there not more writing of this kind? Well, for one thing, it’s difficult. It asks authors to have a deep understanding not only of issues and facts, but also an ability to work language with a novelist’s care. And who is prepared to pay for the time a writer would need to invest in such an endeavour?

I can attest to both the difficulty and the lack of compensation. In addition to being an aid manager/academic, I’m also a playwright. Theatre is a portal through which we can access simultaneously emotions, ideas and character. It also establishes a communicative relationship between one group of people, the audience, and another group, the actors, that is uniquely intense, brief, and different every night.

I make no claim to having the skill of Katherine Boo, but it is cowardly to only critique – you have to join the fray. So, for the first time I’ve brought together my playwriting with my other work. The result is The Faithful Servant, a play that poses the question “What does it mean to be good in the face of poverty?”

In The Faithful Servant I portray the connection of Australians with the global poor; I consider the motivation of faith, then the loss of faith, and the struggle to have genuine empathy for ‘the other’; I’ve created characters who are saviours, carers and fixers, and who take us on a journey to the crossroads of the personal and political within a small development NGO.

These are all issues that have been the subject of weighty academic investigation, but they are also dramatic to the core – and the way we experience their impact in our own lives has far more in common with ninety minutes of theatrical make-believe than the best Amartya Sen article, no matter how insightful.

While I, obviously, hope audiences enjoy and respond deeply to the play, I also hope that other writers take up the challenge of exploring the conceptual lands of development, aid, NGOs and even official agencies (a DFAT drama?) in a way that reveals all of their dimensions. It’s certainly more interesting than that six-monthly project progress report you’re currently writing up.

The Faithful Servant is running at The Street Theatre, Canberra, from 7–18 September.

Tom Davis has a PhD in political science and has worked in the foreign aid sector as a researcher, consultant and manager. The Faithful Servant is Tom’s fifth play, and second to be produced by The Street Theatre.

Tom Davis has a PhD in political science and has worked in the foreign aid sector as a researcher, consultant and manager. He is also a playwright and has authored five plays.