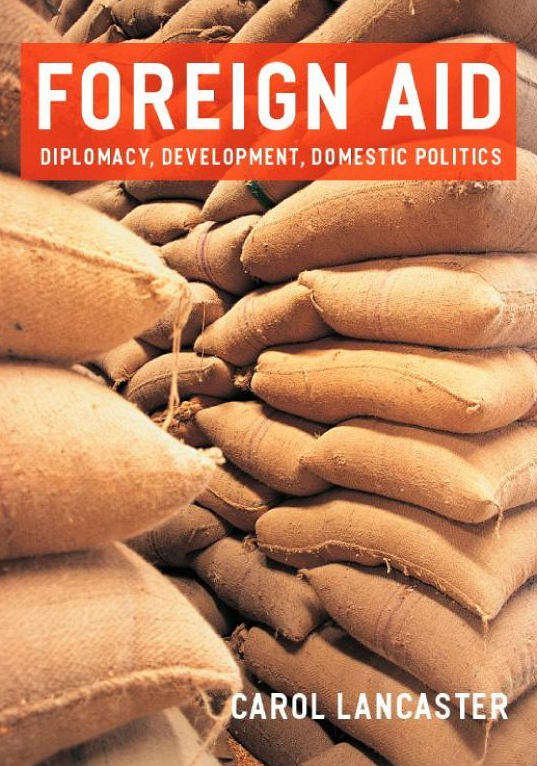 What does research tell us about the relationship between a donor government aid program’s purpose and the way the program is administered? A salient question given the recent aid organisational reforms in several countries, most recently Australia. And, it turns out, a significant question for aid effectiveness.

Two researchers have undertaken sophisticated, in-depth explorations of aid’s domestic politics and bureaucracy. Ex-USAID deputy-administrator, Carol Lancaster, examined the Danish, French, German, Japanese and USA aid programs in her 2007 book, Foreign aid: diplomacy, development, domestic politics. Lancaster wanted to understand how aid’s purposes (ranging from diplomatic to development) changed over time, and across these five countries. To do this, she examined ideas, institutions, interests and how a donor organised their aid administration.

Both authors map the interplay between various actors, ideas and institutions in the shaping of aid policy. Their findings illustrate how important NGO advocacy is to get aid to focus on development goals, and the potential positive development role the private sector can play within the right context (based on Denmark’s experience). The authors also show how legislative and electoral rules impact on aid policy. What I highlight here is the role an aid program’s organisation plays in aid policymaking.

Lancaster describes how aid’s development purpose is weakened in French and Japanese aid delivery. This is because aid is delivered through fragmented government entities with no powerful voice speaking on behalf of development within the bureaucracy. Similarly, the fragmentation of US aid contributes to its long-standing use for diplomatic goals, as does its position as a subcabinet-level agency. Lunsgaarde argues France gives more aid as a proportion of GNI than the USA because the French executive has predominantly had sole authority over foreign affairs, while the American executive shares authority with the legislative branch. Further, Lunsgaarde finds both France and the USA give for non-development reasons because government entities and actors that do not have a primary focus on international development have dominated aid policymaking.

In Germany, in contrast, Lancaster finds aid’s development purpose has risen to higher prominence as the Bundesministerium für Wirtschaftliche Zuzamenarbeit und Entwicklung (BMZ – the Ministry of Economic Cooperation and Development) gained increasing responsibilities for aid. Also, Germany’s Minister of BMZ ensures a cabinet-level voice for aid’s development purposes. In Denmark, Lunsgaarde explains that authority for aid policymaking is centralised within the bureaucracy, allowing the aid program to lead aid policymaking. Switzerland presents a slightly more complicated picture. Two agencies manage aid – the Swiss Agency for Development and Cooperation (SDC) and the State Secretariat for Economic Affairs (SECO). As Lunsgaarde enlightens us, each of these is a powerful entity within their respective ministries, and face little competition from other bureaucratic entities when it comes to formulating aid policy for poverty reduction. Yet they face greater competition in arguing for aid budget increases, which is why Switzerland’s overall aid budget remains middling. Overall, these examples illustrate that central to promoting aid’s development focus is the ability for an aid program to have autonomy and authority within the bureaucracy, and high-level representation.

At least at first glance, in both studies, Denmark could run counter to the argument that centralised authority for an aid program is necessary for aid to have a strong development purpose. Lancaster highlights how Denmark’s aid has a robust focus on development goals, yet its aid program is fully integrated into the Ministry of Foreign Affairs. As Lunsgaarde points out, in some countries this would mean development comes second to non-development foreign policy goals. This is not the case in Denmark. Each author provides a piece of the answer as to why.

What Lancaster demonstrates is that Denmark’s general foreign policy goals are consistent with advancing development, so there is no internal ministry conflict between domestic-focused foreign policy goals and developing-country focused aid policy goals. What Lunsgaarde articulates is that after the Danish International Development Agency (Danida) was fully integrated into the Ministry of Foreign Affairs in 1991, the way the Ministry was structured into North and South Groups meant that the South Group’s work was dominantly aid-related: “the terms Danida and South Group were essentially synonymous” (p. 62). Further, development expertise was sustained in the Ministry of Foreign Affairs through various mechanisms, contributing to the maintenance of aid’s development focus.

There is a great deal more to each authors’ research than what I have presented here. Lunsgaarde in particular offers many insights for NGOs. Both authors’ present pertinent information for the Australian international development community at this time. As the government restructures the Australian aid program, it seems to me that the most important objective of all is to maintain or expand Australian aid’s development focus. How much aid is focused on development is the result of a complex interaction between diverse actors, ideas and institutions. Those shaping Australian aid’s future organisation need to think carefully about how broader government functions can impact on the aid program’s ability to contribute to development, as well as what the aid bureaucracy ‘looks’ like within the Department of Foreign Affairs and Trade. I recommend both Lancaster and Lunsgaarde as potential guides in this important and intricate process.

Joanna Spratt is a PhD candidate at the Crawford School of Public Policy, ANU. She is also a consultant and coordinator of NZ Aid and Development Dialogues (NZADDs), with a background in nursing and international development.