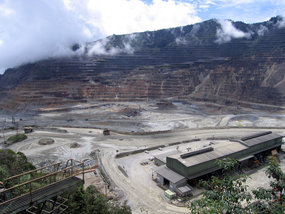 The Australian government has recently announced that it will trial the Extractive Industries Transparency Initiative (EITI) — a global program for greater transparency and accountability in resource revenues. This move will place pressure on other resource rich countries in the region, such as Papua New Guinea, to also open up their books.

For those unfamiliar with the program, EITI is a global standard for transparency and accountability of mining and petroleum revenues. Implementing the standards requires countries to meet six criteria:

As the EITI  explains, implementing this standard has several benefits:

‘Benefits for implementing countries include an improved investment climate by providing a clear signal to investors and international financial institutions that the government is committed to greater transparency. EITI also assists in strengthening accountability and good governance, as well as promoting greater economic and political stability. This, in turn, can contribute to the prevention of conflict based around the oil, mining and gas sectors.

Benefits to companies and investors centre on mitigating political and reputational risks. Political instability caused by opaque governance is a clear threat to investments. In extractive industries, where investments are capital intensive and dependent on long-term stability to generate returns, reducing such instability is beneficial for business. Transparency of payments made to a government can also help to demonstrate the contribution that their investment makes to a country.

Benefits to civil society come from increasing the amount of information in the public domain about those revenues that governments manage on behalf of citizens, thereby making governments more accountable.’

Clare Short, the former Secretary of State for International Development who transformed the UK’s aid program, was appointed chair of EITI in March this year.

Under her leadership there has been growing and renewed support for EITI. Both Australia and the US have recently announced that they plan to implement the EITI standard, and there was a strong statement of support for EITI in the final communique from the Commonwealth Heads of Government Meeting. Eight of the Commonwealth countries are implementing the EITI standard: Cameroon, Ghana, Mozambique, Nigeria, Sierra Leone, Tirindad and Tobago, Tanzania and Zambia. Globally, a total of 11 countries have already fully implemented the standard, and there are 22 candidate countries.

The Minerals Council of Australia (MCA) has welcomed the announcement on EITI, seeing benefits for measuring the total contribution of mining to the government and economy.

‘In the absence of the EITI, there has been no mechanism to fully measure mining’s total contribution to all levels of Government in Australia. The mining industry will pay $23.4 billion in company taxes and royalties in 2010-11, but there is an array of other statutory payments that fall outside these two revenue streams. These include native title agreements, payroll tax, conservation and rehabilitation payments, customs duties, excises, local Government taxes, assessment fees, land access compensation and public infrastructure user charges.’

When I worked in the PNG Treasury in 2003, the British High Commission approached the government to join EITI. At the time it wasn’t a top priority and the bulk of PNG’s mineral revenues were clearly reported in the fiscal accounts (unlike in Australia).

Since then the need to join EITI has grown, yet a perennial excuse has been: why should PNG join if Australia won’t? With Australia’s recent decision, the ball is now back in PNG’s court.

PNG is already ahead of Australia in reporting mineral tax and dividend flows in its fiscal accounts and annual budget. This means that concerned citizens can see how much the government earns from the mining and petroleum sectors and can ask questions about how such revenues are spent. It means that economists can assess the underlying fiscal strength of public finances by looking at the non-mineral deficit. Overall, it means that there can be an informed debate about the contribution of the mineral sector to the PNG economy.

But there are three areas where PNG is badly lacking in transparency.

The first is that non-tax payments by resource companies to landowners and provincial governments are not reflected in the public accounts. Many people would like to know how much money has gone to Western province or Southern Highlands province or the Kutubu Development Authority, but the information is not readily available. There needs to be much more rigorous reporting of landowner and provincial payments.

The second is off-budget transactions through State Owned Enterprises (SOEs). The PNG government holds shares in several mining and petroleum companies on behalf of the people of PNG: 30% in Ok Tedi Mining Ltd, 17.56% in Oil Search, 100% of Petromin, the Independent Public Business Corporation /National Petroleum Corporation and the Mineral Resources Development Corporation. Currently only net dividends from these entities are reported in the fiscal accounts. Some of these businesses, such at OTML and Oil Search, produce timely audited accounts, but others are less transparent. Timely publications of accounts is needed so that off-budget transactions through majority state owned enterprises are made transparent. For example, the Independent Public Business Corporation borrowed A$1.68 billion from IPIC in 2008 to fund state and landowner equity in the LNG project, yet there are no publicly available accounts available to show how these funds have been used.

The third area that needs more transparency is the expenditure side of the budget. In recent years, there have been growing concerns about the misuse of funds, notably various trust funds and the development budget.  Greater transparency on public expenditure could discourage corrupt behaviour. Unfortunately though, the spending of mining and petroleum revenues is is not covered by EITI. Nevertheless, transparency and safeguards are needed for mining and petroleum revenues, not just as far as the consolidated revenue fund, but all the way to the point of service delivery.

One of the reasons that I am a big supporter of this program is that I led a team in Nigeria to manage their EITI project in 2004-2007. While it wasn’t the panacea to Nigeria’s governance challenges, it was a powerful driver of change.

Firstly, the Initiative helped the Nigerian government to undertake an audit of the financial systems for tracking oil revenue flows, then recommended ways to improve these. This enabled reformers to tighten up some of the country’s basic accounting systems to better track funds.

Secondly, improved data enabled Nigeria’s federal government to publish detail of payments to sub-national governments. Each month the newspapers would run full page spreads of data on how much money was being paid to each of the state governments. These newspaper editions would quickly sell out, and Nigeria’s finance minister, Ngozi Okonjo-Iweala, described them as ‘the most boring best seller’. The effect though was to empower concerned citizen to scrutinize state governments.

Thirdly, EITI also shone a light on big systemic weaknesses, notably the veil of secrecy and corruption around the Nigerian National Petroleum Corporation (NNPC), which was the main conduit for oil tax revenues and dividends. According to Transparency International, NNPC is one of the eight most corrupt oil companies in the world, so taming this beast remains one of the Nigerian government’s biggest challenges — and acts as a cautionary tale for other resource rich countries.

If you are interested, you can find out more on EITI in Nigeria here and more about NNPC here.

EITI is a valuable initiative to encourage greater transparency and accountability of resource revenues. Australia’s signing up is an important step forward and will contribute to a more informed debate about the contribution of the mining sector and fiscal policy.

Indirectly it will also put pressure on other countries that haven’t yet joined EITI. There is a strong case for PNG to join the scheme, not because Australia has joined, but because Papua New Guineans should have a right to know how their mining and petroleum wealth is being managed. A light needs to be shone on the payments to SOEs, provincial governments and landowners.

Nevertheless, we also need to be realistic about what EITI can achieve. The case of Nigeria illustrates how transparency can encourage improvements, but also that it needs to be part of a broader program of reform. EITI can help, but is is by no means the whole solution.