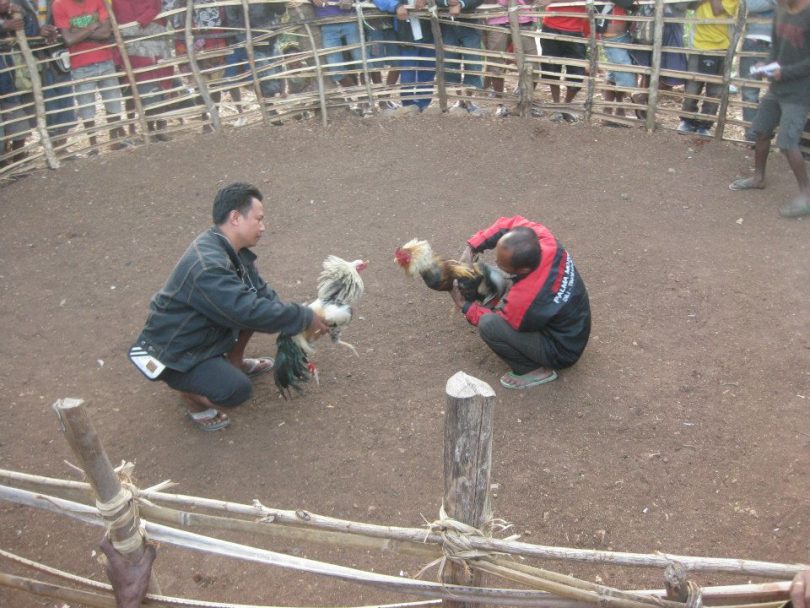 Political campaigns in Timor-Leste are sometimes described as festa demokrasia. Between concert style rallies where party faithful festoon themselves in team colours and dance, and motorbike-borne parades where militante (supporters) wave flags, rev engines and honk horns, this is a place where few are shy about showing their enthusiasm for democracy.

The recent election was no exception. On 19 March Timorese voted for a new president. The term of office is five years, and includes the power to veto legislation, appoint ministers and, if “a serious institutional crisis” blocks the formation of a government or causes the repeated rejection of its program, dissolve parliament.

The field this year was distinguished by many new-comers, but remained dominated by the old-guard. Legendary diplomat and ex-president, Jose Ramos Horta, benefiting from the support of Xanana Gusmao’s CNRT Party, gained 46% of the vote. The incumbent, Franciso ‘Lu Ulo’ Guerres, leader of not just his country but also his political party, FRETILIN, got 22%. On 19 April Horta won the run-off convincingly. He takes office on 20 May.

As we wait to see how things play out, it is worth reflecting on what this election and its aftermath have taught us so far.

Politicians, Timorese sometimes say, can be like the ai kakeu (casuarina tree), liable to blow this way or that with the wind. As anywhere, campaign rhetoric is best not interpreted too literally, but if there is something even a casual observer can take from a Timorese election, it is that this place is awash in youthful energy. As Horta prepares to take office he will be well aware he needs help make this a boon, not a liability.

Another metaphor from Timorese life that matters in its politics is futu manu (the cockfight). A staple of Sunday afternoons at the market, a cockfight is essentially a knife fight between chickens. The birds, blades secured to their spurs, fight until one is killed or driven off. Of course in the 2022 election no one is getting knifed, but even deployed in a light-hearted way the metaphor is clear – politics is a man’s game. Winner takes all.

The roots of partisan enmity in Timor go deep, forged amidst contested histories of resistance, exile and survival. Still, since independence, respect for the older generation has been increasingly tested by weariness at ongoing drama between them and a sense that it might be better if they started yielding to those shaped more by the struggles of peace than war.

While Horta and Lu Ulo were always favourites, many of the others running for office were people who had made their names outside of politics. A full quarter were women. There is some excellent analysis looking at their identities in detail (see University of Melbourne’s Election Watch, The Diplomat and SBS News) but suffice to say figures like Milena Pires, Virgillo Guterres and Antero da Silva exemplify a new breed of Timorese political actor whose time is coming.

Like anywhere else, when it came to mustering votes small ‘s’ substance has a hard time competing with big ‘P’ Politics. Events like the presidential debate or the “women are ready to lead” forum were widely watched, but lacked the mobilising power of mass campaigns with songs such as “Red [FRETILIN] will win [and you’re going to] fall over, darling” or CNRT’s response, “Red will fall on its arse. White [CNRT] will win!”.

The extraordinary 77% turn-out confirms that Timor-Leste is an intensely political place, but could it be even higher? Maybe. Some (for example these students in Dili) had difficulty registering to vote away from home. In Australia most Timorese workers were simply unable to register. These issues, though minor, matter in a country that is increasingly young and mobile. It is worth considering that while progressive, non-partisan Milena Pires didn’t get 1% of the vote in Timor-Leste, among Timorese abroad she performed very strongly.

President Elect Horta has form as a pragmatic optimist, noteworthy for his interest in policy, which he sometimes uses his Facebook page to expound on. A recent post proposing that Timorese citizens should have the right to freely work and travel in Australia is a good example of his ambition, envisaging Timor-Leste not so much as an aid recipient as a small country with a unique strategic position it can use to further its interests.

Domestically Horta finds himself in a tricky position. He was elected with the endorsement of Xanana Gusmao’s CNRT party, secured, in part, through a commitment to dissolve the FRETILIN-led coalition government. This would give Gusmao a shot at returning to power this year instead of the next. Opinions differ on whether it will happen. Some argue that Horta may encounter constitutional barriers. Others that he could find political or practical reasons to defer. In politics anything is possible, but whichever way it goes people on one side or another of the CNRT–FRETILIN cockfight are going to be upset.

Another emerging point of contention is a massive US$1.13 billion amendment to the 2022 state budget tabled a week after the election, bringing it to a record-breaking total of US$3.2 billion. Not only is two thirds of the total made up of an unsustainable US$2.4 billion transfer from the country’s petroleum fund, but a full billion dollars of the additional money is for a “veterans fund”. By contrast about a 0.1% of this went on scholarships. In Timor-Leste history still determines not just where the votes go, but the money too. Horta says that he will reject the bill if it comes across his desk unchanged.

The good news is that President Elect Horta is genuinely committed to dialogue, and has the skills and political standing to effectively use it. If anyone can bring Timor-Leste’s divided polity together it’s him. He’s done it before.

A country’s viability should not be judged on what challenges it faces, they’re a given, but whether it can deal with them peacefully. Once again, in its paradoxical way, even as the feathers fly in Timor-Leste’s ongoing political cockfight, it is clear that the country’s reputation as one of Southeast Asia’s strongest democracies is well deserved.