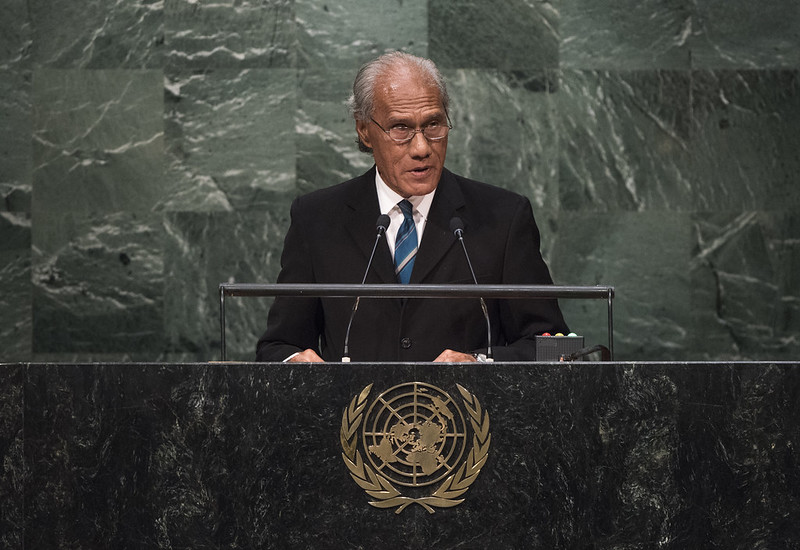 Tonga’s most prominent political group Paati Temokalati ‘Otumotu Anga’ofa (PTOA) is sorely missing its leader, the late prime minister ‘Akilisi Pohiva in this year’s general election. Since ‘Akilisi’s death in September 2019, PTOA is so fragmented and plagued by infighting that it appears to have lost its polarising effect among Tonga’s voters. ‘Akilisi’s death has left a political vacuum that is hard to fill.

‘Akilisi and PTOA’s popularity in elections was amplified when King Tupou VI prematurely dissolved parliament in August 2017. In the November 2017 general election, ‘Akilisi and his PTOA candidates won 82% of the seats, that is, 14 out of the 17 People’s Representative seats. ‘Akilisi was re-elected Prime Minister for the second time.

On 18 November, some 60,000 Tongan voters will go to the polls to elect 17 People’s Representatives (PR) from a total of 73 candidates. Just 12 are women. Over half the candidates, including seven women, are contesting 10 seats in Tongatapu. Meanwhile, 33 nobles will also elect from among themselves nine Nobles Representatives. 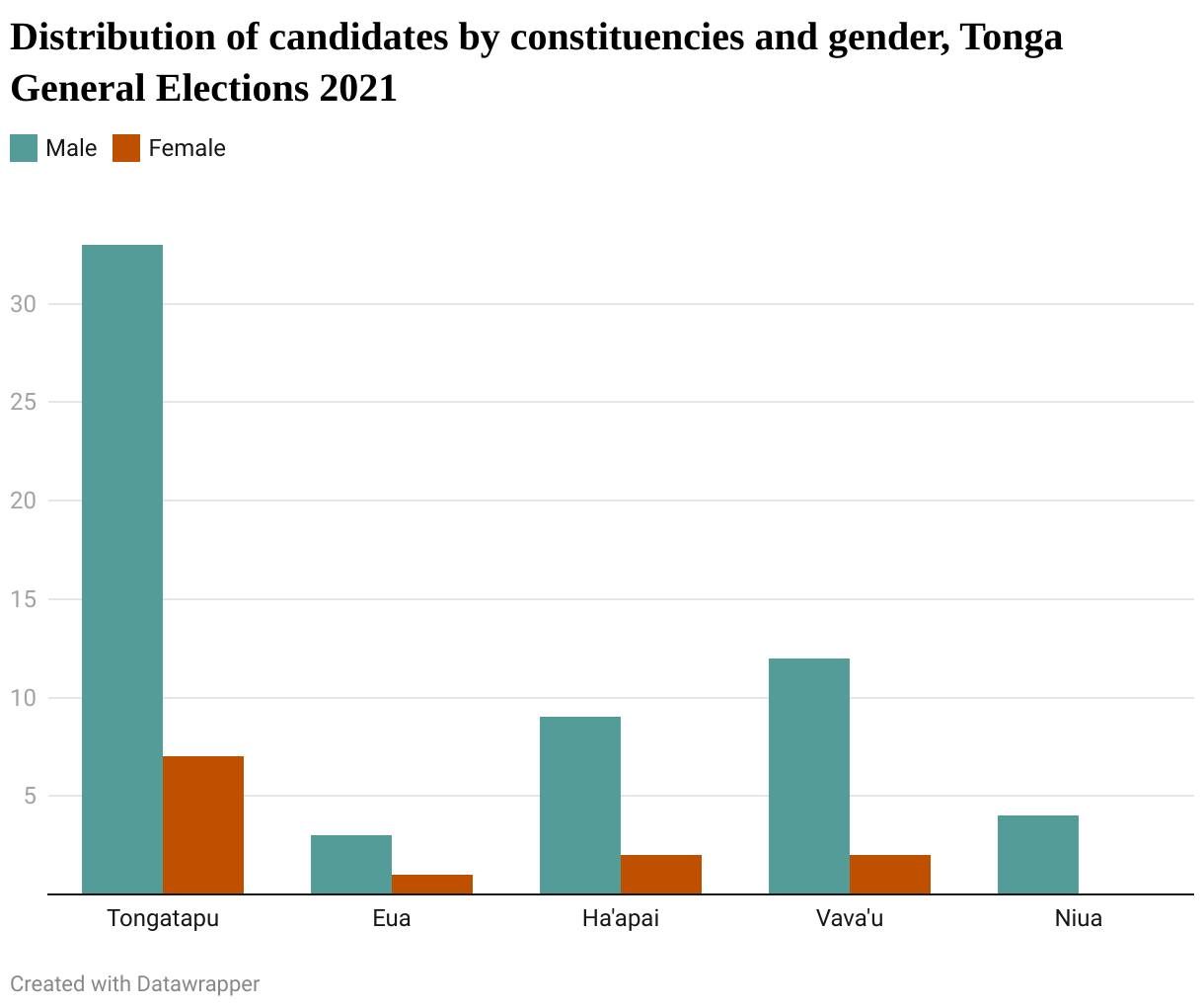 This is the fourth election since the introduction of political and democratic reforms that has removed most of the Monarch’s executive powers, created eight additional PR seats, and had the Prime Minister elected by his peers, from among whom he selects his ministers. The transition has not been without controversies thus raising questions for some Tongans about whether democracy has delivered on its promise of good governance, transparency and accountability.

All 15 sitting Members of Parliament, including an unelected MP and Minister are re-contesting their seats, except for the vacant seats of Tongatapu 7 and Vava’u 16. The Tongatapu 7 seat was held by the late Sione Fa’otusia who was Minister for Justice and Deputy Prime Minister. Fa’otusia was absent in New Zealand on medical leave for a prolonged period until December 2020.  Upon return, he resigned from Cabinet. He later joined a faction, led by PTOA’s Semisi Sika that unsuccessfully tabled a no-confidence motion to oust Prime Minister Pohiva Tui’onetoa.

The Vava’u 16 seat was held by ‘Akosita Lavulavu, who was the Minister of Infrastructure until July 2021 when she and her husband were jailed for six years for fraud. ‘Akosita entered Parliament through a by-election in 2016, winning the Vava’u 16 seat. The seat was formerly held by her husband, Etuate Lavulavu whose 2014 election was declared void by the Courts following a successful petition by two losing candidates. ‘Akosita was re-elected in the 2017 general election. Along with Losaline Ma’asi, they were the only women to be elected out of the 15 women that contested the 2017 election.

Nine of the 15 MPs who are recontesting the elections have held their seats for two consecutive parliamentary terms. They include PM Tui’onetoa and four of his ministers, Siaosi Sovaleni, Poasi Tei, Tevita Lavemaau and Samiu Vaipulu. Vaipulu who is Deputy PM and Justice Minister is a three-term MP and was one well before the reforms. Semisi Sika is the other three-term MP.

Many Tongans may be keeping a close eye on Siaosi Pohiva, son of the late ‘Akilisi Pohiva who is leading another PTOA faction. Siaosi is recontesting Tongatapu 1 constituency, the seat his father held until his death. He was elected in a by-election in November 2019, winning by the slightest of margins of 16 votes. He is up against a PTOA faction candidate Ikani Taliai and a businessman Tevita Puloka. The outcome for this seat will have legacy implications for ‘Akilisi Pohiva.

Election issues tend to be constituency-centred and focused. The institutionalisation of constituency development funds appears to be developing a trend towards clientelism. Some PTOA candidates believe this constituency-based focus is diverting MPs’ attention away from broader national development issues.

Otherwise, there are no distinguishing electoral issues to separate candidates and political groups. Everyone is talking about the same issues – sustainable development, economic security, illicit drugs, COVID-19, health and safety. Although one faction of PTOA candidates propose political reforms, the polarising effect of ‘Akilisi – especially his moves against the  monarchy and nobles which rallied many Tongan voters – is missing in this year’s election.

Ema Ivarature is a freelance researcher who has degrees in law and politics from Victoria University of Wellington, New Zealand, University of the South Pacific and The Australian National University. She was formerly Assistant Legislative Counsel at the Tonga Legislative Assembly.