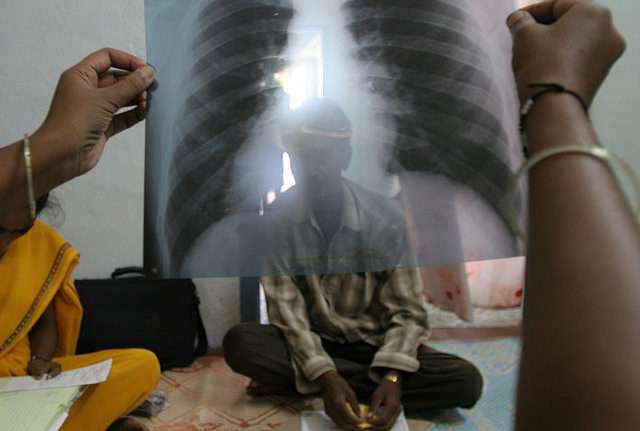 A recent ChildFund report focused movingly on the scourge of childhood tuberculosis (TB) in Papua New Guinea (PNG), and its complex causes. But, as with many reports on TB, it was largely silent on the new solutions that could genuinely accelerate the end of TB.

This is one of the tragedies of TB. Not that it exists, but that the current global health paradigm too often ignores, delays or sometimes even undermines emerging new solutions. What is even odder is that these solutions are imminent, feasible and would have a huge impact on the lives of patients in PNG and globally – sometimes needing only the awareness and support of global health experts and organisations working in the field to come to fruition.

The facts of TB in PNG are not in dispute: infection and drug-resistance statistics are some of the highest in the world; and children are a distressing one-quarter of all cases, far more than the ‘normal’ 10 per cent of TB cases. The causes are equally well rehearsed – poverty, overcrowding, poor health systems, weak governments.

The problem is the proposed solutions, as summarised in the ChildFund report, which are at best optimistic and, at worst, fictions. The Strategy to End TB, developed by the World Health Organization (WHO), proposes “early diagnosis through active-case finding by systematic screening of contacts”. Sounds great doesn’t it? But there is no screening tool. The WHO’s ‘screening tool’ is “questioning patients for symptoms and Chest X-Ray where available”, a wishful dream for PNG villagers living hours from the nearest health centre, let alone a hospital with an X-ray machine and radiologist.

The other proffered solutions in the WHO’s strategy are similarly optimistic. “Treatment of all patients” is recommended, with a cheerful note that “the medicines for TB really aren’t that difficult”. But, by ‘not that difficult’ clinicians mean daily tablets for six months for simple cases of childhood or adult TB. For drug-resistant TB, they mean hospitalisation for many months to administer daily injections and cocktails of pills, followed by up to two years of multiple daily pills.

More shockingly, at the end of these years of painful and often toxic drugs – blindness and infertility are not uncommon side-effects – half of patients with drug-resistant TB will not be cured, and a dreadful 84 per cent of patients with extensively drug-resistant TB will fail treatment or die. WHO’s recently announced “shorter” regimen is still a cocktail of seven daily pills and injections for nine months to a year, with side-effects and toxicity a common sequel, and is only suitable for a subset of patients.

It is true that the broader solutions of economic growth, an effective health system, decreased corruption, a health-aware populace, and a road system giving access to remote areas would solve the problem of TB in PNG – but turning PNG into Singapore, or at least Indonesia, is not a feasible short- (or even medium-) term solution for patients with TB.

In fact, at the current rates of reduction, the WHO’s target to cut TB deaths by 95 per cent and new cases of TB by 90 per cent will not be reached until 2182. I wish this were a typo but it’s not.

Now for the truly surprising bit. The new tools we need to end TB by 2035 – the new drugs, diagnostics and vaccines – are being made; you just don’t hear about them and, in most cases, TB experts and governments don’t mention or fund them. New TB drugs are now in trials that are curing patients with drug-resistant TB in twelve weeks, with once a day tablets. No injections, no hospital, no two years of treatment, no failure rates. Cure. And they could be available in a few years if the world could get together and collectively provide $25m each year for the next four years. That’s $25m a year – between all of us.

New TB tests are being made to replace the WHO-recommended TB test from 1896 (another case of ‘I wish this was a typo’). They include a portable battery-run TB test that can go to patients instead of patients travelling to hospital; and tests to detect TB in breath, urine or stools (less than $4 million in required funding to finish one of these), which could be used for children who can’t ‘cough up’ or who have TB outside their lungs. And new tools are being developed to find out why it’s so hard to make an effective TB vaccine, with a solution still years away.

Of course new tools aren’t the whole answer, but they absolutely must be a key part of it.

So what’s the problem? Well, it’s us. TB clinicians who continue to say, as at the 2015 Asia-Pacific TB meeting in Sydney, that “we have the tools we need” (I bet patients would disagree). Experts who frighten off governments by circulating stories that it takes $1.5 billion and 15 years to make a new medicine – which are nothing but misleading figures taken from a different field. And aid agencies who worry about TB but won’t fund the new tools: in the last reported year, only two government aid agencies in the world gave $10 million or more to develop new TB tools (UK at $21m, US at $17m) – Australia’s aid agency gave a total of $5 million.

So, what can PNG and Australia do? Countries like PNG can inform themselves of the potential new tools they could have and pressure donor countries to support their development. Countries like Australia must give more generously to fund these new tools and the predominantly international non-profit groups who make them (Australia’s limited pharmaceutical research industry means it cannot play this role). And TB doctors need to start getting angry on behalf of their patients – the status quo is simply not good enough.

The parallel universe where TB treatment is still in the 1900’s must end. And this means not just new health systems, but new thinking.

Mary Moran is Executive Director of Policy Cures, an independent neglected disease research group based in Sydney. This post is published in collaboration with Policy Forum, Asia and the Pacific’s platform for public policy analysis, debate and discussion.