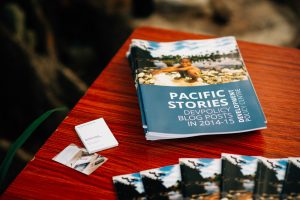 ‘The New Pacific Diplomacy’, edited by Greg Fry and Sandra Tarte and published by ANU Press, was launched recently at USP in Suva and was sub-launched in Port Vila. This collection documents the fundamental shift in the way that Pacific island states engage with regional and world politics, a shift that dates back to 2009 and remains ongoing.

The second edition of ‘Pacific Stories’ was also launched. Co-edited by Tess Newton Cain and Matthew Dornan, and published by the Development Policy Centre, it brings together some of the best Pacific-focused contributions to the Devpolicy Blog. The collection covers the period from mid-2014 to the end of 2015 and explores political developments and other topics of importance to the region, including climate change, labour mobility, regionalism, gender equality, and resource management. It is also available to download as a PDF.

Fe’iloakitau Kaho Tevi launched the books. In a short but powerful speech, he outlined some of the important changes in the way that Pacific diplomacy is conducted. He gave an insight into how the leaders of the Pacific island region have, since 2009, looked for new spaces in which they can discuss issues that are of importance to them relating to new approaches to development, decolonisation and providing global leadership in relation to climate change. 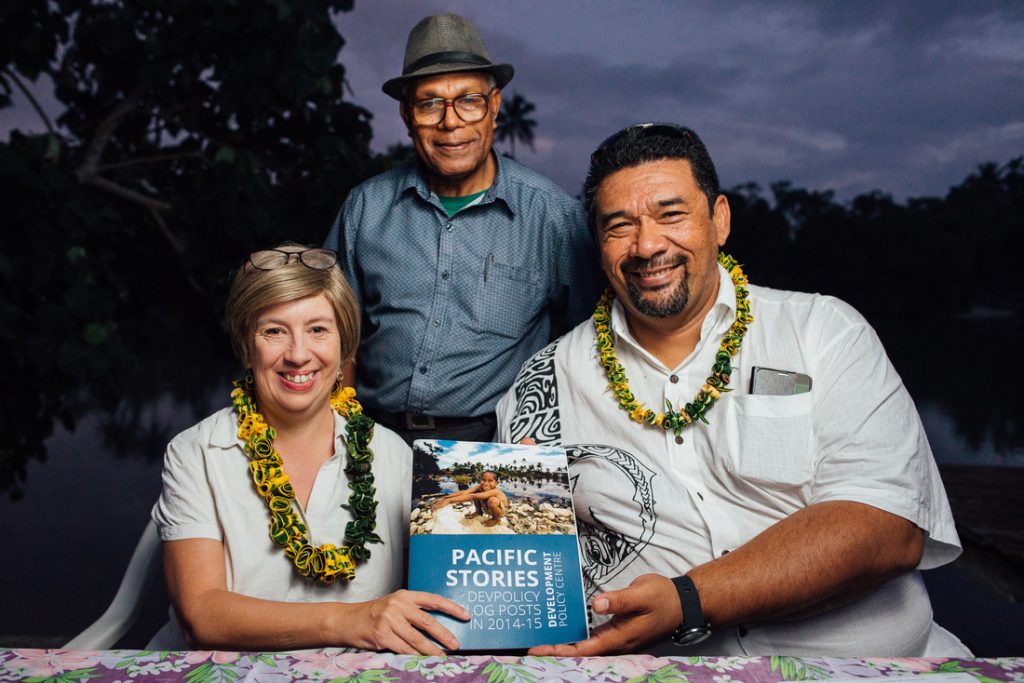 The launch event was sponsored by TNC Pacific Consulting.

These publications have a lot to offer to those who need to understand more about the Pacific island region. The authors, editors and publishers hope they will be important resources for policy makers, educators, development partners, civil society, the private sector and others.

For those with an interest in Vanuatu politics, Dorosday Kenneth Dhressen and Tess Newton Cain will be presenting a seminar titled ‘Stories from the Inside: How we got women onto municipal councils in Vanuatu and what happened next…’ at SSGM next week (Monday 20 June, Hedley Bull Lecture Theatre 2, ANU, 3pm).