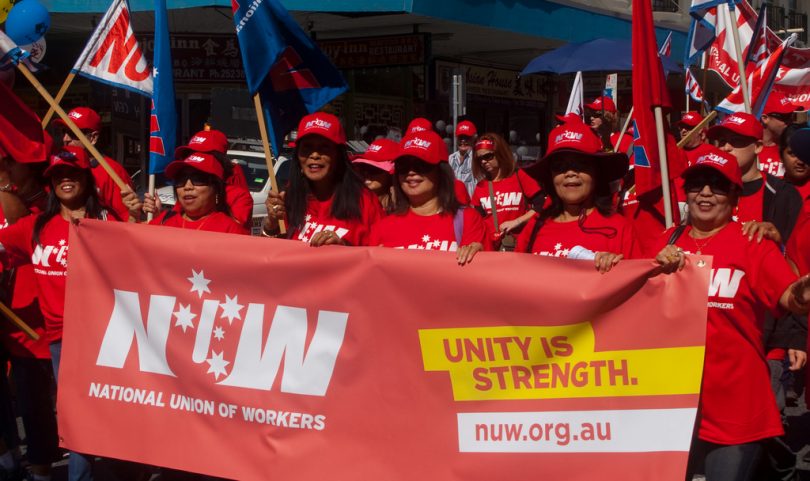 Stephen Howes has reacted critically to a recent article in The Guardian, which highlighted exploitation of workers under Australia’s Seasonal Worker Program (SWP). Earlier this year, he made similar criticisms of an article in the Fairfax press on the exploitation of ni-Vanuatu SWP workers.

Howes argues correctly that the exploitation of backpackers is more extensive and less regulated under Working Holiday Maker (WHM) visa schemes. But as a journalist who has written extensively on seasonal labour programs, I would argue that these stories reflect growing concern in Australia and the islands over the lack of protections for seasonal workers, at a time when the SWP is expanding into new sectors.

It’s a bit rough criticising the media for targeting the SWP, given a number of recent exposes of exploitation in other sectors offering low-skilled precarious employment, from backpackers in the horticulture sector to the 7-Eleven network, Domino’s pizza, United Petroleum, and other franchises.

Supporters of the SWP and New Zealand’s Recognised Seasonal Employer (RSE) program need to address the ongoing reluctance of many employers to be regulated by the state, trade unions and self-organised workers. For many years, Pacific trade unions have sought greater involvement in the management and implementation of these schemes, but have faced hostility from government, employers and peak bodies like the National Farmers Federation (NFF), in both sending and receiving countries.

When media reports have documented cases of worker exploitation, industry’s common response has been to blame a few “bad apples”, rather than address the fundamental imbalance of power between an employer and a non-citizen worker. Temporary migrant workers face the same challenges as Australian workers – around pay, conditions and health and safety in the workplace – but without the rights and protections of citizens, and generally with less understanding of local labour laws, taxation and superannuation systems.

This imbalance has been highlighted in report after report after report on temporary labour mobility: the 2008 Deegan inquiry into s457 skilled workers; the 2016 Joint Committee on Migration report into the Seasonal Worker Program; or the 2016 Senate employment references committee report, appropriately titled “A National Disgrace.”

In Australia, there is a low level of unionisation in the horticulture sector, which relies on casual labour, grey nomads and backpackers, especially at harvest time. Without an organised workforce, there is growing evidence of unfair practices affecting overseas workers. The most common concerns expressed by SWP participants are: unreasonable deductions; unreasonable overtime and piece rates; overcrowded accommodation and above-market rate charges for accommodation and transport.

Howes has previously argued that most Pacific workers are happy with a well-paid job in Australia and New Zealand – however dirty, difficult or dangerous – rather than no job at home. But this truism is undercut by growing union organisation around the RSE and SWP and more public complaints by Pacific seasonal workers about rip-offs and unfair deductions for housing, transport and other costs.

With changes to the SWP announced in 2015-16, the revised program has increased “flexibility” for employers, to encourage greater participation in the scheme. In reality, this “flexibility” has shifted some costs away from the employer to the overseas worker (for example, an increased share of international airfare and domestic transfer arrangements). The requirement for employers to guarantee a minimum of fourteen weeks has also been removed, even though the Approved Employer must demonstrate that seasonal workers will receive a net financial benefit of at least $1000 from their participation.

Generally, employers have not addressed core problems for women as overseas labour migrants – including workplace sexual harassment and costly childcare – except by segregating women into lower-paying work (such as the packing sheds rather than fruit picking).

SWP workers also face specific vulnerabilities and challenges in exercising their rights due to visa conditions specific to the program. Visa requirements specify that workers may only remain in Australia while they continue to be employed by their sponsor (the Approved Employer) and cannot work for anyone other than their sponsor while in Australia.

In their submissions to the Senate inquiry into the Seasonal Worker Program, both the National Union of Workers (NUW) and the Fair Work Ombudsman (FWO) reported that workers are fearful of making complaints or taking action against exploitative employers because of concern about retaining their visa. The NUW states that these fears mean that there is “significant risk that problems experienced by workers participating in the scheme are underreported”, while the FWO acknowledges compliance challenges, including “the transient nature of visa holders; language barriers; visa holders’ limited understanding of workplace entitlements; and their concerns about their visa status.”

When workers do organise to resist unfair practices, they can be threatened with loss of future employment. Earlier this year, Australia’s largest SWP approved employer MADEC acknowledged a “misunderstanding” after it pressured ni-Vanuatu workers to quit the NUW or face loss of return employment.

For these reasons, Australia’s seasonal labour scheme needs to have greater safeguards built in to protect workers’ rights and guarantee freedom of association. There should also be a transparent and independent mechanism for dispute resolution to manage conflicts when they arise, and more funding for dedicated inspectors from statutory bodies like the FWO.

There are a number of other practical measures that could be taken to address these concerns within the SWP and RSE:

Nic Maclellan is a correspondent with Islands Business magazine (Fiji). He co-authored a chapter for the 2006 World Bank report “At home and away: expanding job opportunities for Pacific Islanders through labour mobility” and has reported widely on the SWP and RSE schemes. Disclosure: he is a member of the Media Entertainment and Arts Alliance (MEAA), the union which works to protect the rights of journalists.