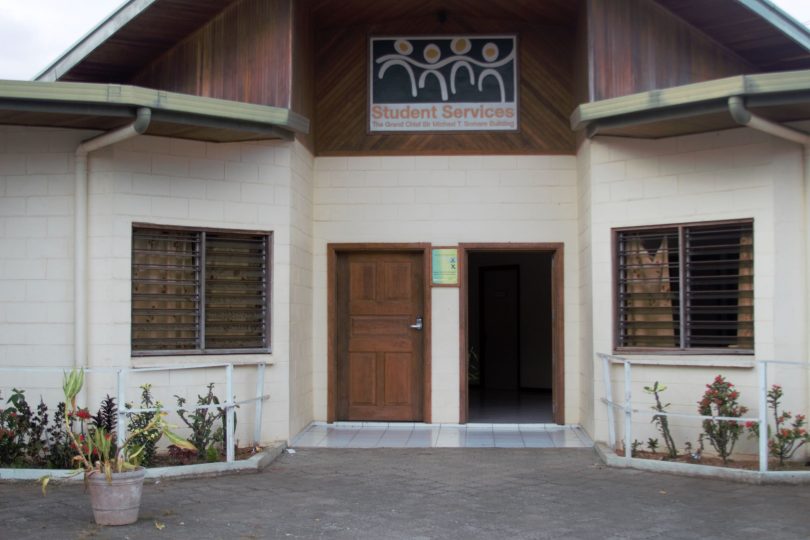 Divine Word University (DWU) is in Madang, on the northern coast of the Papua New Guinea (PNG) mainland. DWU is a Catholic university, with approximately three thousand students. Students are not allowed to drink on or off campus. Consuming alcohol is a category D offence under DWU’s 2019 student disciplinary policy, resulting in suspension and termination.

And yet drinking at DWU, as at other PNG universities and indeed many universities around the world, is commonplace. I interviewed 22 students at DWU to find out more. In this first blog in a series, I report on student views on the issue.

The interviewees were all senior students (years three and four). They were randomly selected in terms of gender, faculties and departments. I had no prior knowledge of which students drank or did not.

12 student interviewees were male and 10 were female. 16 of the 22 said they consume alcohol. Some consume alcohol on special occasions only, but others drink frequently.

It might not be the same students that consume every weekend. But every weekend there is at least a group of students who are drinking. They could drink all night. Sometimes students go out to buy more alcohol and come back in.

From my experience, DWU students are known for drinking till daybreak and they can even drink until they don’t have any cash left. That’s what I see. Mostly male students, I don’t know about female.

The length of binge drinking episode depends on each student, varying from eight hours to a week. One male participant openly admitted to binge drinking, saying:

Yes. We do practice it. I can drink beer for continuous days like, maximum would be, 5–7 days.

Here is some of what the students told me:

Most of the boys in this school, most likely drink every weekend. They find a way, even when there’s an alcohol ban… they find a way. But, for the girls, it’s really hard to tell because they hide and drink in the dorm.

For the boys, I’ve seen that they can do this binge drinking. Like they can drink for days and they’d still go and look for alcohol to consume the next day. But I’ve never seen girls doing that. I think the limit for girls, how long they can consume alcohol, may be for 2 days or so.

Where are the students drinking? The students normally consume alcohol in their dorms. However, sometimes they drink off campus in relatives’ or friends’ residential areas, or in settlements, because they are afraid of being caught by the university.

The interviews revealed that students prefer drinks that help them become intoxicated quickly, and are cheap. They like drinks with a high alcohol percentage, either home-brewed (called ‘steam’ or ‘fire-wara’[1]) or store-bought cheap liquors, ‘hard stuff’, such as Captain Moresby, Warrior and/or Coffee Punch. These are affordable, have a high alcohol content, and are marketed to young people. Students rarely consume beer because it is too expensive, and because it has a lower alcohol content. Participants were open about their choices and the reasons for them:

Steam, ‘fire wara’. Well, that’s when they have no money and most of the time, we don’t have money…

So for the boys I’ve seen that if they drink particular hard stuff, and if the hard stuff are finished they go out to Gav Stoa[2] to just get steam… it’s an easy buy out at Gav Stoa… it’s gonna make them go the next day or if they finish it within the hour then they can continue… it’s gonna take like 3–4 days for them drinking… From my own personal view I’ve seen boys drink that much. I’ve seen that most of the boys they just drink every weekend. Almost every weekend. They don’t just drink store bought alcohol, all they go for is steam and homebrew. I’ve asked them why they go for just steam and homebrew, they say that ‘this is 100% full alcohol’. So they can get 10 containers and drink. It’s normal to them.

In the next blog, I look at why students drink, how they pay for it, and the consequences of that drinking. In the third blog, I look at how they get away with it, and what students think of the ban on alcohol.

[1] These are types of home-brewed alcohol most commonly consumed by young people. In some cases they refer generally to home-brew alcohol, but in some instances steam refers to brewing alcohol using yeast, while fire-wara or ‘yawa’ refers to mixing fermented fruits to make alcohol.

[2] This is an area outside of the university, near the main entrance. It is an informal market area near a settlement where people from that settlement sell garden food, cooked food, some store-bought goods, and cheap alcohol. Students enter the settlement to look for alcohol, or drugs like marijuana.

This is the first blog in a series on #Student drinking in PNG.

Correction 26 July 2021: An earlier version stated incorrectly that DWU was the only university in PNG to ban alcohol.

Lorelle Tekopiri Yakam is a Graduate Researcher in the Centre for Social Research at Divine Word University.