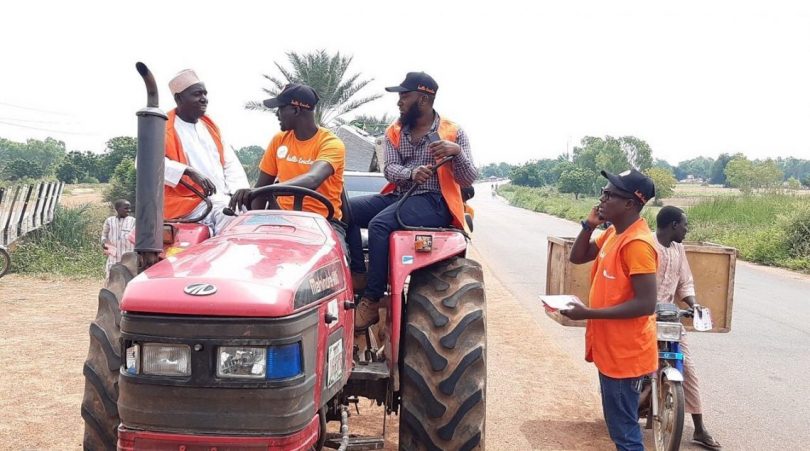 Up to 80 percent of the labour force in low-income countries works in agri-food, mostly on the farm. In high-income countries, the proportion is still about 10 percent, more than half of them off the farm in related food industry and services, and many, migrant workers. Unsurprisingly, much hope is pinned on the agri-food system to tackle the global challenges of good-job creation and poverty reduction.

Meanwhile, agricultural automation is advancing rapidly, especially in developed countries; localisation of food production is reducing access to external markets for developing countries; and anti-migrant sentiments are flying high. COVID-19 reinforces the trends of digitisation and deglobalisation. Furthermore, employment in agri-food historically declines as countries develop. So, what will be the role of agri-food in the future of work?

Overall, the challenge is to transition to fewer and better paying agri-food jobs, on-farm and increasingly off-farm along agri-food chains, without causing social havoc, while making maximum use of the many employment opportunities agri-food will continue to offer, particularly for youth. This challenge is going to be especially salient in Africa.

As countries develop, people spend a smaller share of their income on food, and more of it on nutrient-rich, processed, and convenient foods. This transformation is possible as farmers become more productive. Employment in agriculture declines, while new jobs are created off the farm, in the food industry and services, to cater to changing customer demands (Figure 1). The expansion of off-farm, agri-food jobs partly compensates for the loss of on-farm work. Generated in towns close to poor populations, these off-farm jobs have also been an important factor in reducing poverty.

This process takes time. As a result, the agri-food system will remain a major employer for many decades, especially for lower-skilled workers in low and low-middle income countries, even though the trend in agricultural employment is fundamentally downward. Agricultural productivity is a key driver of this structural change. In the developing world between 1960–2000, every half-ton increase in staple yields generated a 14 to 19 percent higher GDP per capita and a 4.6 to 5.6 percent lower labour share in agriculture five years later. Continued investment in public goods is required to make agriculture more productive and help sort its workers into on and off-farm activities including those in agri-food chains.

As the transformation unfolds, societies evolve from having a surplus of domestic farm labour to a shortage. With inelastic food demand, an increase in productivity (a shift in the supply curve) will lead to a significant decline in food prices. Land markets are usually inefficient and food value chain development sluggish. This slows farm consolidation and diversification to higher value crops, which are necessary for farm incomes to keep up with more secure and faster-growing incomes off the farm. Farming becomes increasingly unattractive for many, and agricultural workers become harder to find.

Agricultural deglobalisation and digitisation thus combine to (prematurely) close a door for agricultural labour and poverty reduction in lower income countries. But agricultural digitisation also offers important opportunities to increase labour productivity and raise incomes among many in the developing world. Hello Tractor, an Uber-like platform for tractor services that started in Nigeria, and Twiga Foods, a platform linking smallholder producers with urban consumers in Kenya, are just two examples. The applications are many and increasingly widespread, in agricultural extension, in finance (agri-wallet), in supply chain management (quality control), and in information management. Together they will accelerate the transformation towards fewer and better jobs, on-farm, and also off- farm, including in the broader agri-food system.

To maximally exploit the employment opportunities the food system offers, while brokering this transition, three policy areas demand attention. First, to raise agricultural labour productivity, we need to tackle several constraints at once. Inclusive value chain development (iVCD), which contractually links smallholder producers with other value chain actors, is increasingly the organisational solution of choice to accomplish this. Buyers can then secure higher volumes of better quality produce. They need this to access the more remunerative markets or to operate their plants at scale. Producers receive access to credit, agronomic knowledge, and a reduction of production, price and/or market risk. But many questions and challenges remain, including the role of producer organisations and how to increase the productivity of staple crops for which iVCD is less effective.

Second, pro-active measures must be taken to maximally benefit from agricultural digitisation and tackle deglobalisation. Accelerated regional integration in developing countries (such as the Africa Continental Free Trade Area) can help tackle the premature closing of overseas markets (for agricultural workers as well as goods). For new technologies to play their role, massive investment in skill development (including digital skills) must be pursued, commensurate access to infrastructure assured, and the threat of rising market concentration watched.

Finally, the global transition to fewer and better paying jobs, on and off the farm, is wrought with inertia and deep societal tensions. Many current farmers and agricultural wage workers will find themselves ill-equipped or too old to move off the farm. This situation often leaves a bifurcated agricultural workforce and a growing rural-urban divide: a minority of better educated, more entrepreneurial younger farmers does well, while the majority of mainly older farmers struggles to survive. Simultaneous expansion of social security systems to avoid reversion to ineffective protectionist agricultural policies is needed. Decoupling social insurance provision from employment holds promise, with the massive ramp up of social assistance across the developing world in response to COVID-19 offering a powerful platform to build on. Rising inequality, accelerated deglobalisation and technological backlash risk being the alternative.

An earlier version of this blog was published in the Brookings Institute Future Development blog series. The article on which this blog is based “The future of work in agri-food” was recently published in Food Policy.

Luc Christiaensen is a Senior Economist in the Offcie of the Chief Economist for the Africa region of the World Bank.

J. Edward Taylor is a Distinguished Professor in Agricultural and Resource Economic at the University of California, Davis.